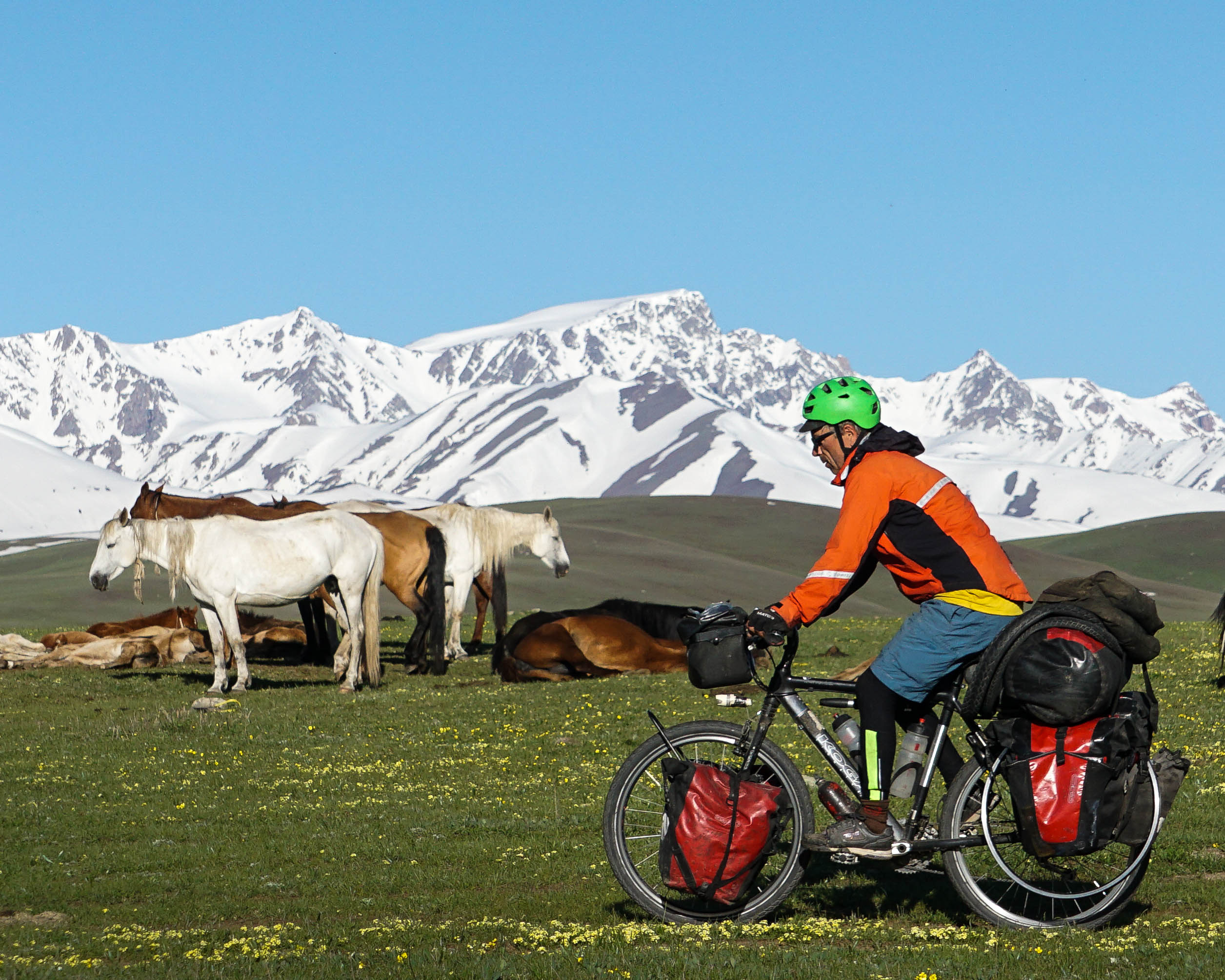 When you dream of something for more than a decade, expectations are correspondingly high. Over the years, we’d crossed paths with scores of cyclists who’d gushed about the sublime beauty of the Pamirs. Not surprisngly, Kyrgyzstan has been ranked the 4th best bicycle touring destination in the world.

Most of them left out the part about the vicious headwinds, meager rations and debilitating effects of riding a bike at 4,000 + meters.

I don’t blame them. In fact, I’m grateful for the brain wizardry that allows us all to remember the fabulously fun parts of life and conveniently forget the dull and dreadful bits.

Kyrgyzstan is one of the best destiantions in the world for bicycle touring. It is home to majestic mountain passes and crystal clear lakes.  The opportunities for exploring are almost unlimited thanks to the many backroads that criss cross the country.

And as we pedaled out of Bishkek, I was bursting with excitement and enthusiasm. What lay ahead would surely be some of the best riding of my life. The Pamir Highway! One of the most popular high-altitude cycling routes in the world. Finally the time had come to experience it for myself. I just hoped the mountain adventure would live up to all the hype.

Ask any long-distance bicycle traveler what she likes least about touring and riding in and out of big cities will surely garner a mention.

Thanks to cheap mobile phones and detailed (and free!) digital offline map apps like Maps.me, navigational headaches are now almost non-existent. Gone are the bad old days of flagging down locals in an attempt to find your way out of town.

If only technology could solve the problems of rutted roads and dangerous drivers. We bumped along out of Bishkek dodging potholes and vehicles being driven in such an erratic manner that I can only imagine the drivers had downed a pint of vodka for breakfast in lieu of pancakes and eggs.

On several occasions, I shook my fists, gave a single finger salute and spewed forth language that would have got me booted out of Sunday School. To no avail, the cars continued careening right and left with little regard for our humble mode of transport.

Finally, the traffic thinned out and the serious climbing kicked in. The road out of Bishkek curls up, and up and then up some more. Just when you think your legs can’t possibly pull you up another switchback, the climb tops out at Tor Ashu Pass (elevation 3586m).

Rather than the usual rejoicing, I stare despondently at the Tunnel of Doom. It’s a 2.6 km long Soviet-build corridor of death.

If you’ve followed this blog over the years, then you’ll know my heart starts racing and my knees turn to jelly anytime I’m faced with riding a stretch of road that’s been blasted through a mountain.

If Japan’s tunnels made me jittery, this Soviet-era monstrosity made me almost apoplectic. Apparently, the tunnel had claimed several lives in years past when people had died of exhaust fumes. Now the ventilation system had been upgraded and emergency teams posted at both ends of the tunnel.

Still, the tunnel was narrow with scant margin for error. Should a driver get carried away on his mobile phone or decide to overtake a slow-moving vehicle there was a good chance our tour would come to a premature end on Tor Ashu Pass. And that would be a huge shame since I’d die not having cycled the Pamir Highway.

Eric, bizarrely oblivious to my apprehension, blazed past towards the mouth of the tunnel.

Didn’t he know that prior to entering the potential death zone I needed to psych myself up, do some deep breathing, don my reflective vest, and switch on the bike’s flashing lights?

While I stared in stupefaction as my husband raced off, a security guard sauntered over. After jabbering away in Russian (or maybe it was Kyrgyz, I have no useful knowledge of either language) for some time, the gentleman took a look at my blank face and dumbed down the message.

He motioned towards the tunnel, formed an X with his arms and stated quite emphatically: NO!

That was followed by another barrage of Russian words only one of which I understood: MASHINA ('машина').

My heart soared! We were being barred entrance to the tunnel and would instead be driven through in a car. Just like the SOS Tunnel service in Chile that gives cyclists free lifts.

Well, not exactly. The part about being barred from the tunnel was correct, but getting a lift was up to us.

Fortunately, folks are friendly in Central Asia, and within a few minutes, we were loading our bikes into the back of a stranger’s pickup.

As we piled out of the vehicle safely at the other end of the tunnel and took in the stupendous mountain panorama, it really hit me: WE WERE BIKING THE PAMIRS! 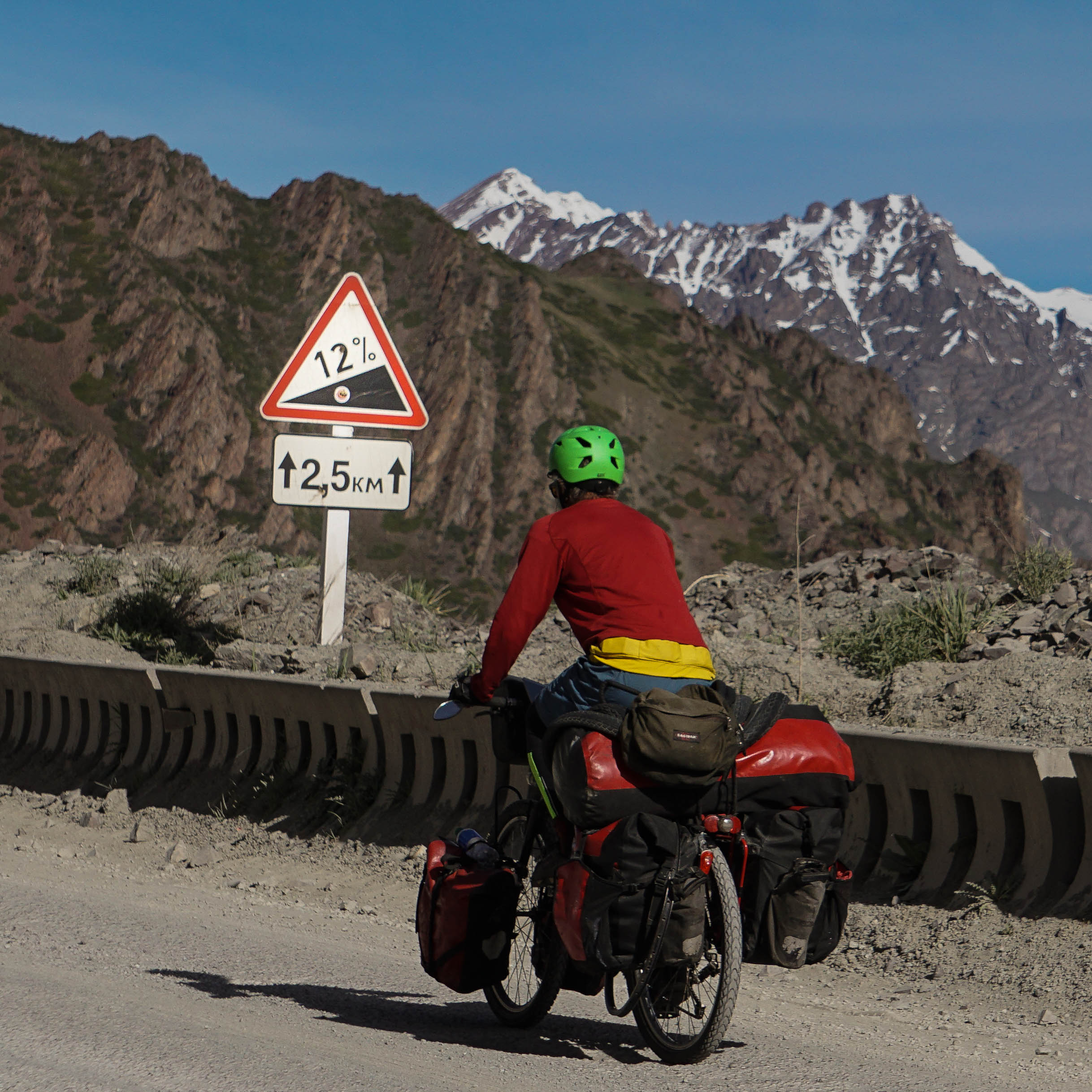 Once the road out of Bishkek starts climbing, It's a long, lung-bursting slog to the top. Heavy lorries chug alongside and drivers toot and cheer us on to the top. 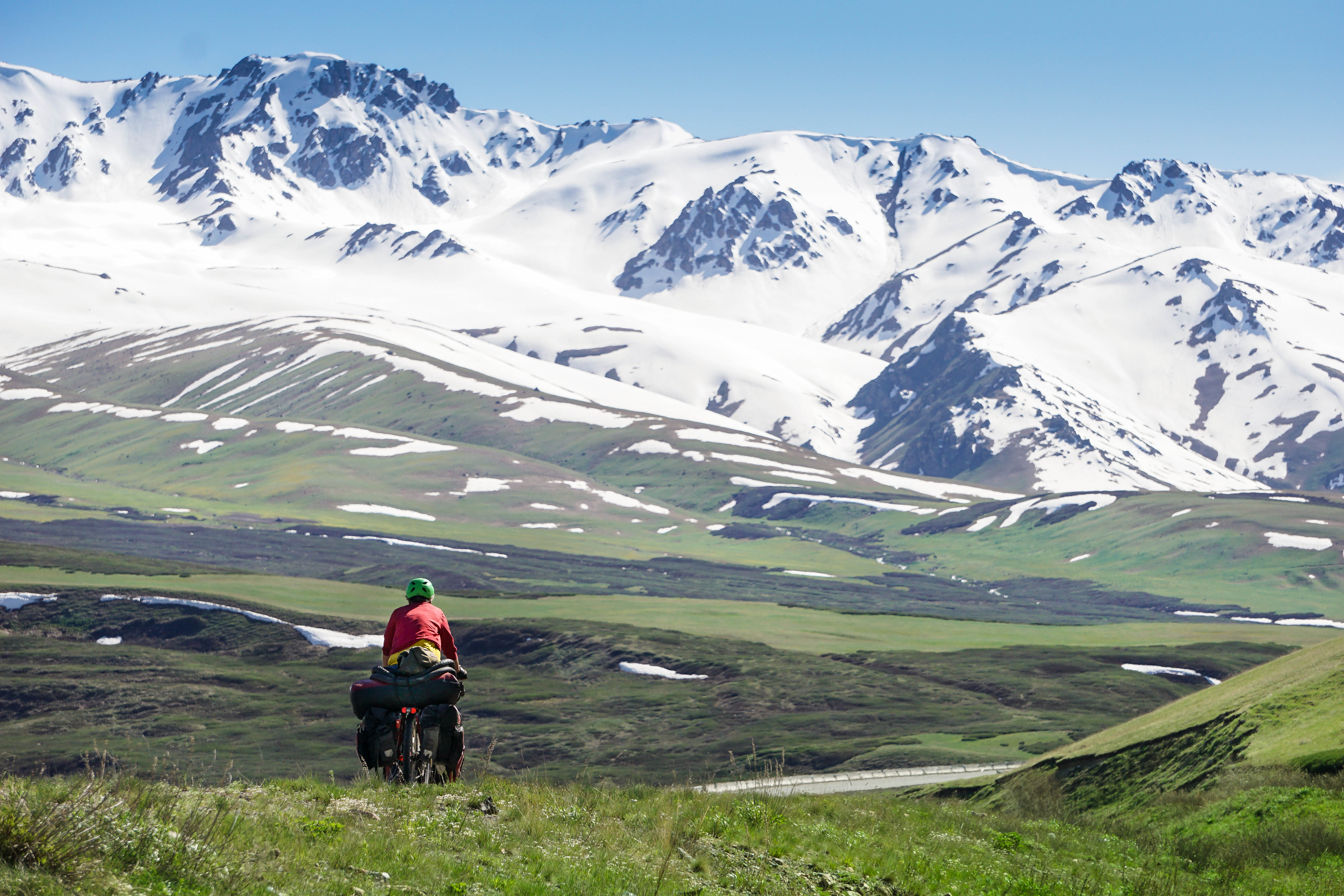 We were blown away by the quantity to snow still topping the mountains in the month of June. 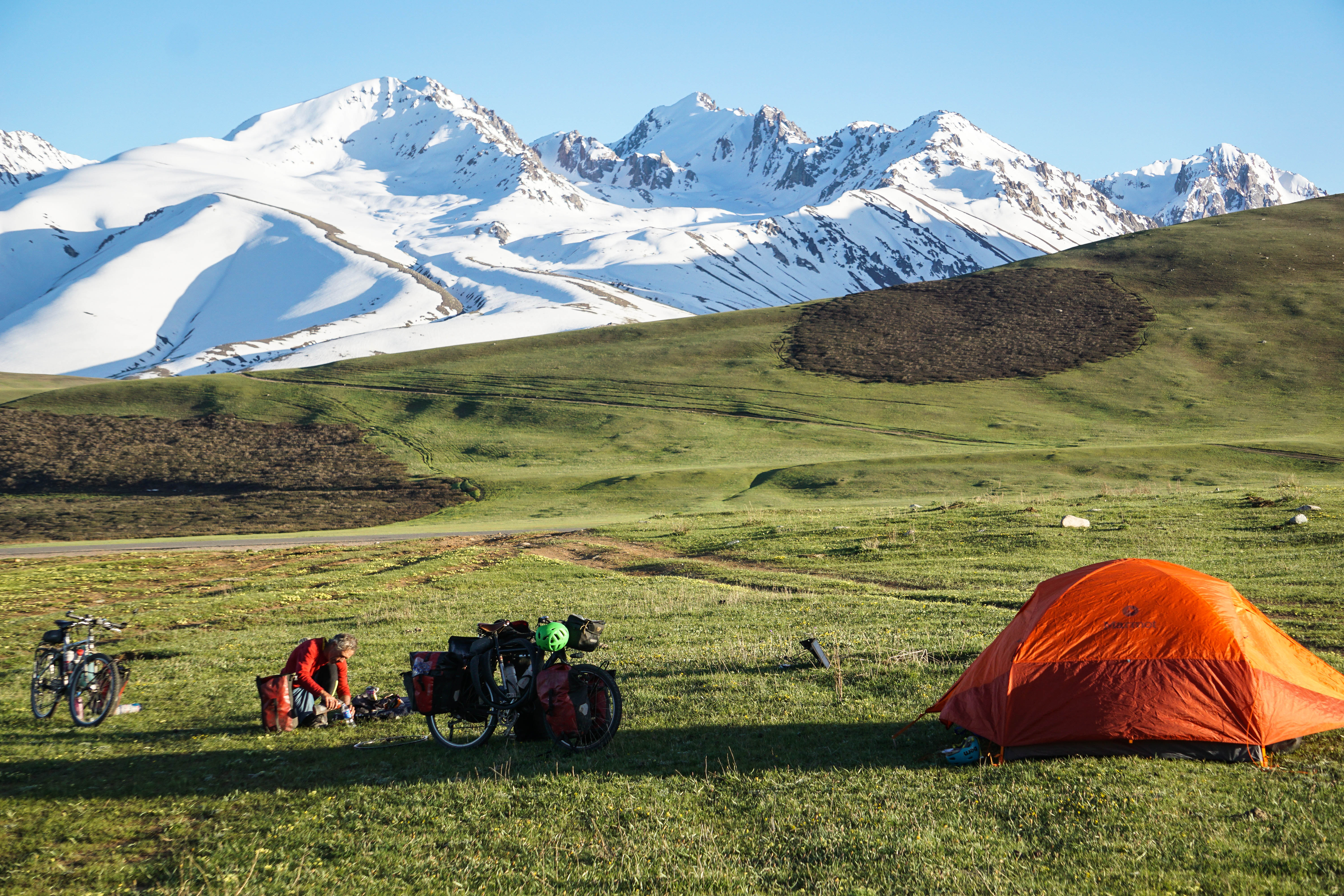 Not a bad spot to spend the night. This was near the top of the climb on one of the final switchbacks. Our legs just couldn't take us any further so we decided to call it quits for the day. 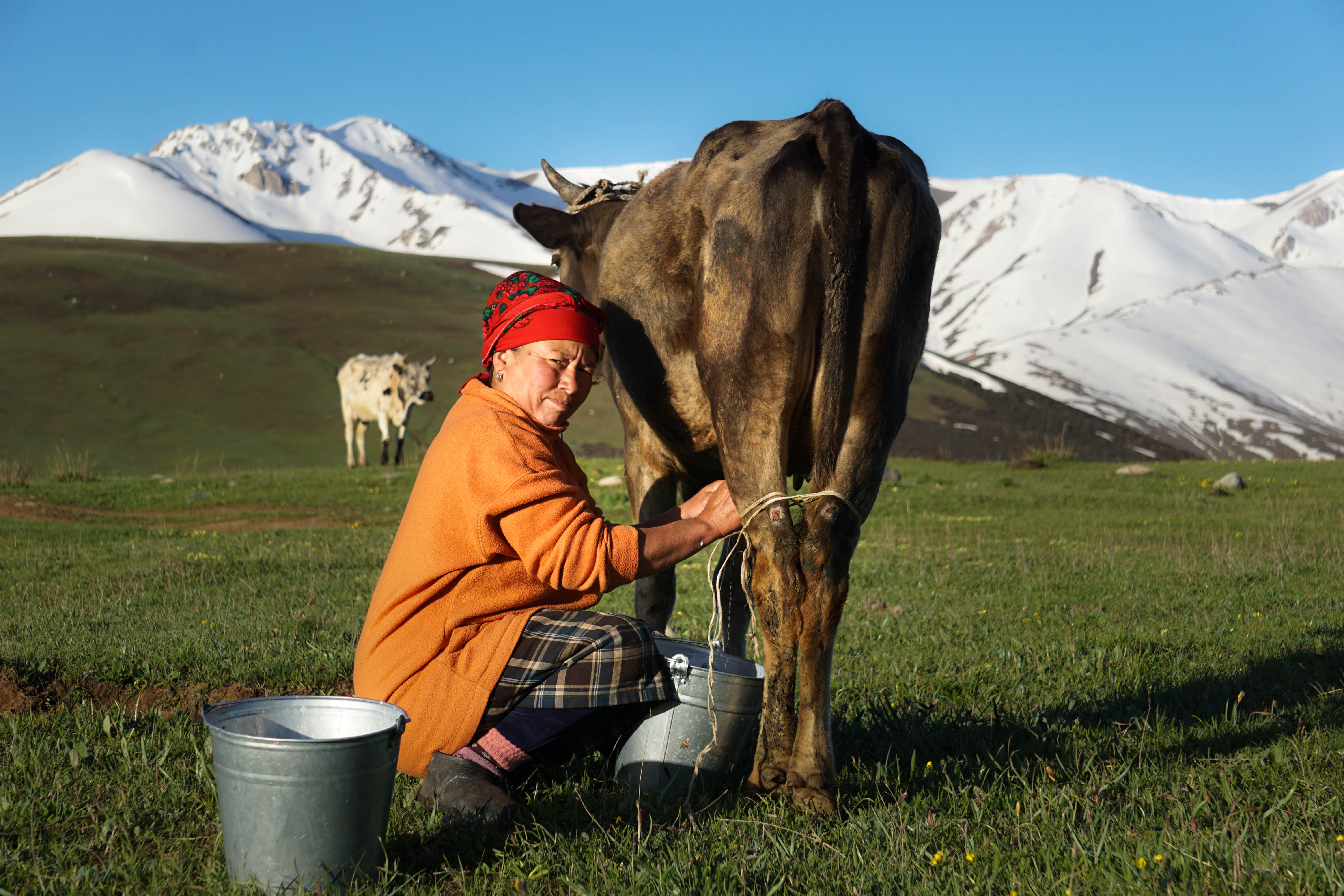 On the other side of the pass we camped next to a family of herders. At daybreak, our tent was surrounded by a happy melange of sheep, cows and horses. 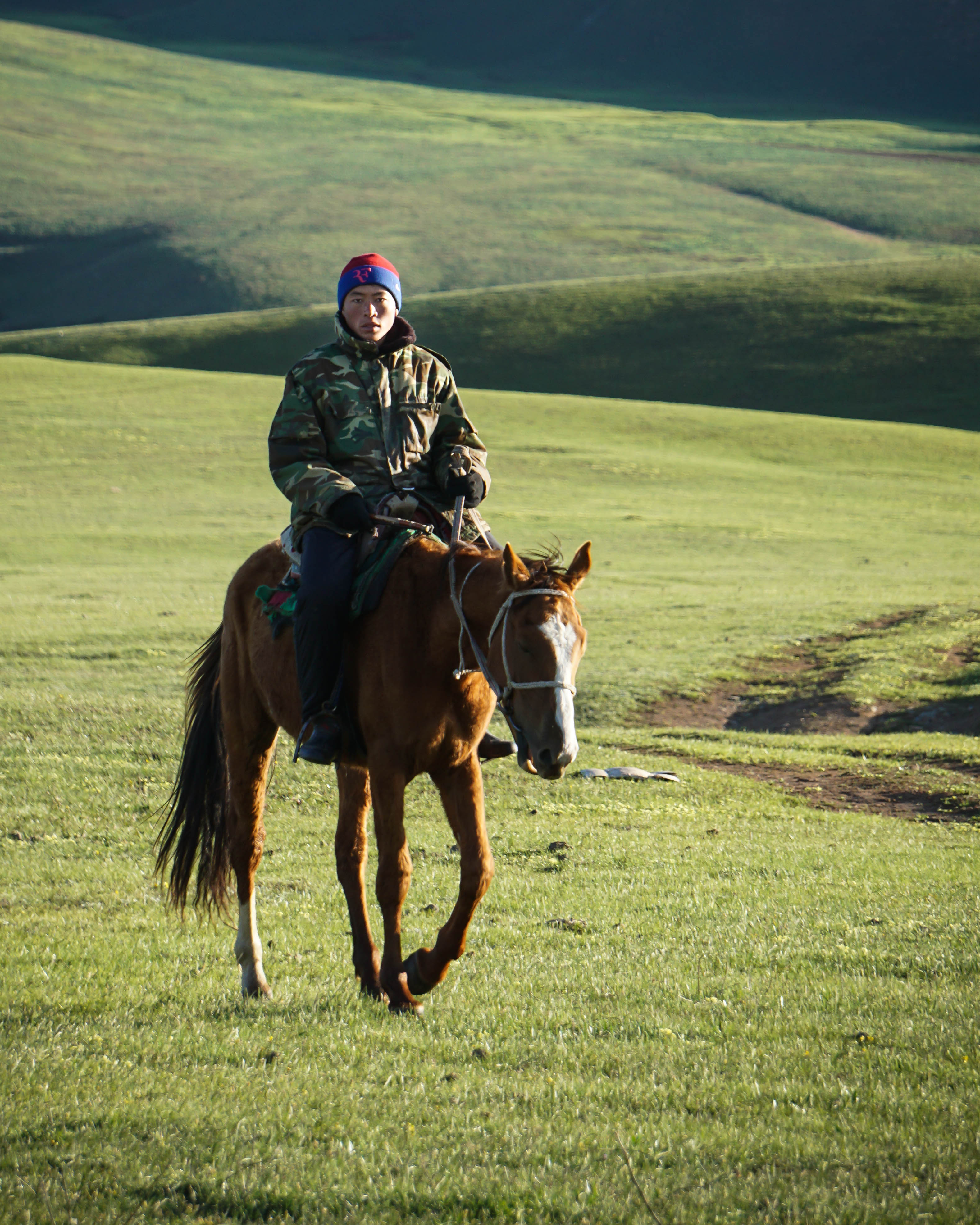 Our herder hosts at work. 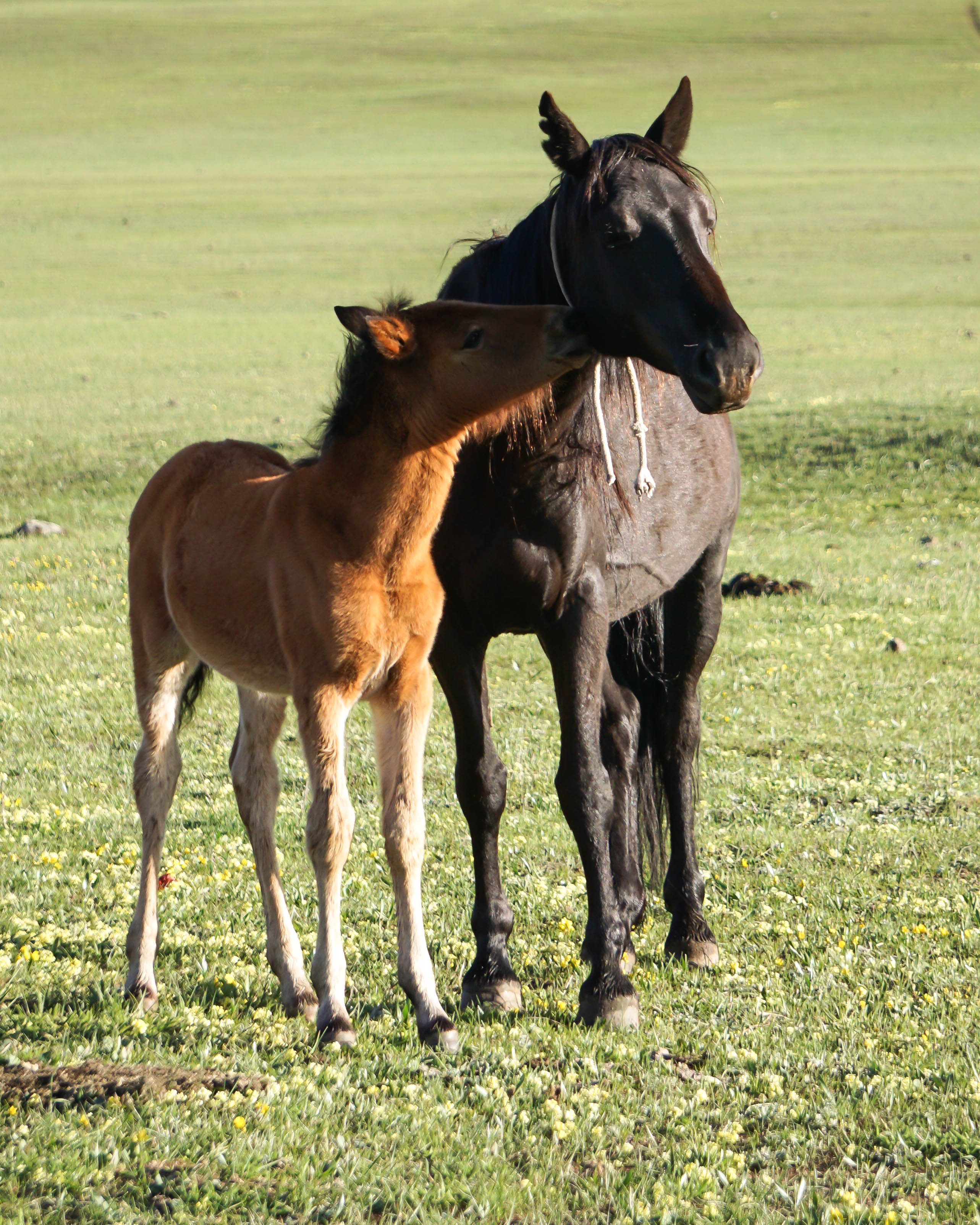 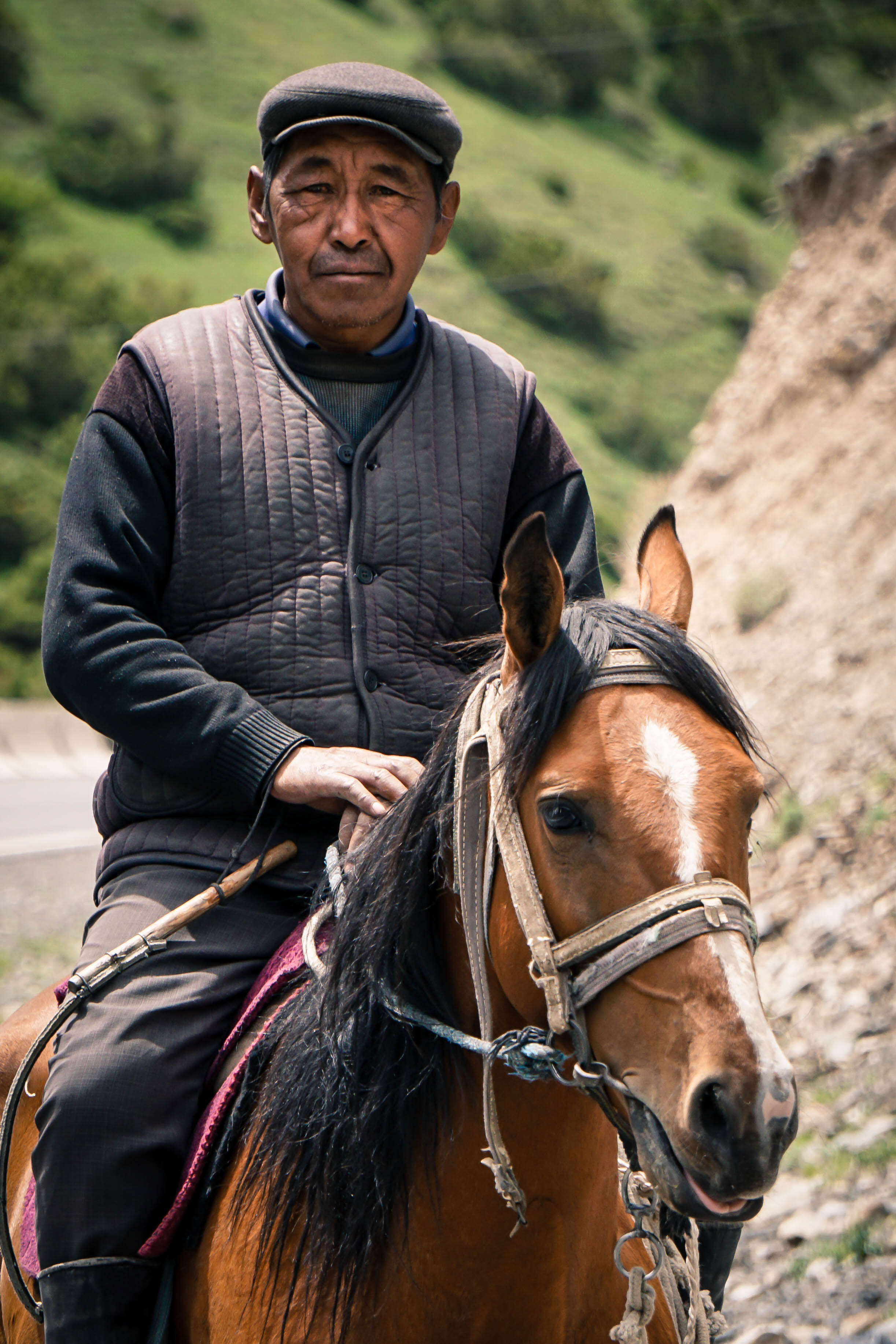 One thought on “Bicycle Touring the Pamir Highway: part 1 Kyrgyzstan”

After the Tour: coping with a return to ‘real life’

Every tour eventually comes to an end. The transition from world traveler to sedentary citizen is stressful for many. In...