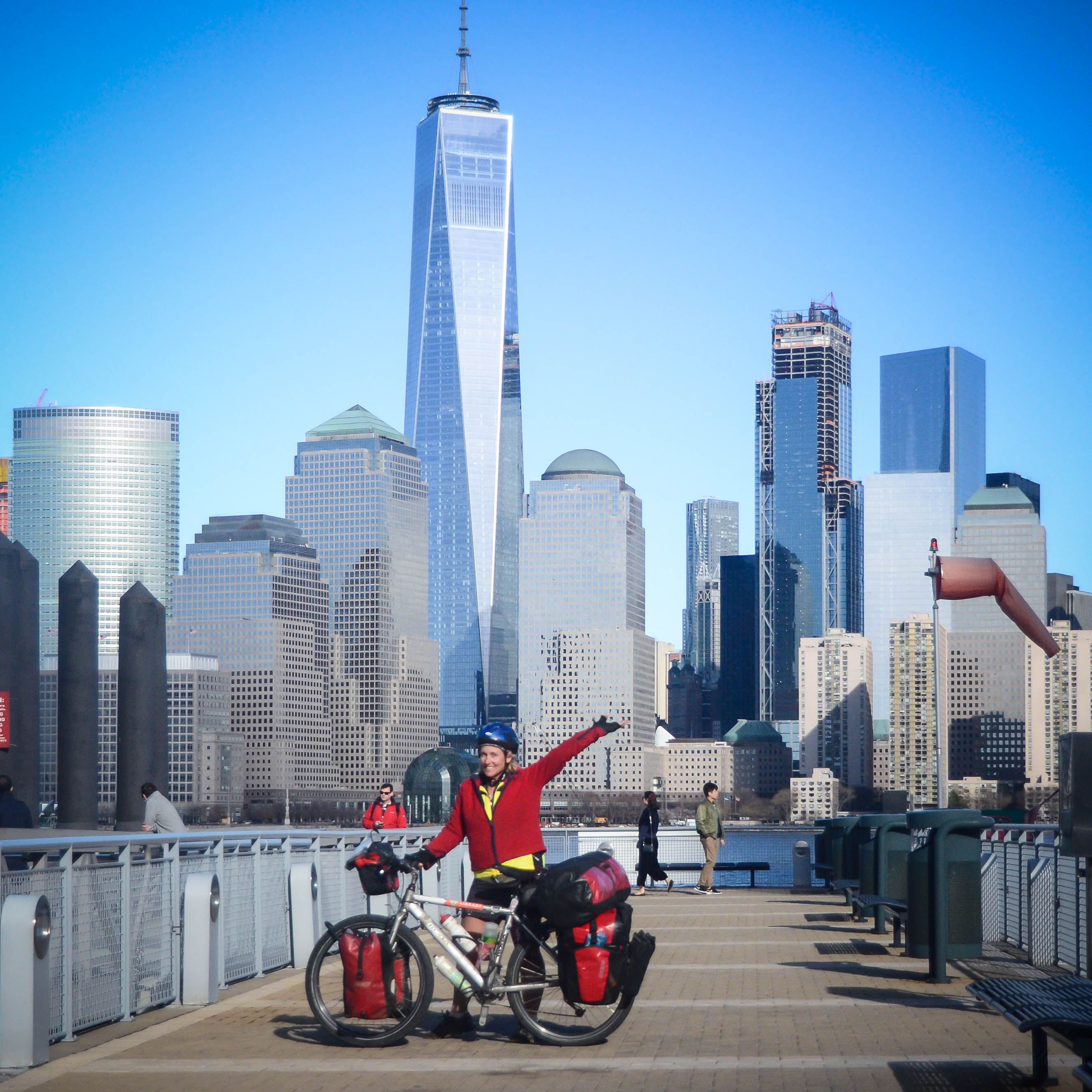 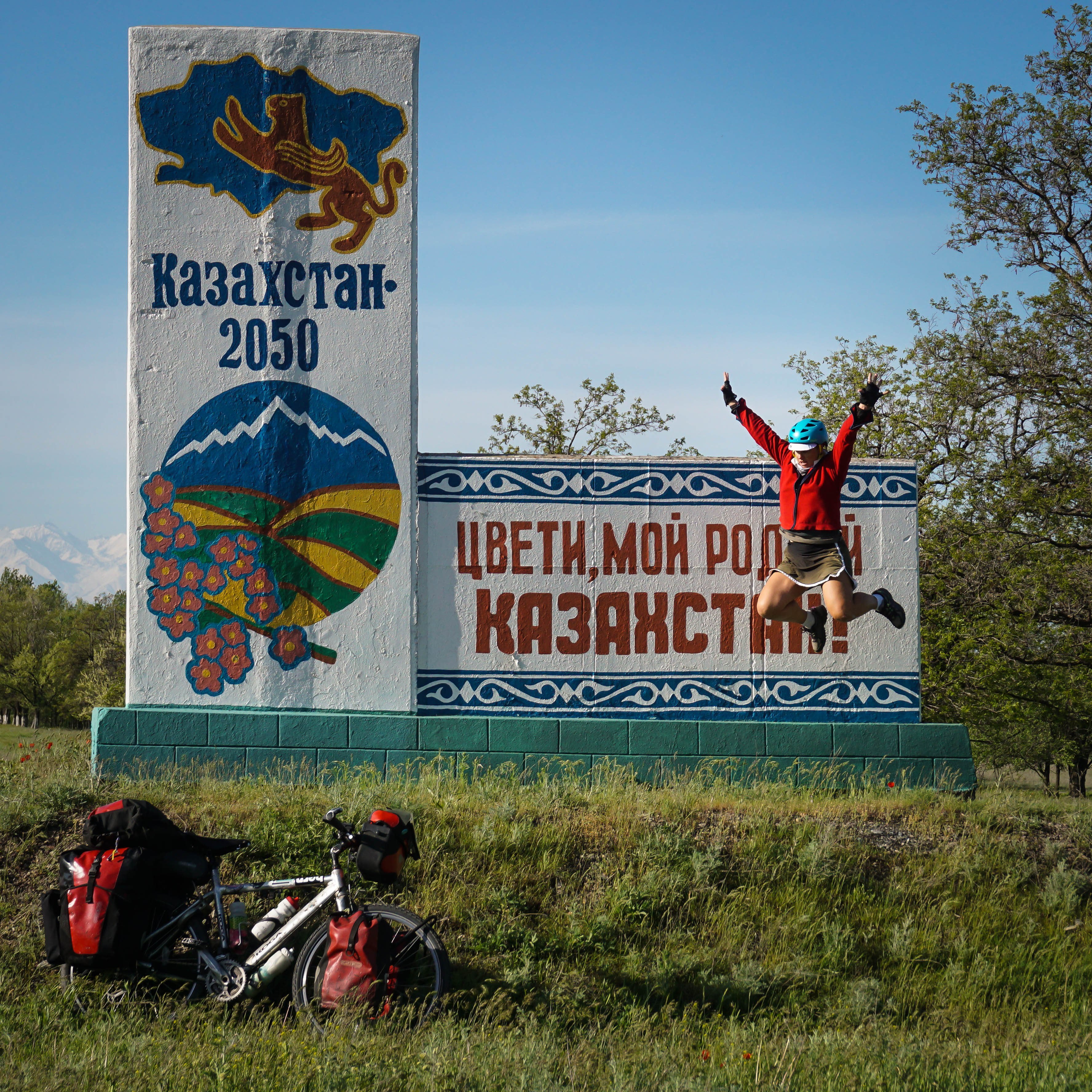 There’s something disconcerting about jetting half way around the world by plane when you’re more accustomed to rolling slowly across continents.

Not that the flight between New York and Kazakhstan was all that quick. From take-off time at JFK to touchdown in Almaty, we spent more than 24 hours in transit, traversing 10 time zones.

Being budget-minded, we opted for the rock bottom deals offered by Ukraine Airlines. A $340 flight (including 46 kilos of baggage and no extra charge for the bikes) from North America to Central Asia is hard to beat.

Plus we were treated to three free in-flight meals and missed the spectacle of any of our fellow passengers being forced from their seats due to overbooking issues.

The former Soviet Republics are infamous for their labyrinthine bureaucracy, but we whizzed through customs in a flash. Visitors from most Western countries can now visit Kazakhstan for up to 30 days visa-free. Times are changing and Central Asian nations are finally recognizing the value of tourism.

Our bags and bikes came promptly rolling down the conveyor and within minutes we were sorting through our stuff and reassembling the bikes.

The meticulous US officials had rifled through our panniers and confiscated our bear spray. Damn. I’d miss the bear spray--having it by my side while camping always provided a little extra peace of mind.

Not that I was expecting to encounter bears while bicycle touring in Central Asia. But if any malevolent human visitors should stumble upon our campsite, I’d have some way to defend myself. Now I’d have to go back to stashing a couple of big rocks inside the tent at night.

First impressions in a new country are important. When things get off to a bad start, it can easily color your entire experience. That happened to us in Japan. Right off the bat, we had a horrific time navigating the busy highways between Osaka and Tokyo. I think that’s one of the reasons I never really grew to love biking in the Land of the Rising Sun.

Luckily, things got off to a good start in Kazakhstan. I’ll tell you why, but first, I’ve got to backtrack a bit.

Pedaling through New Jersey on our final day cycling in the USA I took a big fall and tore up my knees pretty badly. Despite all the time we spend riding, that’s the only time I can recall falling off my bike since 2009, so it came as a real shock. Suddenly I was reminded that I am not invincible.

We cyclists are all very vulnerable—distracted drivers being our number one enemy at the moment. But even on dirt roads you can slam into a deep rut or slide out of control on a steep descent. I’m grateful for my good luck up till now.

So back to my knees. They weren’t healing very quickly and were actually causing me a fair bit of pain. Which seemed silly since my injury was really quite minor. Somewhere between New York and Kazakhstan infection had set in and my knees were oozing an unpalatable green substance and emitting a pungent odor in the arrivals hall at Almaty International

Eric usually performs the job of chief medic, but I thought I might seek out the services of a trained professional on this occasion.

The cheerful woman at the tourist information desk pointed me down the concourse to the airport clinic. I was welcomed inside by a nurse wearing a pointy white cap reminiscent of the one my mom sported when she was an emergency room nurse in the 70’s. A stern-faced doctor examined my festering wound and shook her head in dismay. I imagined she was thinking something along the lines of  these foreigners know nothing of even basic sanitation and medical care. Pathetic.

The doctor barked out instructions to the nurse who bustled around treating my knees with a variety of sprays, ointments, and slaves. Finally, she painstakingly covered my knees with bandages and motioned at a bar of soap. Got it. I should keep things clean. Then I was handed a pen and instructed (in English) to scribble my name, age, and country in a notebook. And that was it. My first experience with healthcare in the former Soviet Union. Fast. Efficient. And best of all…FREE! I was definitely going to like Kazakhstan. 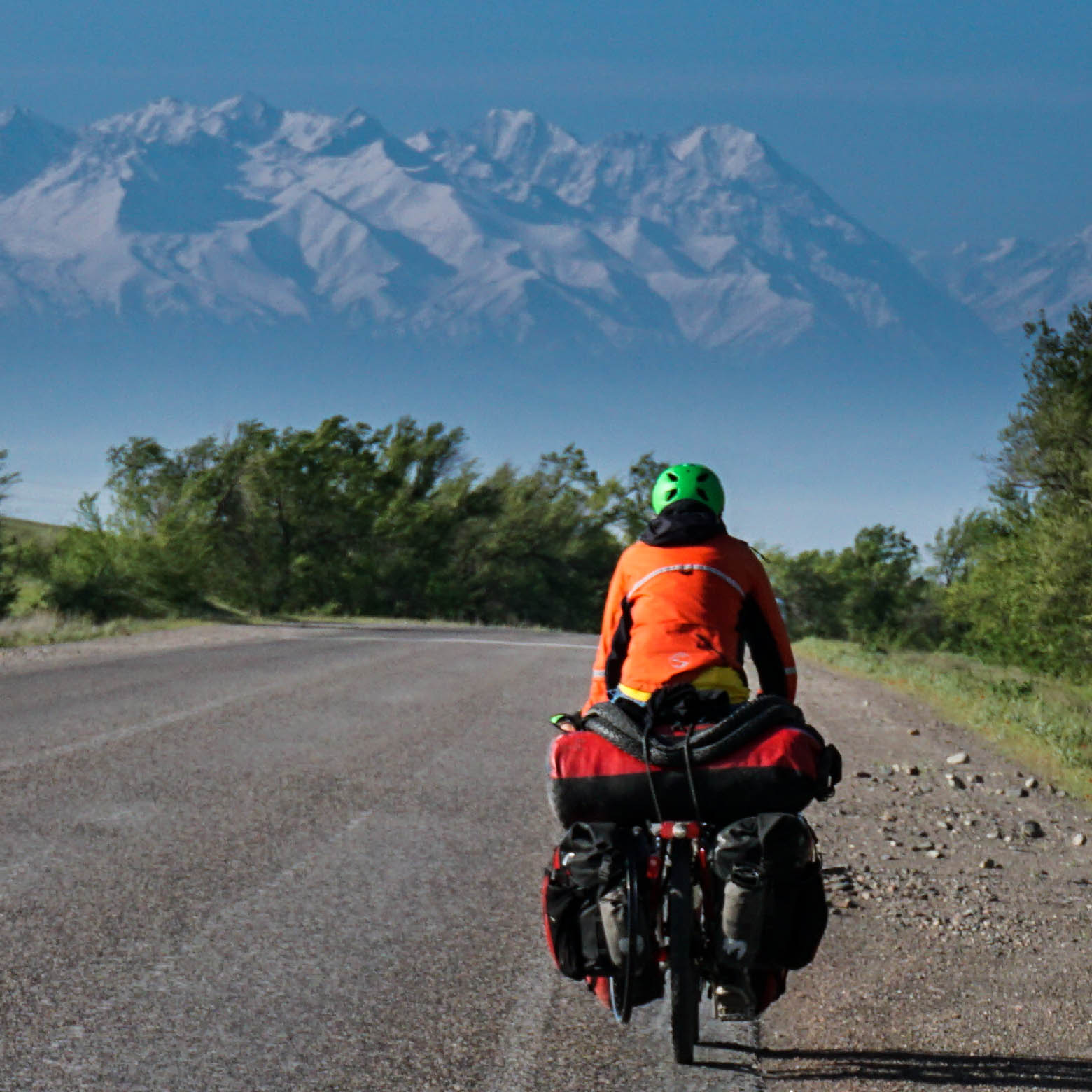 As we headed out of the airport I gasped at the sight of the snowy peaks of the Zailiyskiy Alatau mountain range. This confirmed my lingering doubt that we'd arrived in Central Asia a tad too early to take on the high peaks. 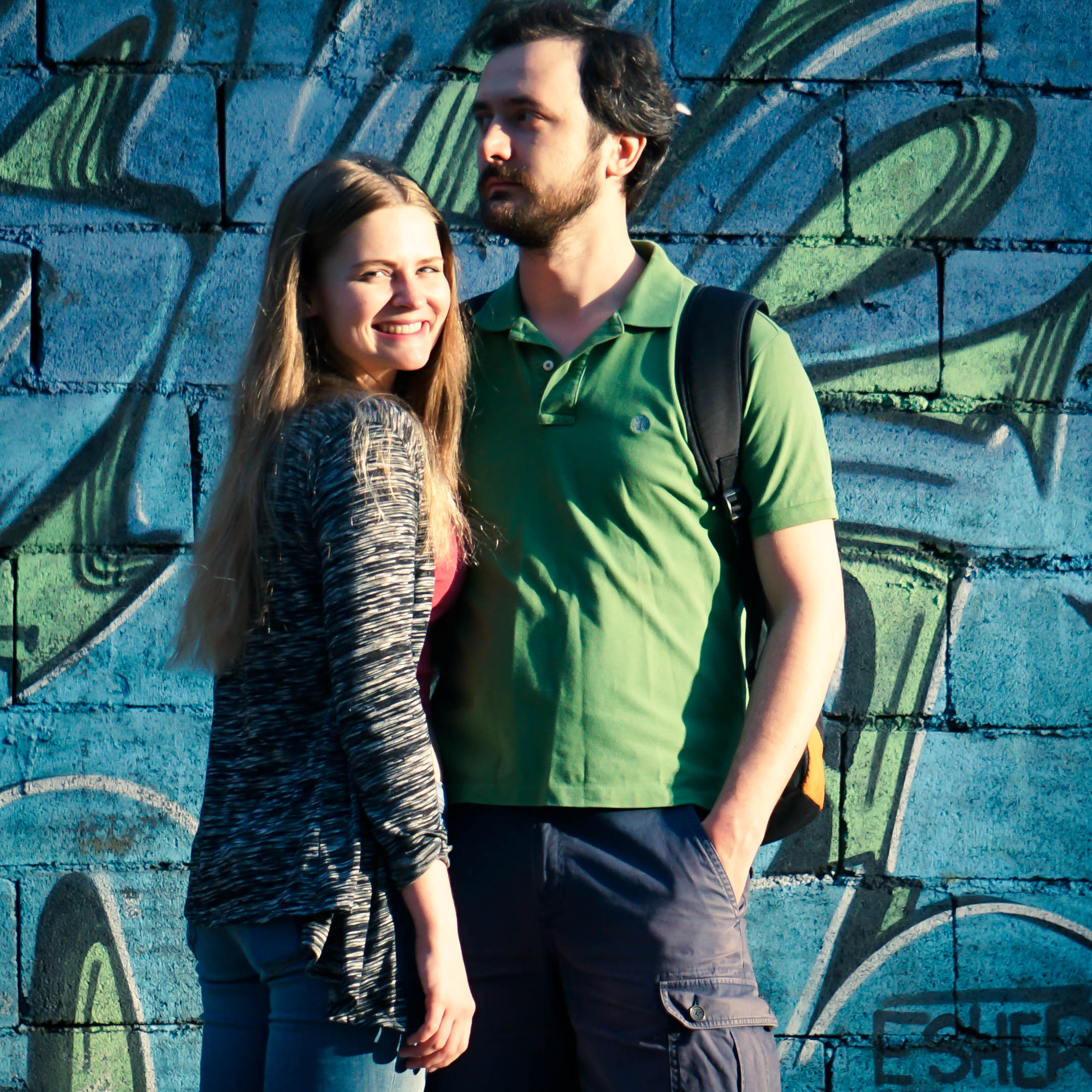 We decided to stick around Almaty for awhile and wait for warmer weather. Olga and Renate were our amazing Couchsurfing hosts in the city. 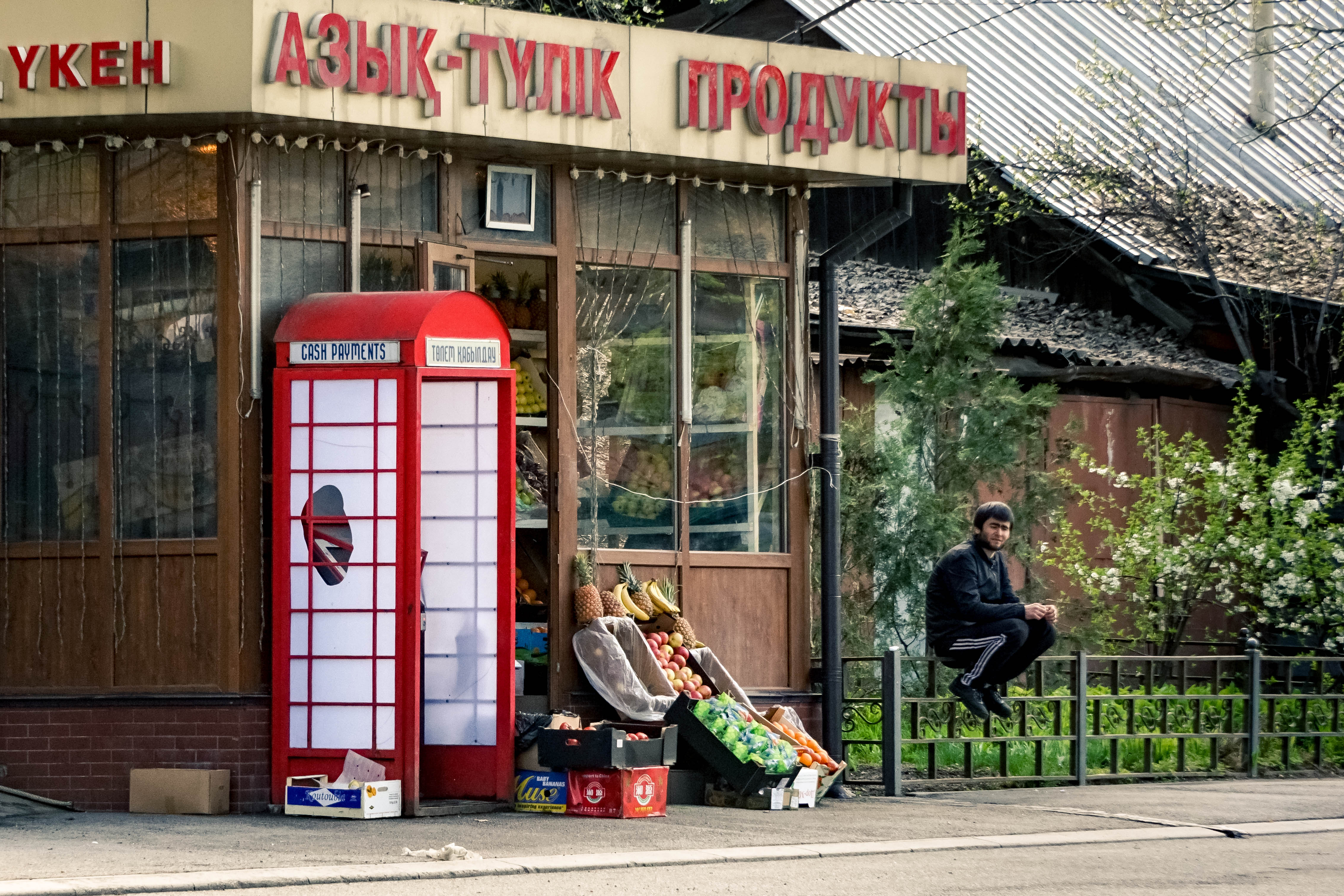 At first I found Almaty a little sad and depressing. Buildings were in various states of disrepair and massive tower blocks dominate the skyline. 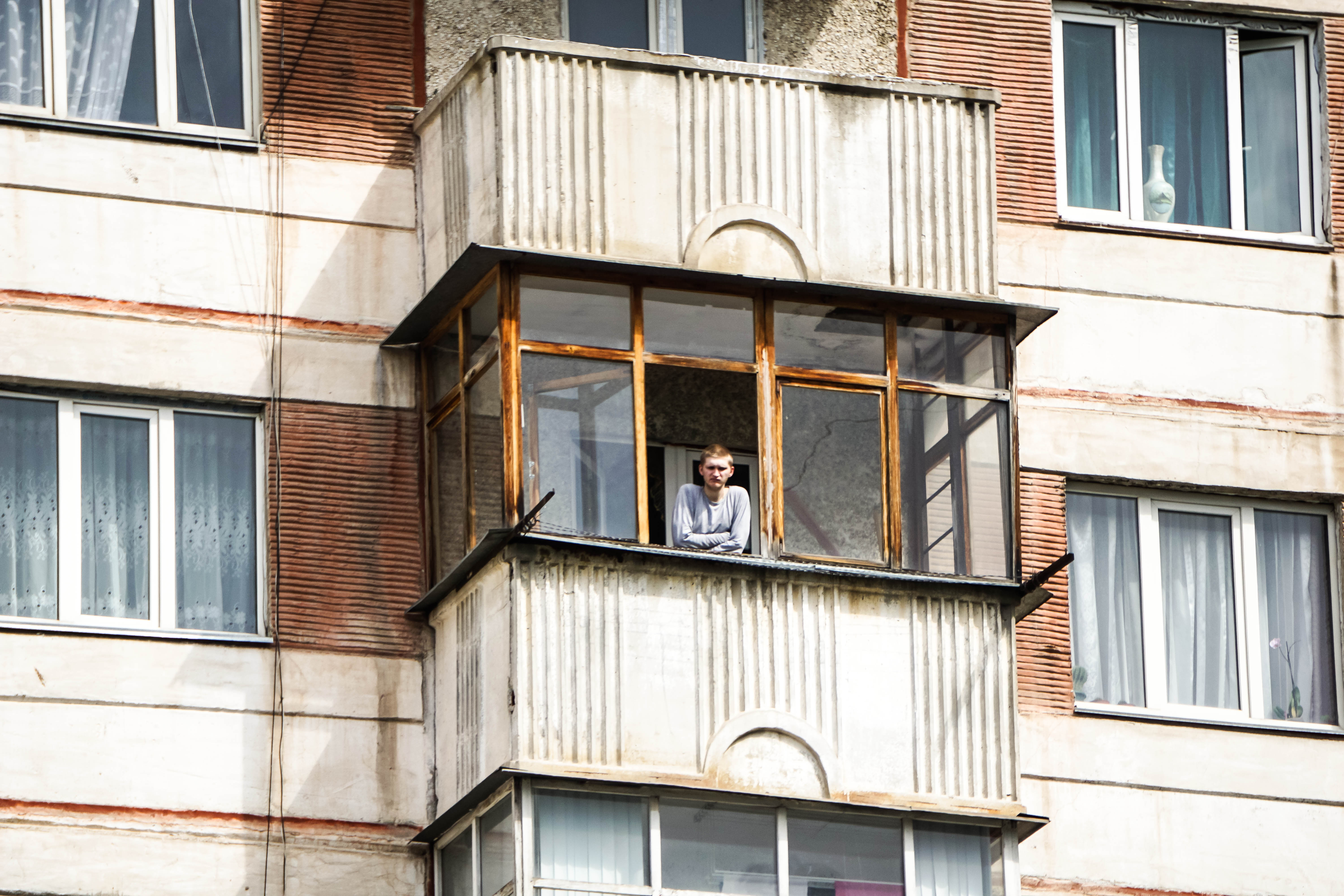 A typical apartment in Almaty. Aesthetics are not high-priority. 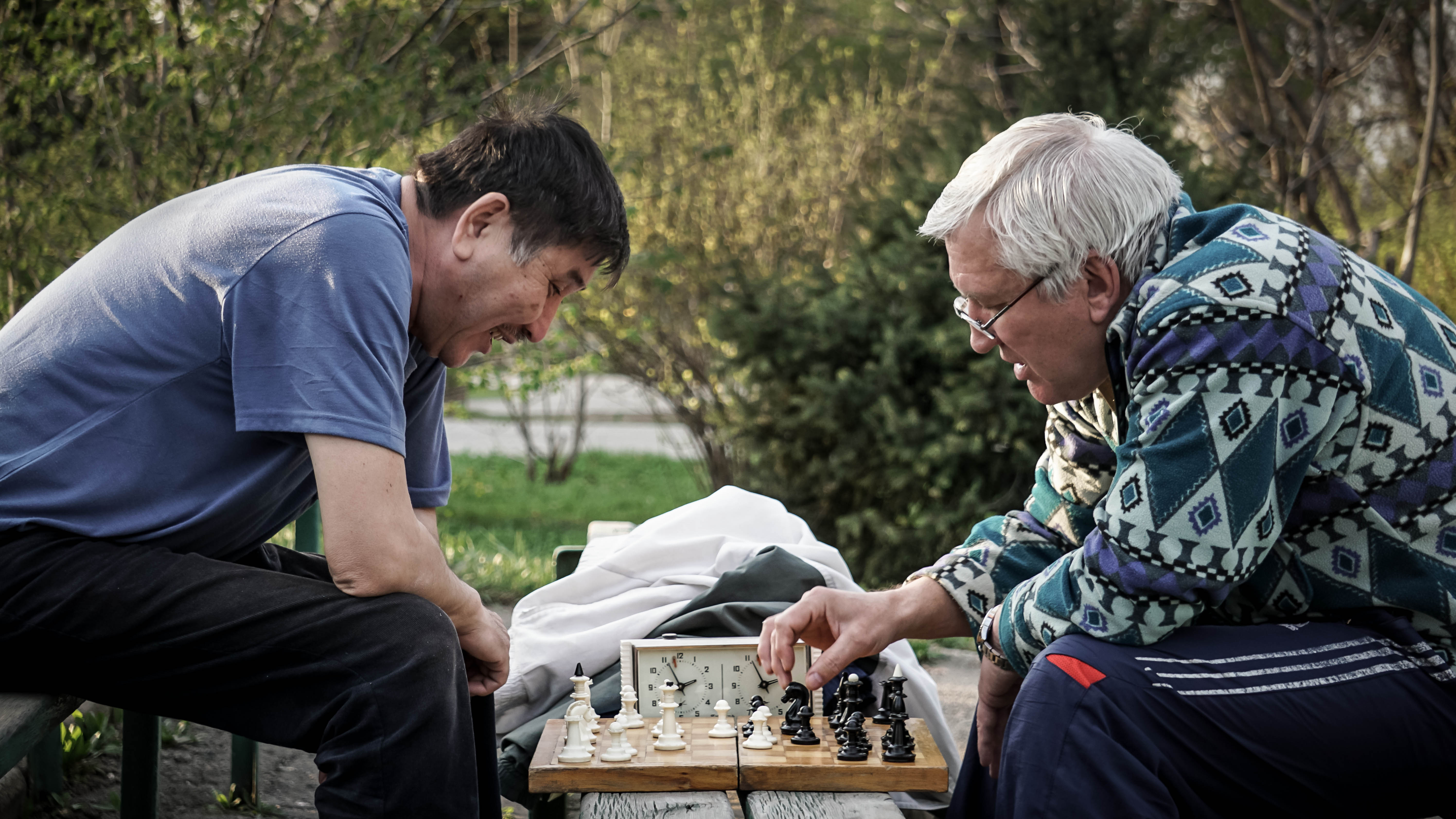 City dwellers seem to spend a lot of time outdoors in public spaces. Parks are full of mothers watching their kids at play, young people falling in love and seniors sitting down for a game of chess. 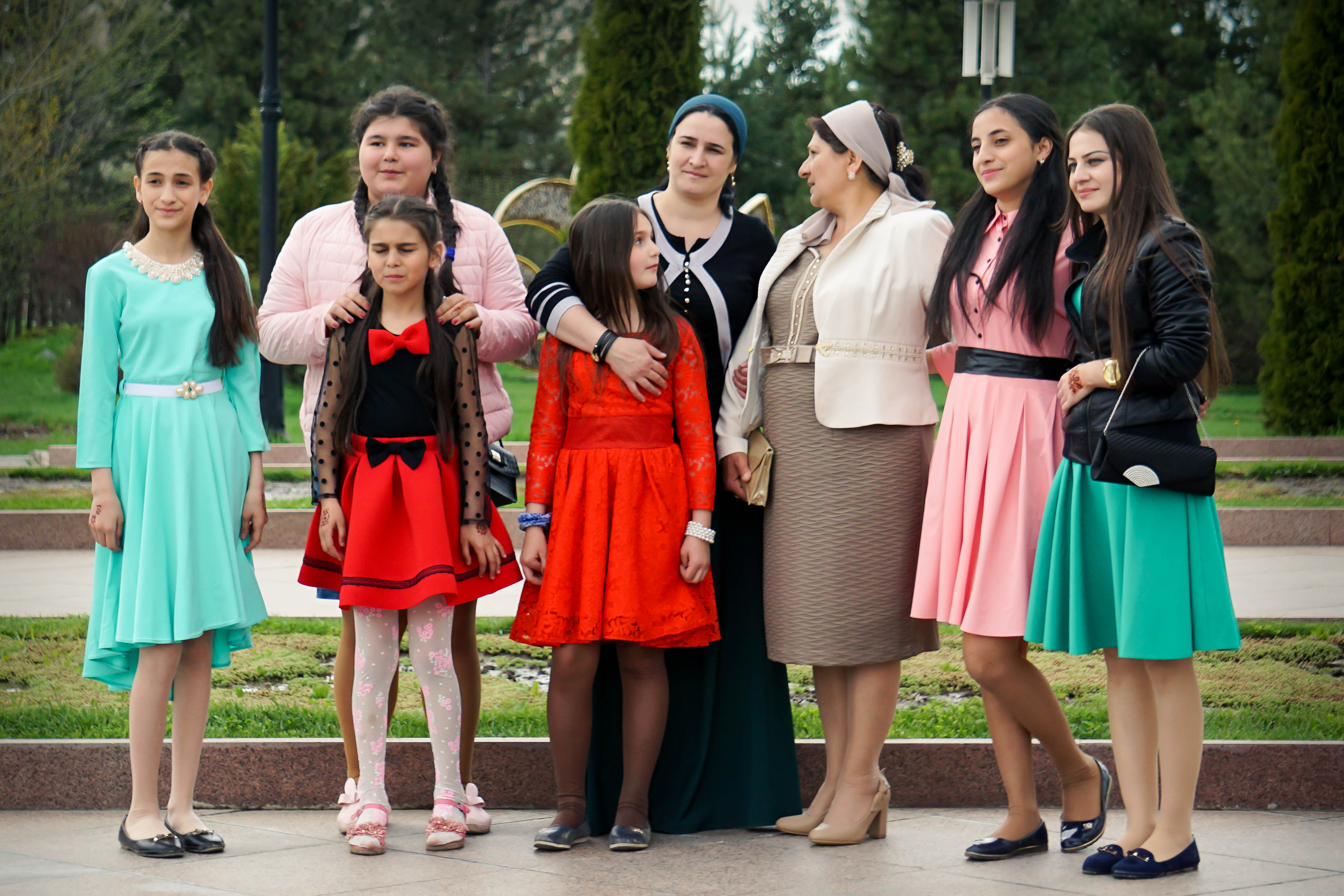 Kazakhstan is home to a fascinating mix of different people. Ethnic Kazakhs (who look a bit like Mongolians) make up 66 % of the population and ethnic Russians 20 %. There's also a wide array of other groups including Ukrainians, Uzbeks, Germans, Koreans, and Uyghurs. What's great for us is that we don't really stand out. As long as we keep quiet, people probably think we're of Russian origin. 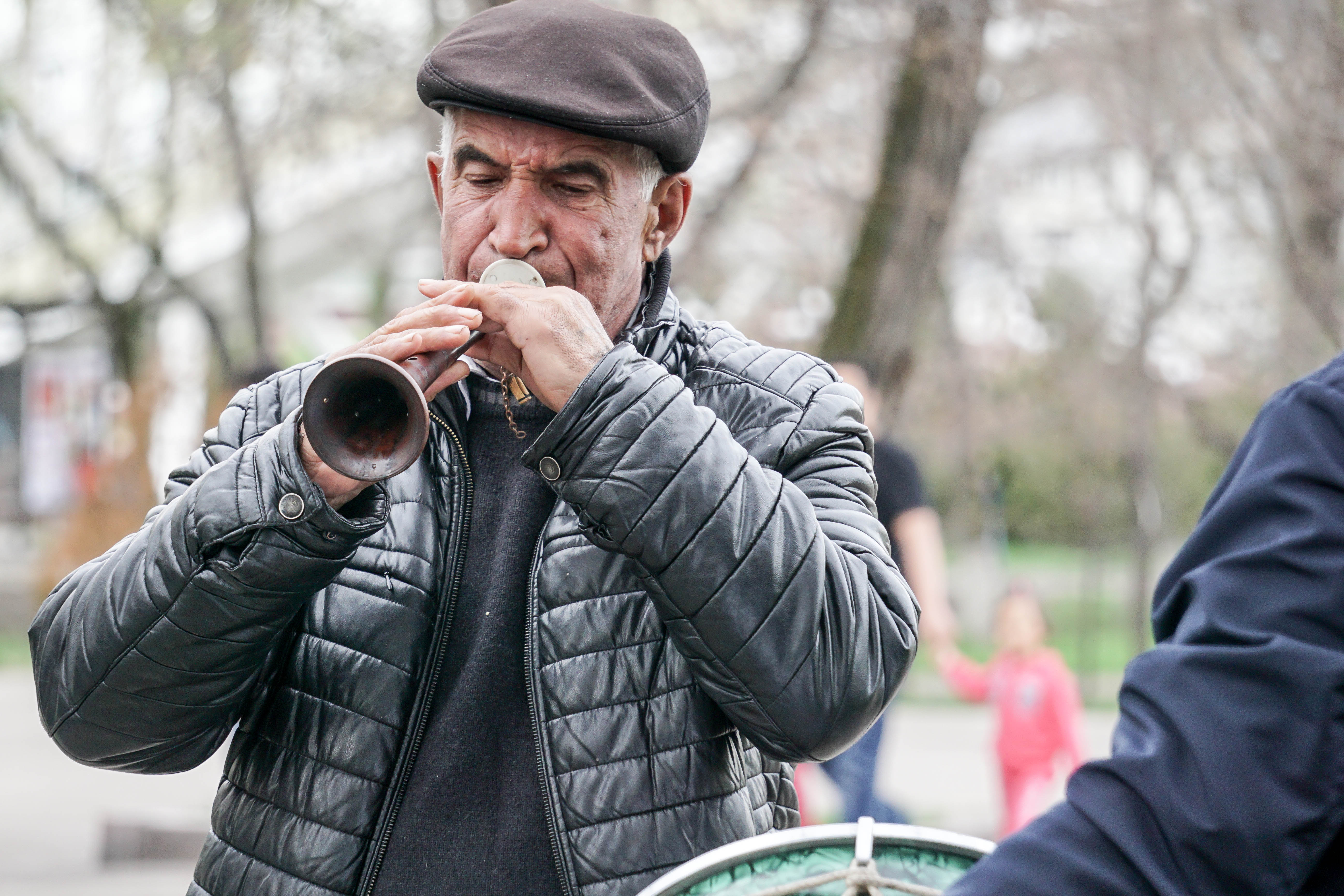 This gentleman was playing his heart out to a group of local men who were doing a traditional dance. No women were anywhere to be seen. 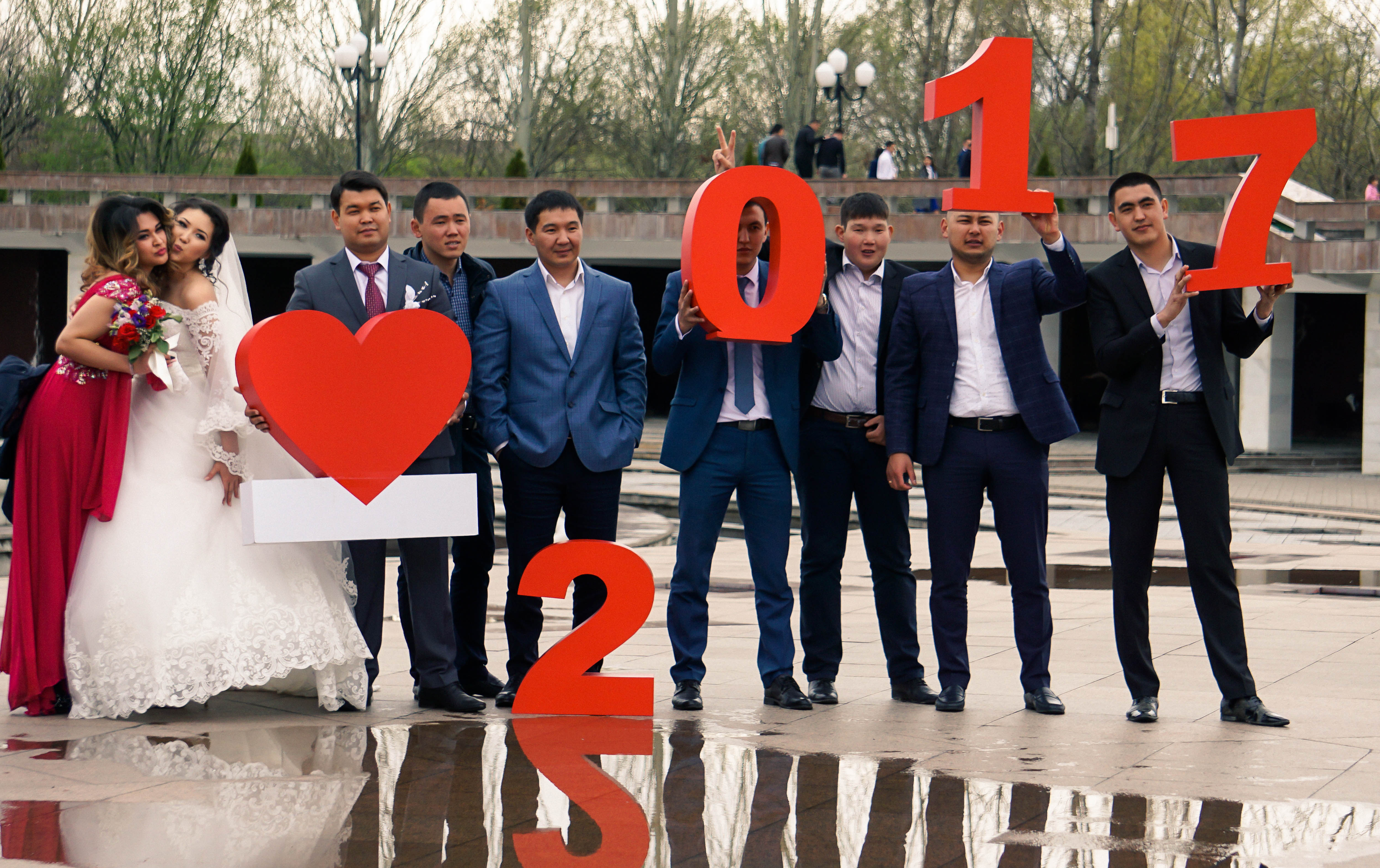 Spring is wedding season in Kazakhstan, and locals really go over the top with the bling. 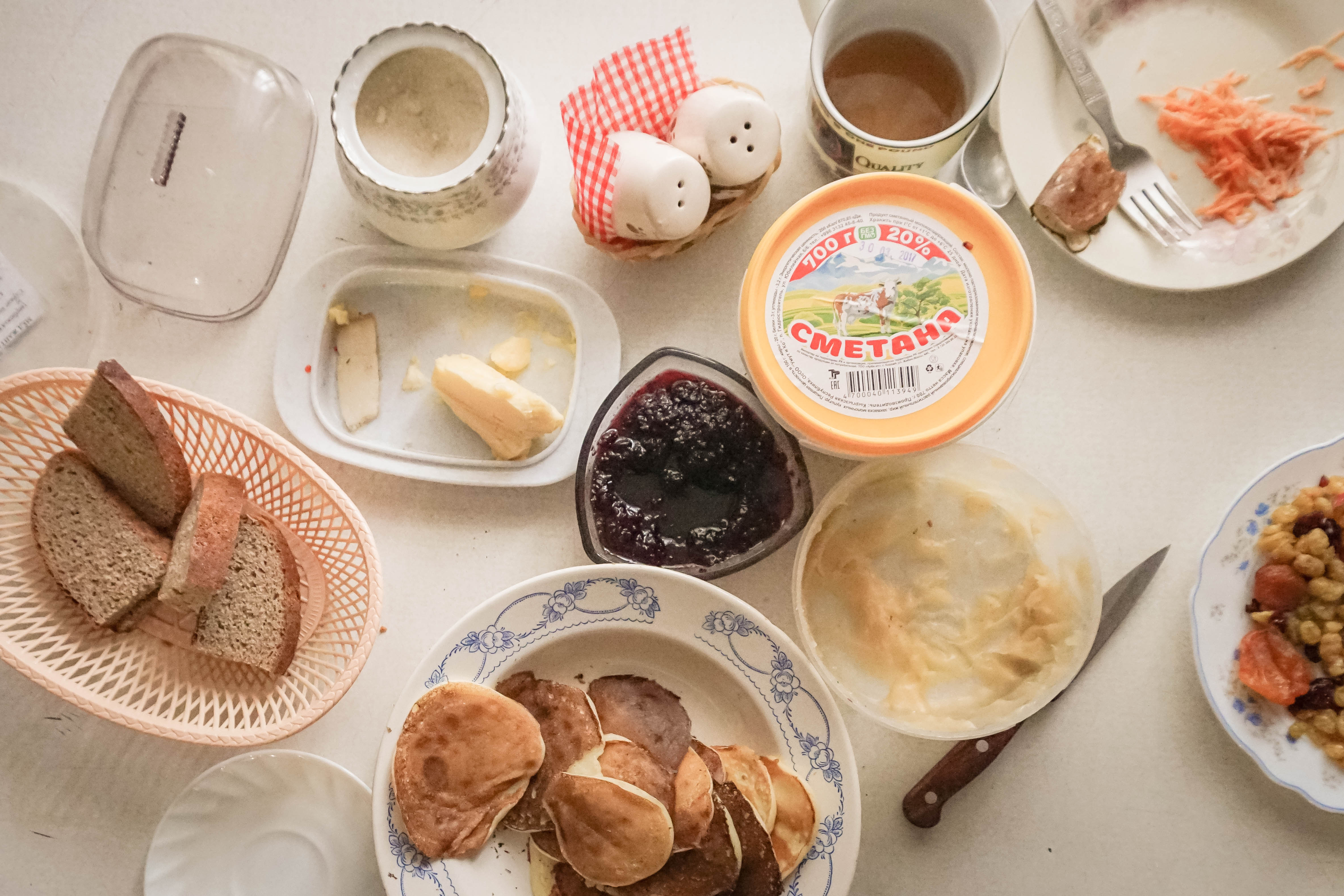 There are dozens of types of local bread and all are delicious. Dairy products including yoghurt, cheese and icecream are also tasty. 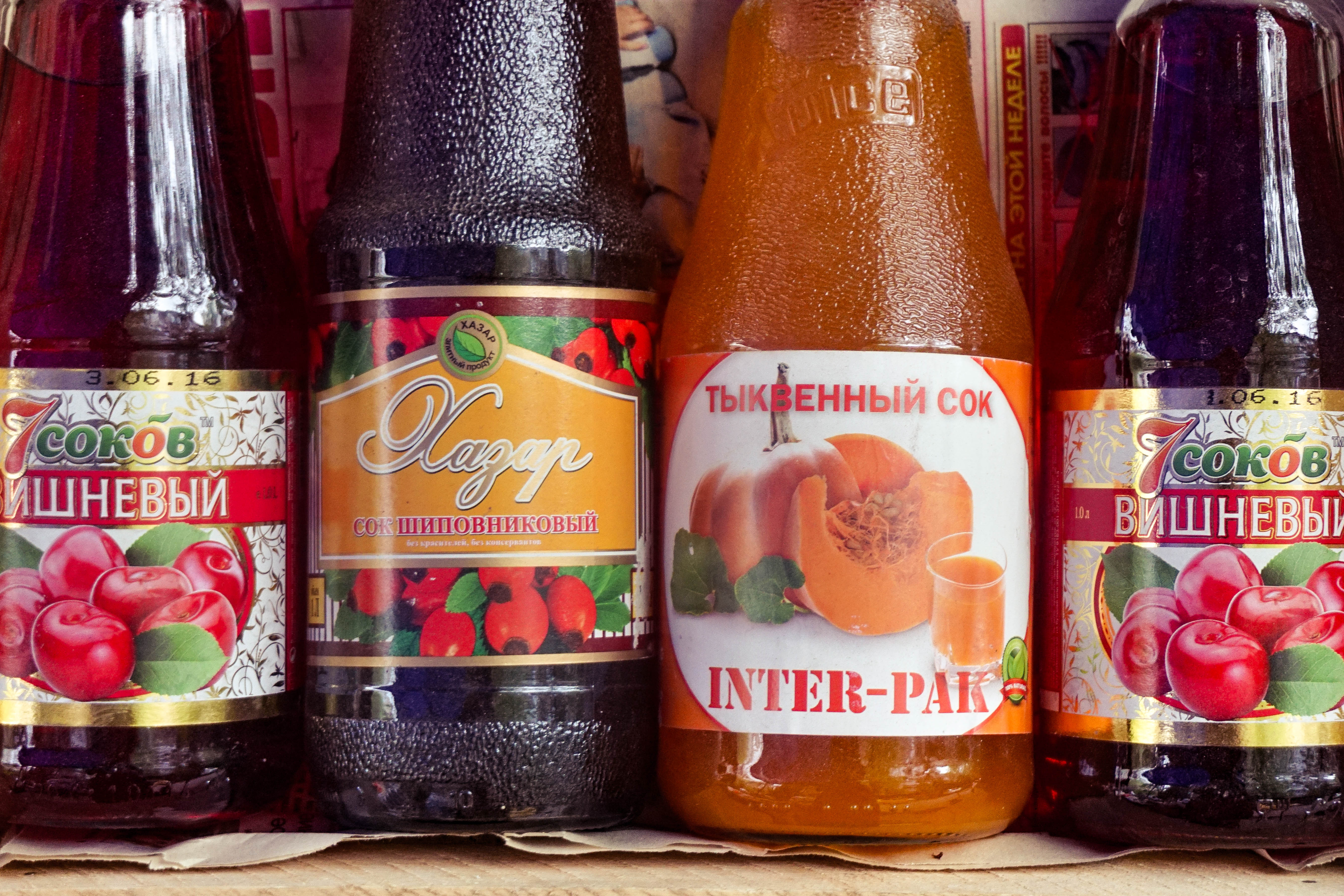 Lots of local fruit juices to choose from. Most seem to be heavy on the sugar and light on the actual fruit. 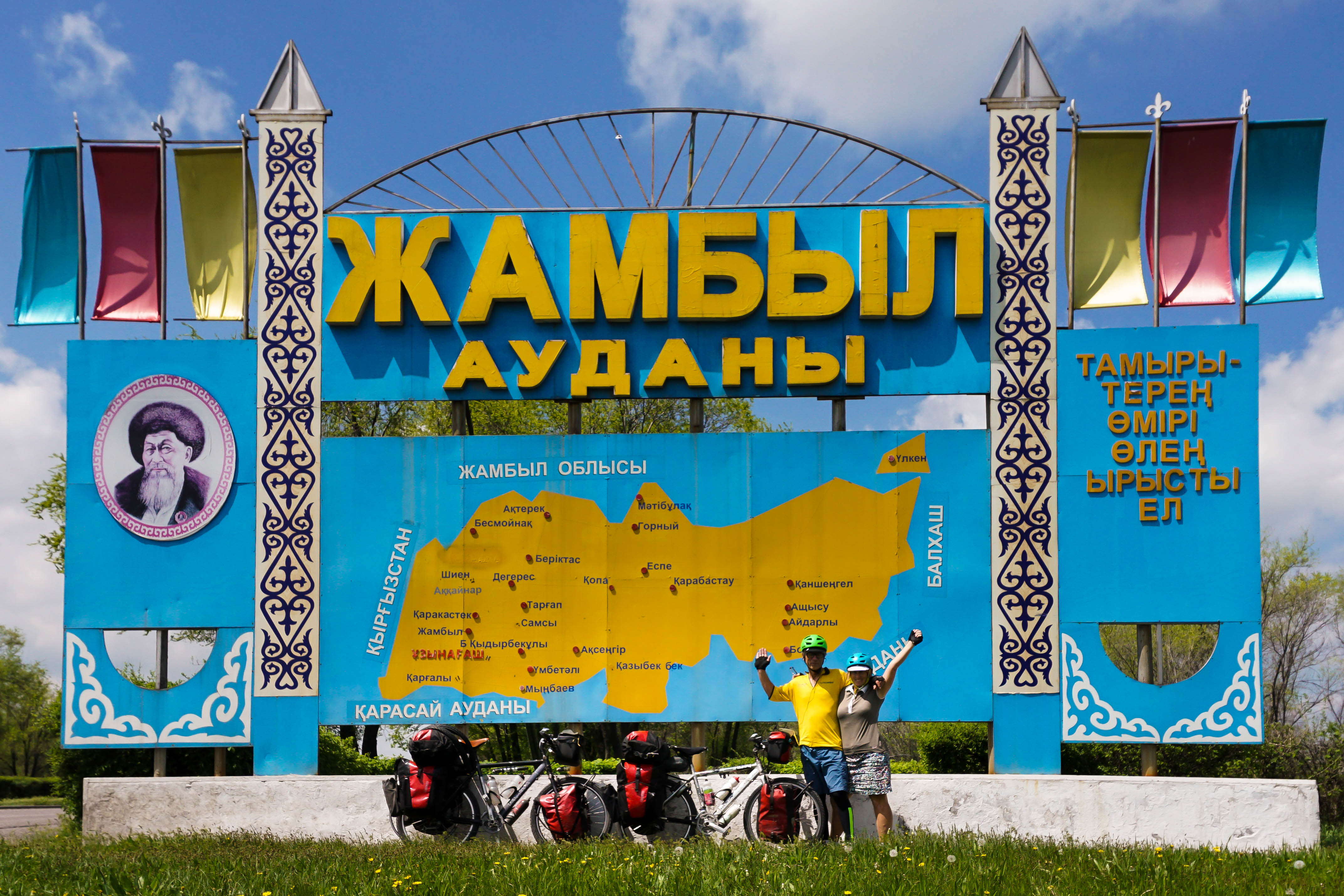 Finally we set off from Almaty on the main highway to Bishkek. We'd wanted to take a more scenic route through Karokol over the Keygen border crossing, but were told the pass and border crossing were still closed due to heavy snow 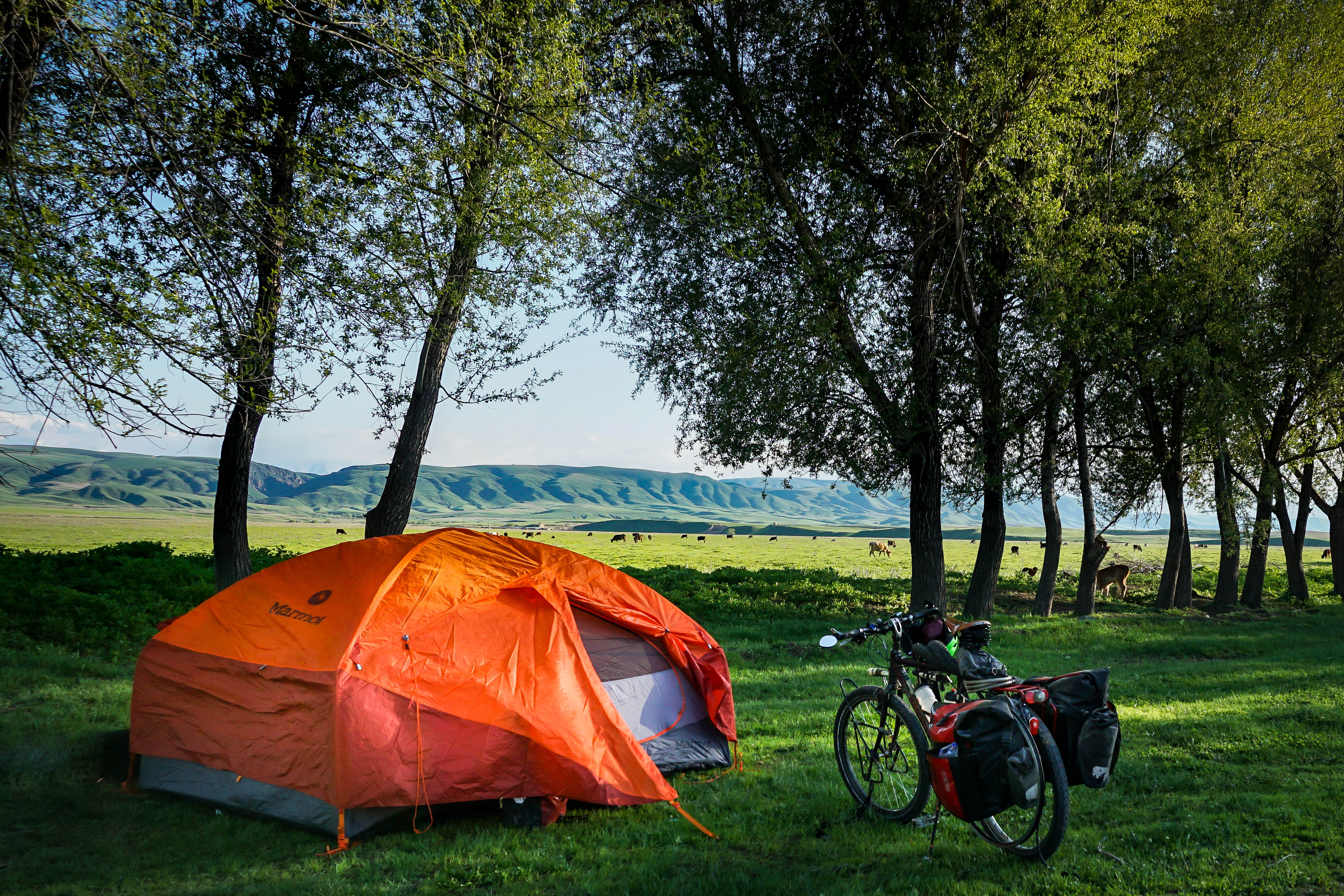 We weren't quite sure about camping in Kazakhstan, but it turned out to be quite easy. We rolled up into a small village and were directed to a spot next to the communal grazing area. The views of the mountains were stunning. 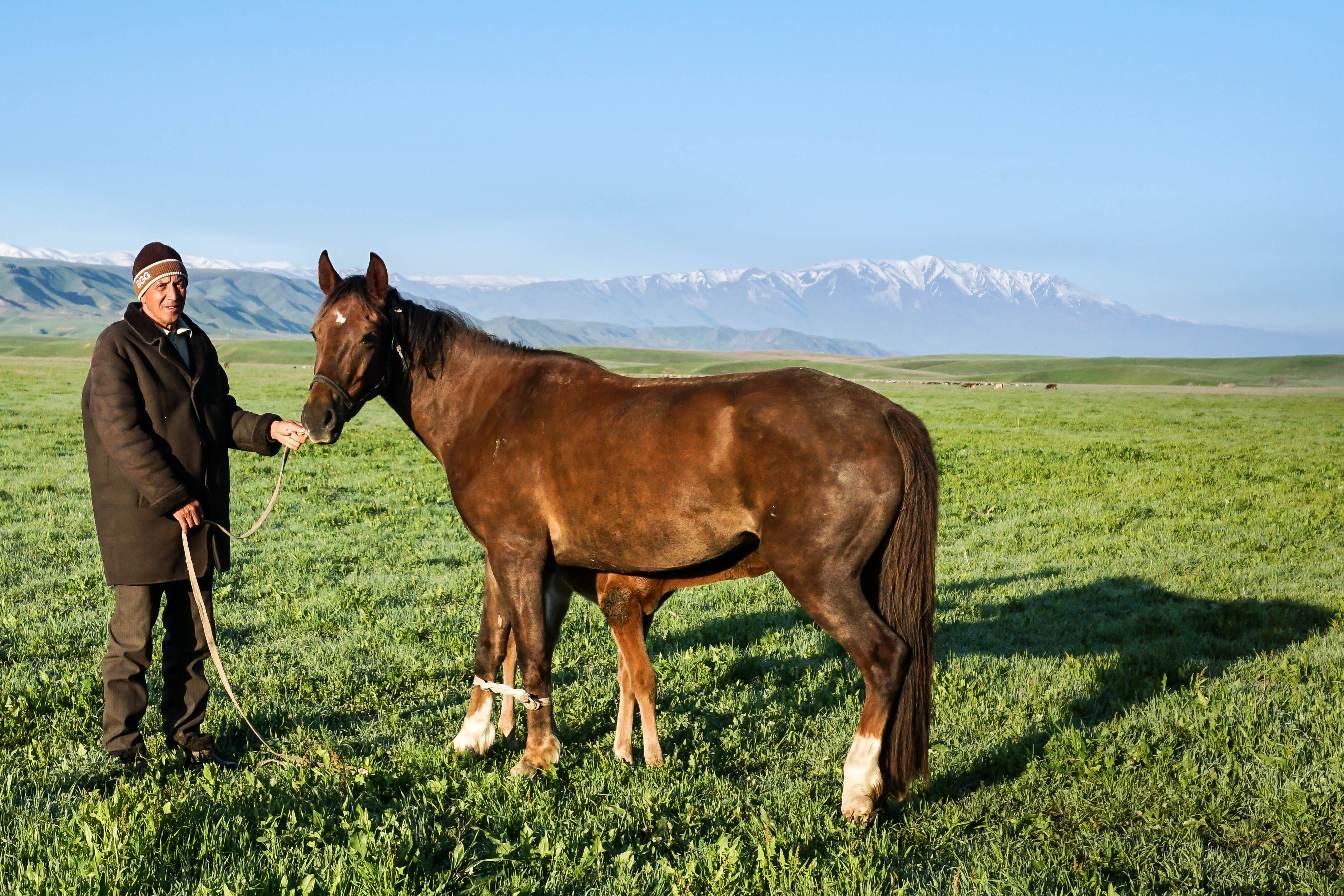 A local man takes his horse out to pasture. 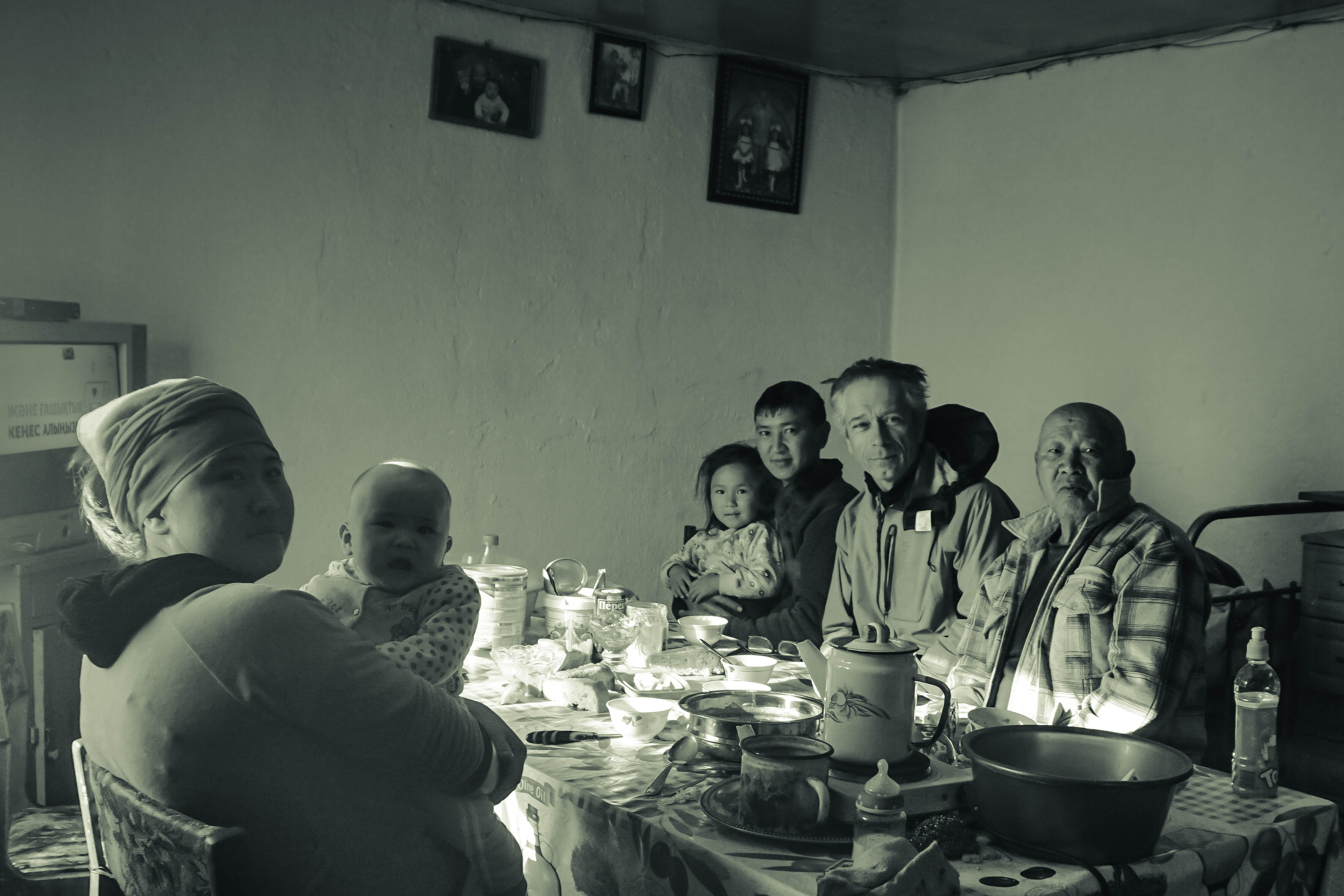 This friendly village family invited us in for a breakfast of home-baked bread, jam, yogurt and fresh cow's milk. 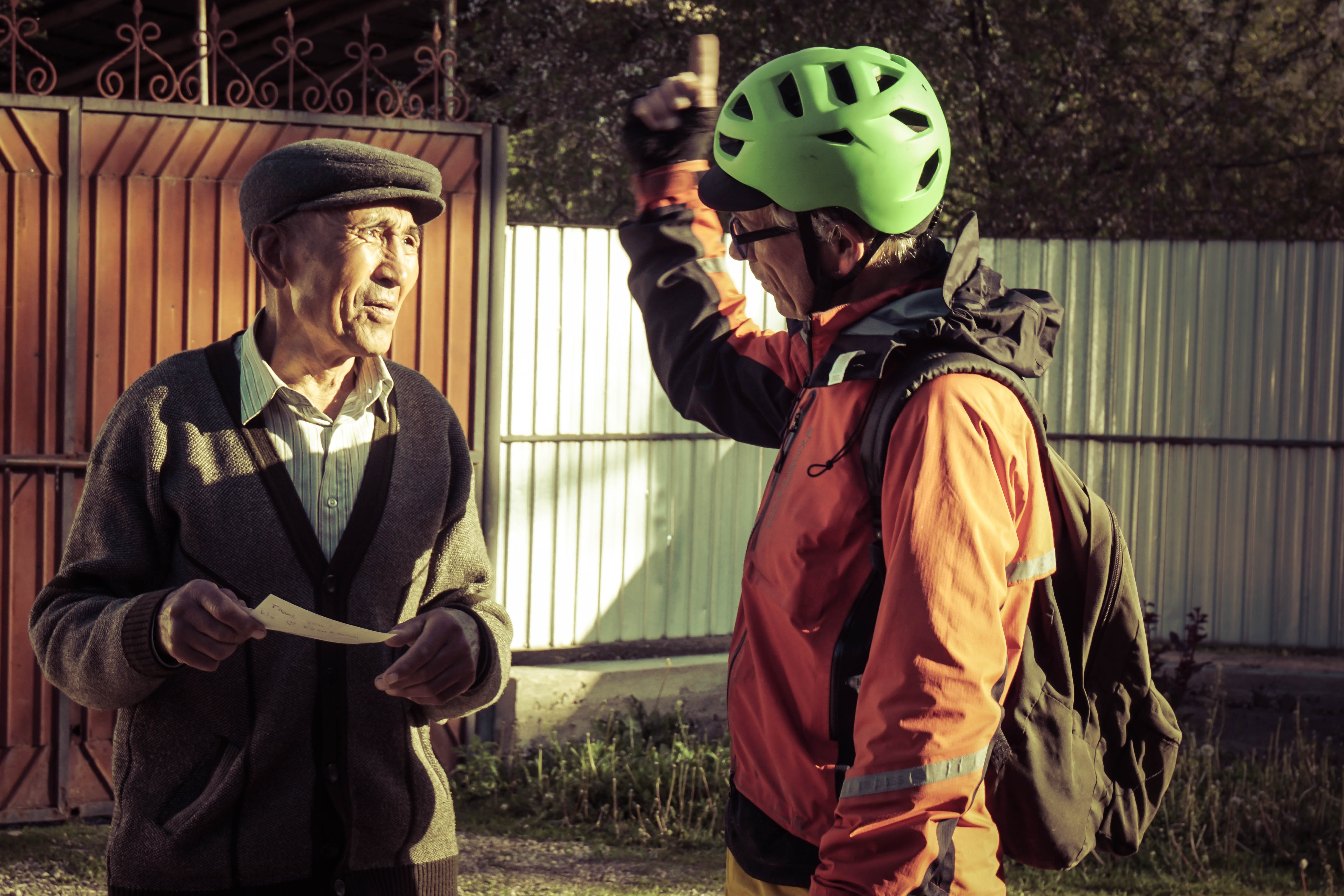 Getting directions for the short-cut out of town. 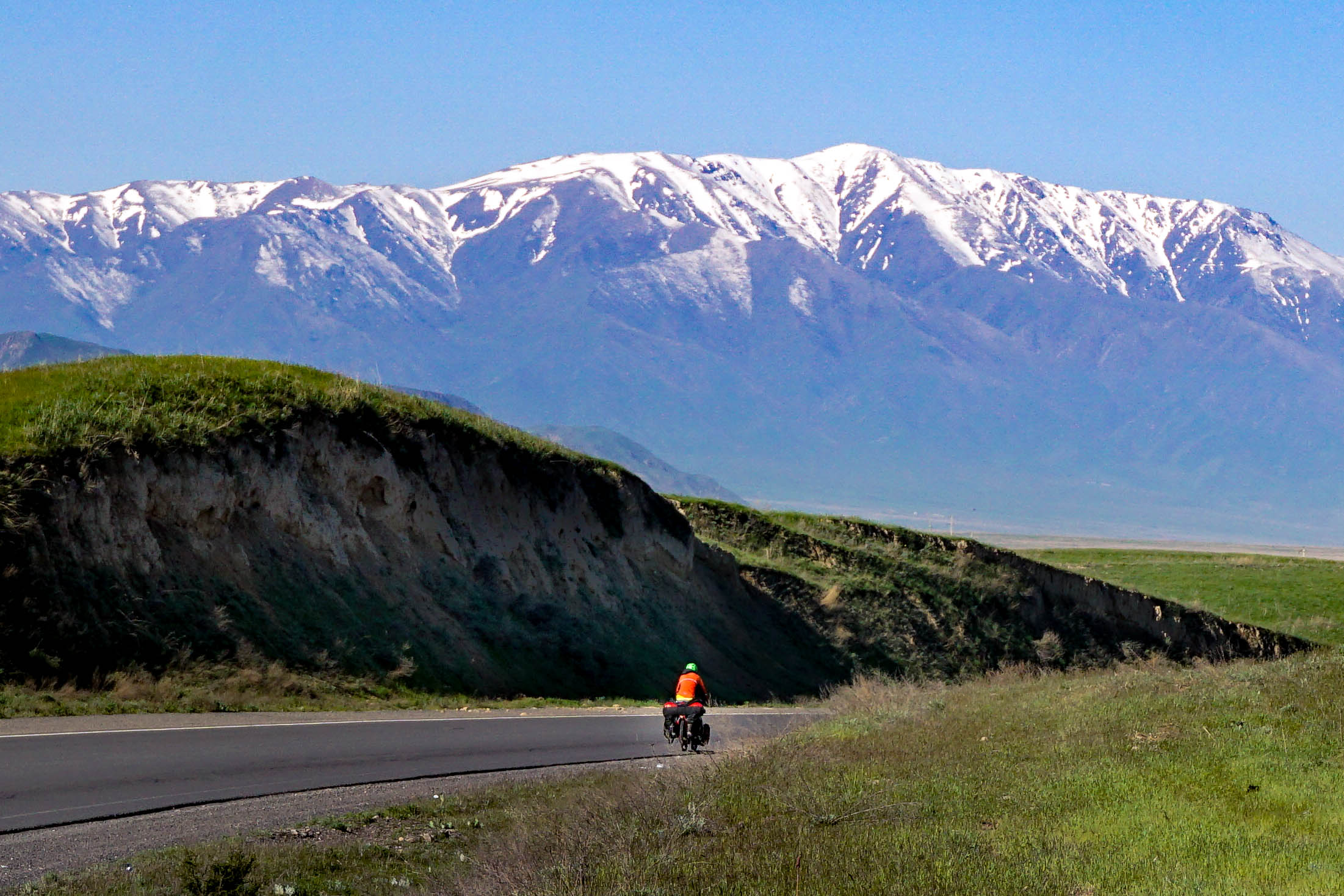 Back on the road heading towards Kyrgyzstan.

If you love sunshine, sea breezes, and stunning coastal cycling, Portugal's the perfect choice for your next European bicycle tour....