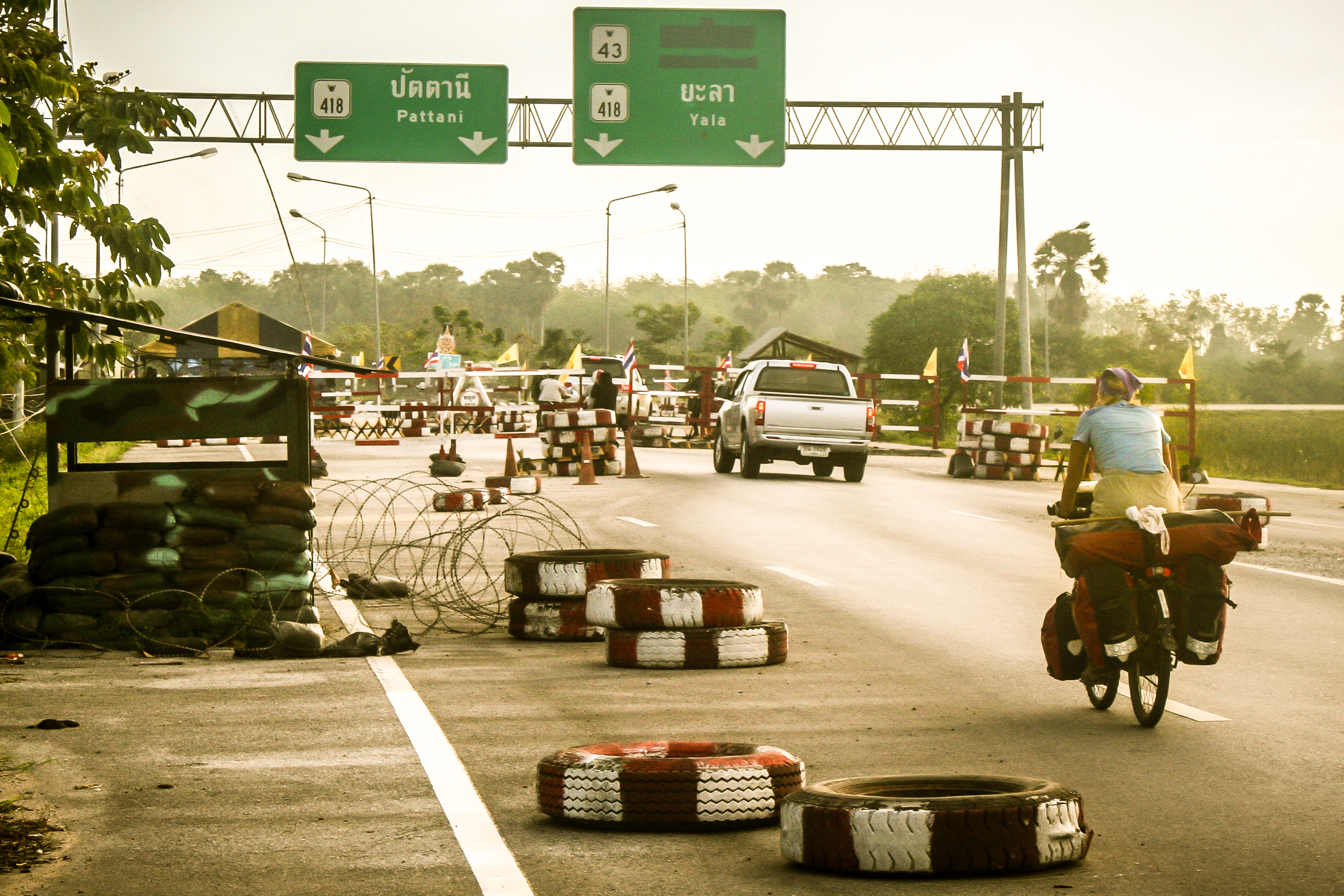 The World's Most Dangerous Countries for Bicycle Travelers

Are you wondering which countries are best avoided on a bicycle tour around the world? A recent report by the World Economic Form might help you decide.

The WEF's  Travel and Tourism Competitiveness Report, ranks the safety of 136 countries around the globe.

To come up with this ranking, the forum "measures the extent to which a country exposes tourists and businesses to security risks mainly related to serious harm to people (violence and terrorism)." The ranking does not take petty crime into account.

Note that this report covers only 136 of the world’s 196 countries. Notorious hotspots, including Afghanistan, Syria, Somalia and South Sudan, have not been ranked.

If they had, you can be sure they’d have snapped up the top honors.

Below is Part 1 of the 20 most dangerous countries for travelers. I think you’ll find some surprises.

20. Democratic Republic of the Congo

The Congolese armed forces, as well as other armed groups and bandits, are active in many parts of the country, and they are pretty violent. Because the Congolese military is in operation throughout the country, travellers are likely to come across troops, armoured vehicles, and attack helicopters.

Our take: We briefly visited DRC in 2008, but would hesitate before returning today.  Peter Gostelow and Nicolas Marino each spent a significant amount of time cycling through the Congo, and both came out unscathed.

The provinces of Yala, Pattani, Narathiwat, and Songkhla — all of which are in southern Thailand — are the most dangerous in the country. In the past 13 years, more than 6500 deaths have occurred in these areas due to violence. There's also a martial law in effect in the region.

Our take: In 2012, we pedaled through the above mentioned danger zone of southern Thailand. It was sketchy at the time, and I’d definitely choose a different route in 2018.

While there are currently no travel advisories for Jamaica, violent crime and shootings are still rampant in some parts of the country, like Kingston and Montego Bay. Even guests staying in resorts can be affected.

Our take: The risk (small as it may be) of taking a random bullet during a drive-by shooting is enough to relegate Jamaica to the bottom of our ‘must cycle’ list.

High crime rates in South Africa have led many locals to hire private security guards to protect them. Rape and murder occur frequently, especially in the more remote townships and settlements.

Our take: We biked through South Africa in 2007 and 2008. Locals constantly warned us about safety issues and many people we spoke with had been directly affected by serious crime including home invasions, car-jackings and murders on their farms.

Guatemala's border with Mexico is one of the most dangerous parts of the country because of frequent drug and alien smuggling. The country also had the fifth highest homicide rate in Latin America and the Caribbean last year. Other common crimes include carjacking, armed robbery, and theft.

Our take: We were robbed by a group of machete wielding men during a backpacking trip to Guatemala in 2003. The local police (who perhaps operated in collaboration with the criminals) were of little help and we never recovered our stolen items.

In 2010, we safely cycled through Guatemala without even having a water bottle nicked. At one point, the police even gave us a lift across one notorious danger zone.

Central America is one of the more dangerous regions on earth, but that doesn’t seem to stop the steady stream of backpackers and bicycle travelers. I’d cycle again in Guatemala, but avoid wild camping and large cities.

ISIS, Al-Qa'ida, and Boko Haram are all active in Chad. In the past, attacks by these extremist groups have targeted not only civilians and security forces, but also foreigners.

Border crossings can be dangerous too, due to minefields in those areas — specifically Chad's borders with Libya and Sudan.

Our take: We deemed Chad too instable for safe bicycle travel in 2006 and my opinion hasn’t changed in 2018.

Our take: When we cycled through Bangladesh in 2015, local leaders voiced some concerns about security. After the 2016 terrorist attack at the Holey Café in one of Dakha’s hippest neighborhoods, I’d think twice about returning to Bangladesh.

The ongoing attacks and brutal murders of secular bloggers in Bangladesh is another issue to consider before planning a bike tour in Bangladesh.

The risk for terrorist attacks is high in Mali's capital, Bamako, as well as other parts of northern and central Mali. Hotels and restaurants are often the targets for these attacks; in November 2015, several people were taken hostage and killed at a Radisson Hotel in Bamako.

Our take: Mali was part of our Africa cycling tour in 2006, and the country felt safe at the time.  In light of the increased terrorist activity in the region, I’d probably make a detour around Mali or limit my time there and avoid the more remote areas of eastern Mali.

Because multiple extremist groups are active in Lebanon, terrorist attack such as bombings happen frequently. It's also typical for protests and smaller disputes between neighbours or families to escalate and turn violent, causing harm to bystanders.

Our take: When we biked Lebanon in 2009, the country felt very dodgy (a bomb exploded nearby at one point).  I wouldn’t feel safe returning to Lebanon in 2018.

In addition to the recent shooting and fire at a Manila Casino, kidnappings are common throughout the Sulu Archipelago and the southern Sulu Sea. Foreigners are often the targets of these kidnappings.

Our take: In 2013, when we cycled through the Philippines, there were a few instances when we wandered into sketchy neighborhoods and remote mountain regions and felt a gnawing sense of fear. There are definitely some no-go areas in the country, so plan your route accordingly.

Fortunately, our plans to cycle across Mindanao were dashed when the ferry we were planning on catching from Mindanao to Malaysia was cancelled.

At the time, Mindanao was risky (there had been several kidnappings) and I felt uneasy traveling there. Eric had somehow convinced me that Mindanao was safe as long as we stuck to populated areas and did not travel by night. With hindsight, we both realize that cycling Mindanao would have been a mistake.

If a partner is trying to convince you to visit an area that seems unsafe, do careful research and evaluate the risks. If you’re still convinced the area is unsafe, stick to your guns and don’t go!

Part 2 of the World's Most Dangerous Countries is coming soon.

4 thoughts on “The World’s Most Dangerous Countries: are they safe to cycle?”

Using the links below, you can download the GPS tracks for the most popular EuroVelo Routes. If you're using a...