Following the local look in Iran.

Female cyclists: what to wear in conservative countries?

In almost all countries, women are allowed to dress as they please when bicycle touring. The exceptions are Iran and Saudi Arabia. When bicycle touring in Iran, all women must obey the official dree code. This means they must cover their heads and wear a long coat or tunic so that the shape of their bottom is not revealed. Woman must completely cover their arms and legs when traveling in Iran.

For a long time, women were not allowed to ride a bicycle in Saudi Arabia. With the recent relaxation of rules, Saudi women can now ride bicycles, but they must be fully covered.

What to wear bicycle touring outside of North America and Europe?

Short shorts and form-fitting jerseys may be the norm in Europe and North America. But you may want to think twice before decking yourself out in revealing lycra when you cycle through parts of Asia, the Middle East and Africa. Even showing off your shoulders and knees may be considered sexy in some parts of the world.

Is it fair? Not really.

Obviously, it's a woman's choice as to what she wears when bicycle touring. In an ideal world, it wouldn't matter what a woman wears. She would feel safe and be treated with the same respect no matter if she were wearing revealing cycle shorts and a sports bra or long pants and a baggy shirt.

Wearing cycling shorts and a tight tank top is unlikely to cause outright hostility (unless you’re cycling in Iran or Saudi Arabia).  But, sadly, you may attract more unwanted attention if this style of dress is uncommon for women in the country you are cycling through.

Women cyclists generally have an easier time bicycle touring when they conform to cultural norms. If you don't stand out, you'll garner less attention. This makes sense. 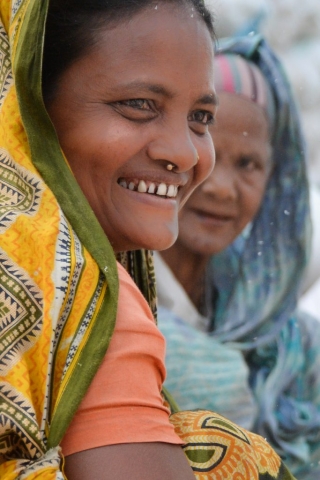 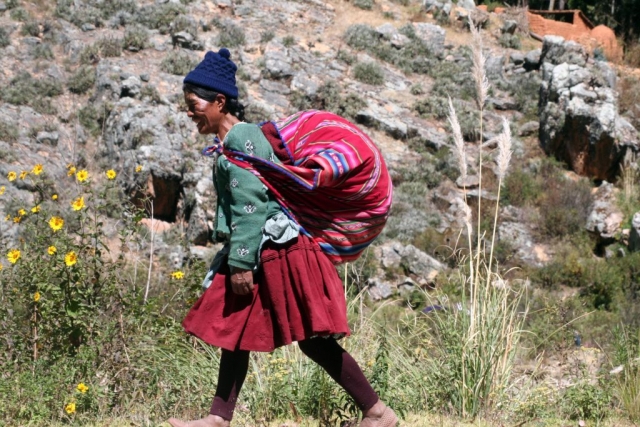 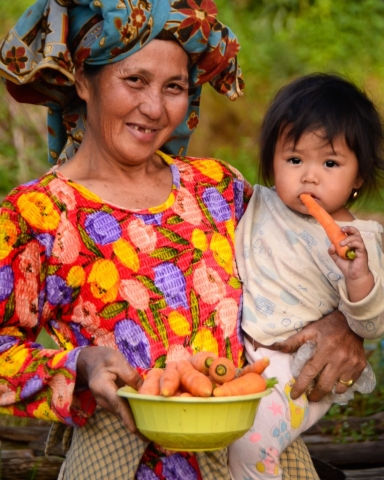 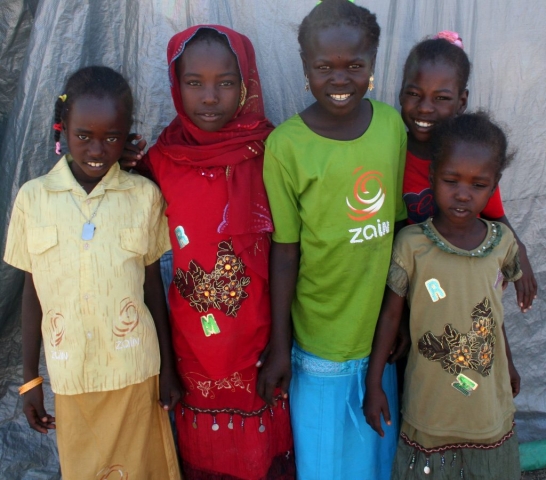 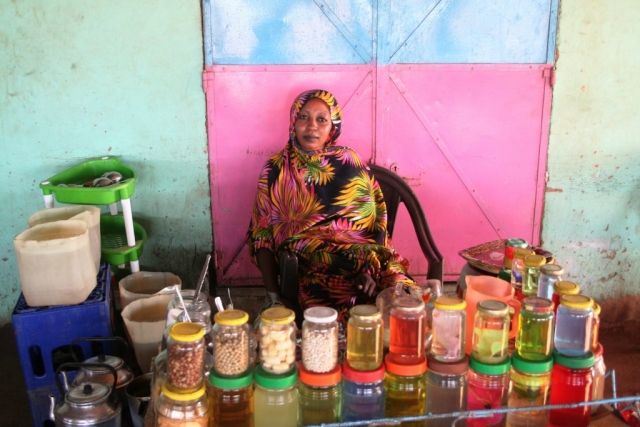 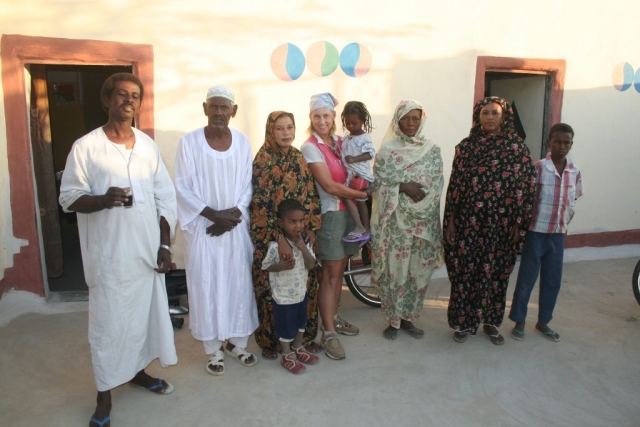 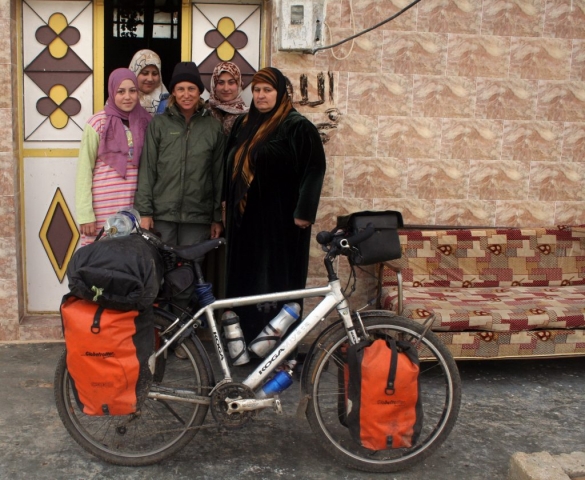 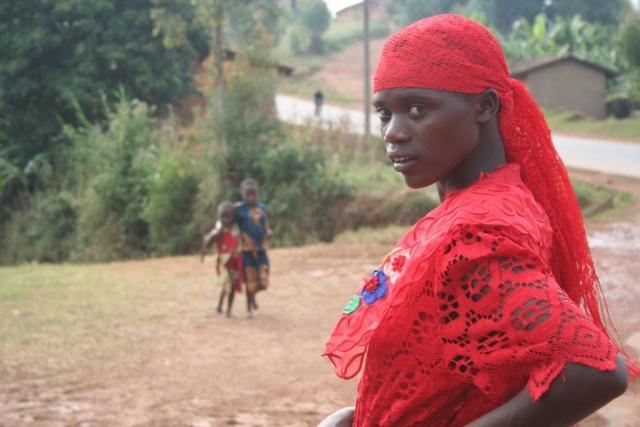 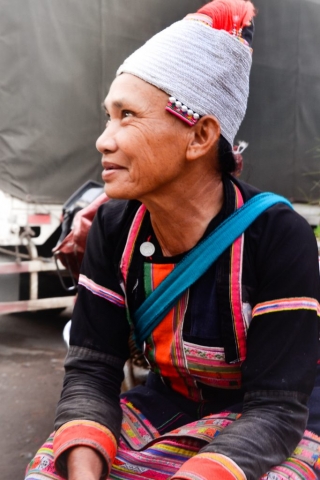 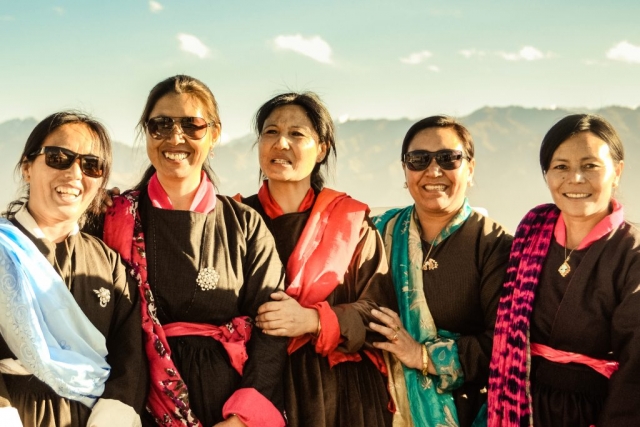 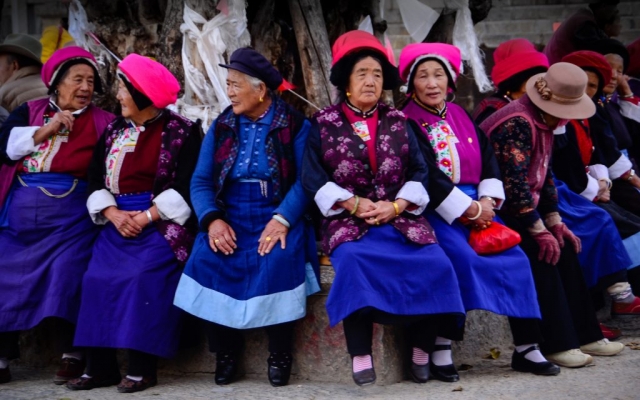 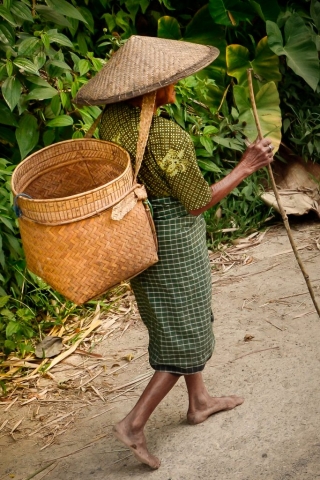 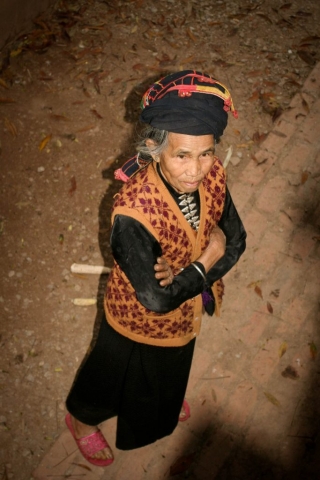 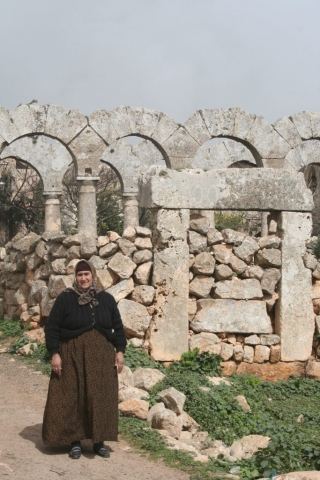 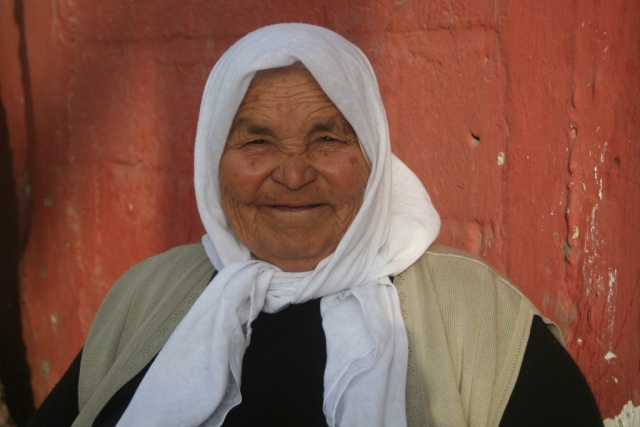 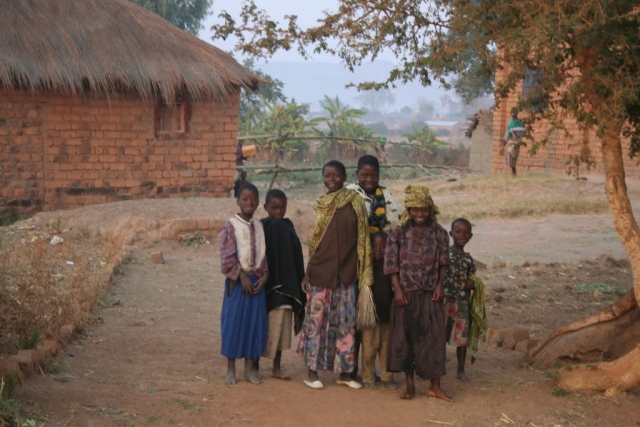 In most developing countries, women dress fairly conservatively —particularly in rural areas. Showing shoulders and knees is just not the norm in many places.

Don’t take it for granted that a Maasai villager in Tanzania is a Tour de France fan and understands why you’re riding through his country in skin-tight clothing.  It may not seem fair, but locals will judge you by the way you dress.

While cycling through Africa, I rarely wore my lycra cycling shorts.  When I did, I noticed some long stares, a few embarrassed snickers and even hoots of laughter when I strode up to the local well to fetch water.  I felt ridiculous.

If you’ve got the right saddle, chances are you will feel comfortable without the added cushion of bike shorts.  I quickly got used to riding without special cycling attire. I often ride in a regular cotton skirt that goes just below my knees.  Sure, that's not typical cycling gear. But skirts are surprisingly comfortable and airy plus they respect cultural norms.

A pair of loose fitting trousers or longish shorts are also good bets. I would strongly advise against showing your shoulders. This really is seen as provacative in many countries.

To be honest, I'm pretty relaxed about what I wear while I'm bicycle touring. Even in Iran, I let a little hair show and in conservaive Bangaldesh I wore shorts! Cycling as part of a couple, women probably face fewer problems when they break from cultural norms in attire.

On and off the bicycle

Before cycling through Sudan, many people warned me that it was a very conservative Muslim country, and I would be wise to cover up accordingly.  Well, it was hot and I continued to ride in loose cotton shorts and no one looked at me twice.  When you're on a bike, people tend to cut you some slack.

Of course, when we stopped for the evening I quickly slipped on a long skirt as a matter of respect for the Sudanese culture.

A Western woman can get by with quite a lot when she's on a bicycle.  Once she's off the bicycle that's another story, it's probably best to cover up more and be sensitive to local norms in dress.

Before setting off on your epic adventure, try out your clothing and make sure it’s comfortable—even after 6 hours in the saddle.  And don't forget to pack stuff that won’t be too conspicuous out in Timbuktu.

What to wear? Tips for women cycling in conservative countries

All prejudices aside, France stands out as a top destination for cycling.  Great diversity of landscapes, vast stretches of picture-perfect...