Dealing with Malaria: tips from a two-time survivor

Malaria is a serious issue for anyone traveling in sub-Saharan Africa, even more so for cyclists who will spend considerable time in villages far away from major medical centers. Your best defense is a good mosquito net, liberal use of repellent and covering exposed areas of the body as soon as the sun starts going down.

You'll also probably want to take prophylactics. Prophylactics are drugs that guard you against malaria, but are never 100% effective. New resistant strains of malaria are cropping up all the time, so you have to stay abreast of the situation.

We're not medical experts, but we have decided to share what we've learned about malaria in hope of leading you in the right direction. Be sure to contact your local Tropical Disease Center to get advice from a specialist.

Some medical professionals may tell you that you'll build up a resistance to malaria after having spent an extended period of time in a malaria zone.

As far as we can tell this is absolute rubbish, because locals from Senegal to Malawi all complain of being affected by the (sometimes deadly) illness. Lariam, a once popular anti-malarial, has a reputation for causing serious side-effects such as nightmares, paranoia, and in extreme cases, irreversible

Lariam, a once popular anti-malarial, has a reputation for causing serious side-effects such as nightmares, paranoia, and-- in extreme cases-- irreversible mental illness. We decided those side-effects weren't worth the risk. Chloroquine alone is another option, but only in regions categorized by the WHO as zone 1 (low resistance, eg Morocco, Egypt).

In zone 2 (medium resistance e.g. Mauritania and northern Senegal) one can take a combination of chloroquine plus proguanil, which is what we did.

In zone three regions (high resistance, all other countries up to Zambia) we took a daily 100mg dose of doxycycline, which is actually an antibiotic. One major side-effect of doxycycline is that it can increase sensitivity to sun. Fortunately, we didn't have this problem.

Anti-malarials can be very expensive when purchased in Europe or North America. We bought all medicines in Africa, where they are readily available and cost a fraction of what you pay in the West. Although there have been recent scares about fake drugs flooding the markets in Africa, most reputable pharmacies will stock drugs imported from India (one of the world's largest producers of pharmaceuticals) which are often manufactured in cooperation with a reputable Western pharmaceutical company.

watch  out for these symptoms
It's not always easy to know if you've got malaria. If you're taking prophylactics, these drugs may mask symptoms.  Here is a list of symptoms associated with malaria:

Malaria symptoms will occur at least 7 to 9 days after being bitten by an infected mosquito.
Malaria may cause anemia and jaundice. Malaria infections with Plasmodium falciparum, if not promptly treated, may cause kidney failure, coma, and death. Some travelers may still develop malaria up to a year after returning from a malarious area.

See a doctor immediately if you develop malaria-like symptoms.  In many cases, medical help may not be available, so it is imperative that you carry an emergency treatment.

We carried a supply of coartum. If you fall ill and suspect it's malaria, you can use coartum for emergency self-treatment. Just follow the usual dosage instructions printed on the package.

Even if you can find a doctor, in many out of the way places it’s unlikely that medical professionals will have malaria testing kits. Most medical professionals in Africa usually just assume it's malaria if you've got a high fever. Simple-to-use self-testing kits for malaria are available in Europe and North America, so you may buy a couple before you head off on your trip.

We both came down with a mild form of malaria twice. It was not the crisis we had imagined. There was certainly no need to consider medical evacuation.  We were overcome with a heavy fatigue, listlessness, and high fever. But just a couple of days after beginning the treatment, we felt better and were able to get back on the bikes.

We were lucky.  Malaria can be fatal so take any symptoms seriously.

Check out the Center for Disease Control for country-by-country specific health information.

We are not medical experts.  The information provided here is based on our personal experiences only and should not be considered medical advice.  Consult a physician for all questions concerning malaria and other medical issues. 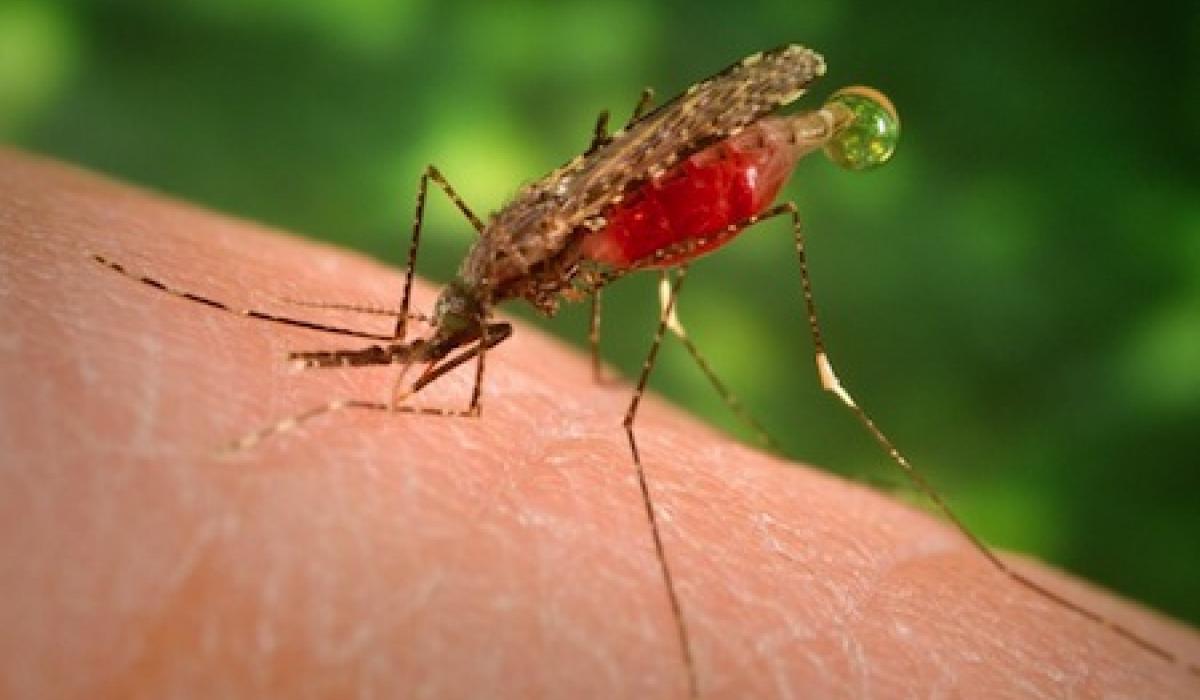 Dangerous dudes? Not in our experience.You want adventure and know Africa’s the place to find it.  But when you switch...