The Great Divide Mountain Bike Route is the world’s longest off-road bicycle touring route. The GDMBR is 2,768 miles (4,455 kilometers) long. It begins in Banff, Canada and continues across the spine of the continent all the way to the Mexican border.

Complex logistical issues add another layer of challenge to the GDMBR. In some spots, reliable food and water sources are over 100 miles (160 km) apart.  Riders also contend with unpredictable weather patterns and must be prepared for possible snowstorms, plus the inevitable rain, gusty winds, and temperature extremes.  Add to that the threat of grizzly bear encounters and you’ve got a recipe for adventure (or disaster depending on your level of preparedness).

We were in.  The Great Divide Mountain Biking Route had been banging around our bucket list for years.  Back in 2009, we’d knocked off the TransAmerica, the Pacific Coast and snatches of the Southern Tier.  A ride up to Alaska in 2009 had whetted our appetite for the Rockies.

As is often the case with adventures big and small, our Ride the Divide got off to a rocky start.  Departure day saw us frantically dashing around Bruce’s bicycle retreat on Daly Street in Missoula. After a decade on the road you’d think packing would be so automatic you could do it with your eyes closed.  Normally I can. Great Divide departure day was different.

I’d tracked down new (to us) gear in Missoula’s many well-stocked thrift shops and a few companies (including Showers Pass—yeah…real rain gear that keeps you dry no matter what) had come on board as World Biking supporters.  All that new stuff meant we rolled out the door with our bikes looking even more cumbersome than usual (and they were already pretty unwieldy).  Although I hadn’t dared to peek into Eric’s panniers (for fear of discovering 6 spare chains and an old crank as I had once in China), he’d obviously held on to all his old gear on top of the new stuff.  I had not married a minimalist.

As he wobbled down Higgins Avenue like a novice rider on his first-ever bike overnight, I wondered how we would possibly tackle all those passes on the way to Mexico.

Before hitting the road we popped downtown to the Adventure Cycling headquarters for a portrait with photographer Greg Siple for his Open Road Gallery Series.  In addition to visually documenting the cyclists who pass through Adventure Cycling’s Missoula headquarters, Greg now conducts a bicycle weigh-in.  How humiliating.

How heavy are your fully-loaded bicycles?

Eric’s bicycle and loaded panniers weighed 180 pounds (81 kilos).  My bike and gear tipped the scales at 140 pounds (64 kilos).  Greg cheekily suggested we split the difference and even out the loads at 160 each.

My refusal was adamant. Having just relinquished my much-loved yoga mat in a quest to lighten my load, no way was I going to enable hubby’s hoarding habits.

A few harsh words may have been exchanged on the way out of town, but by the time we hit our first big climb on the way to the ghost town of Garnet, all focus was on forward momentum.  Every pedal stroke was agony.  It was near sunset when we finally topped out and set up camp.

We were knackered and hadn’t even hit the 100-kilometer mark. This plummeting of fitness is nothing new–happens every time we take time off the bikes.  Within a few days, we’d get our rhythm back.

At the tiny hamlet of Wise River, we slipped on to the actual GDMBR.  I was excited.  First off, because following somebody else’s route takes away all the stress of choosing a route.  The downside being that planning a route can also be the fun part.

I also thought it would be cool to hang out with some other cyclists.  In obscure cycle touring destinations like Bangladesh or Northeast India, we sometimes go months and months without encountering a fellow two-wheeled traveler.  Things can get lonely.

But most of all I was curious to find out if we had what it took to take on the mighty divide.  We do…most of the time.

Here are a few highlights from the Montana and Idaho sections of the GDMBR: 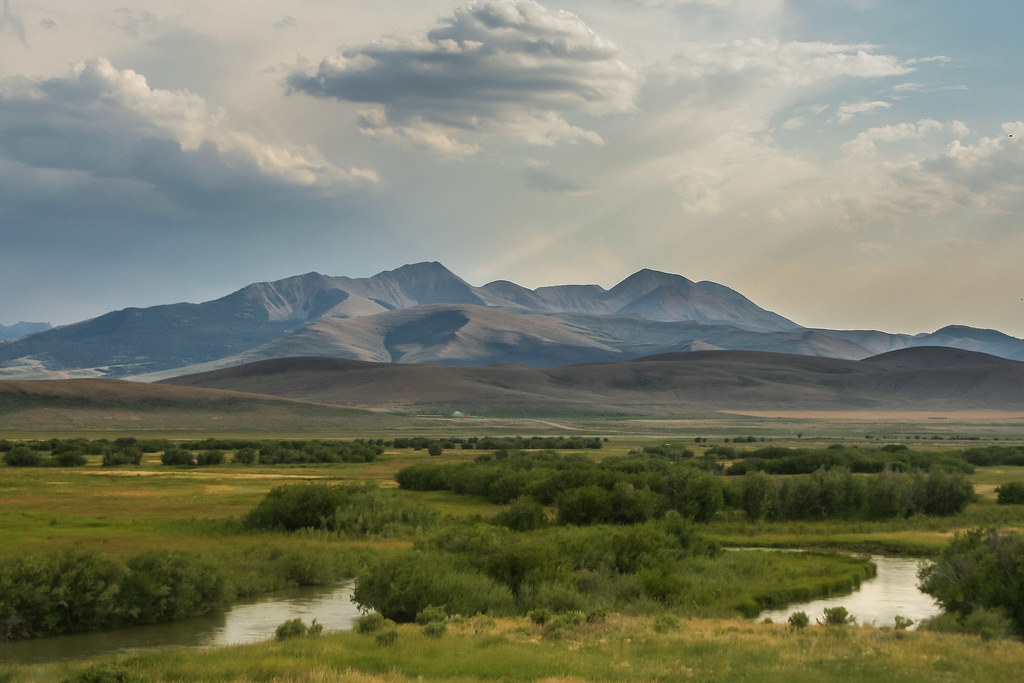 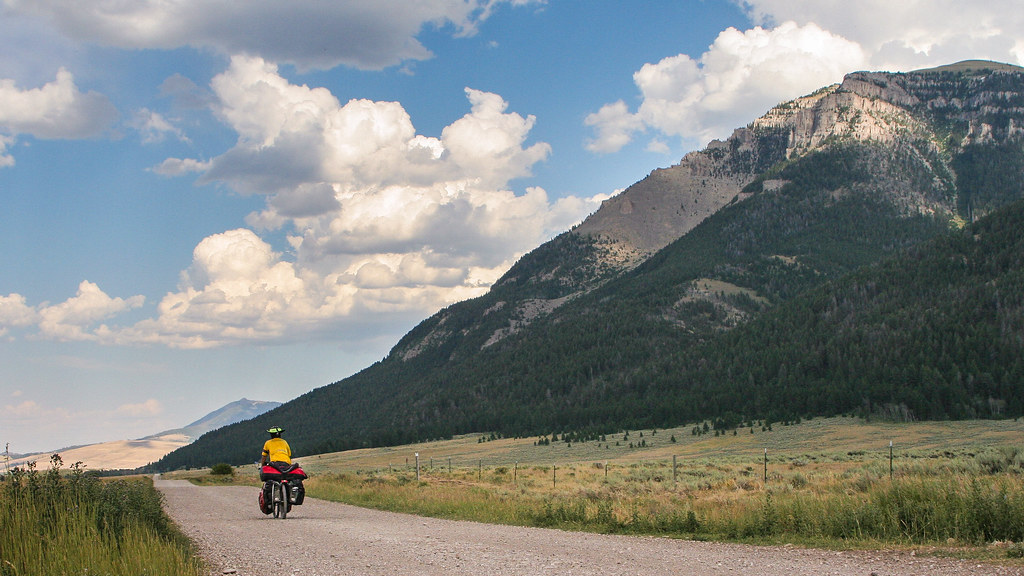 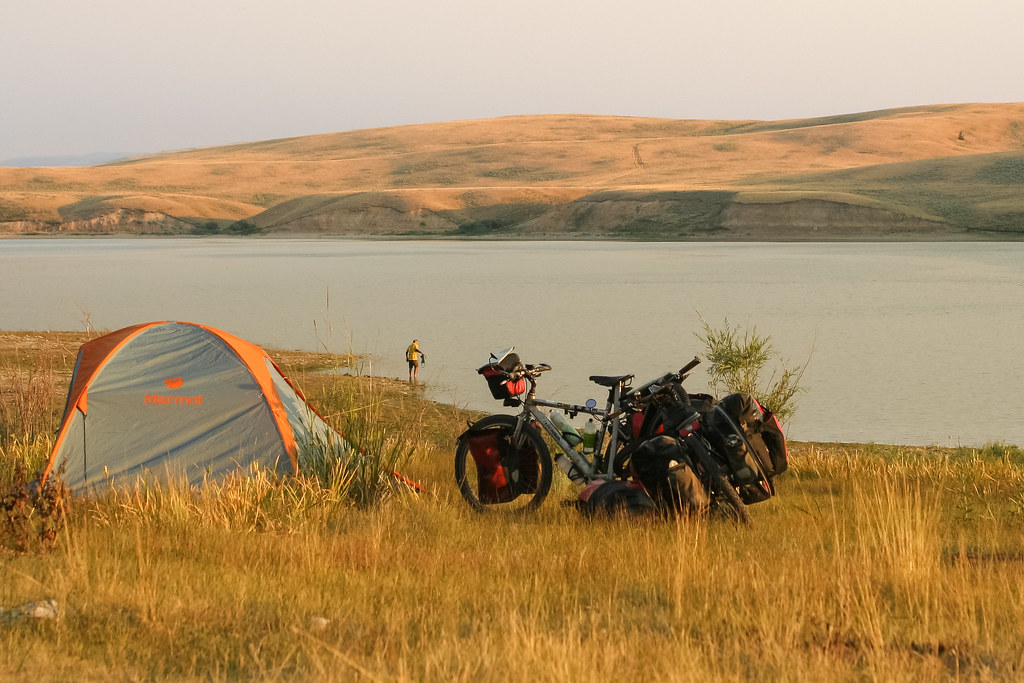 In 2014, Adventure Cycling unveiled what promised to be one of America’s most beautiful and challenging bicycles touring routes: the...