This is a guest post by Darren Alf of  Bicycle Touring Pro.

Albania gets a bad wrap sometimes, but it’s a beautiful country that few tourists include on their bucket lists. That said, the fact that there are so few tourists in Albania makes it ones of those special places in the world where there is no established tourist industry, the people aren’t there to hustle you in any sort of tourist scam, and you’re free to roam about on your own while at the same time getting a truly authentic travel experience. 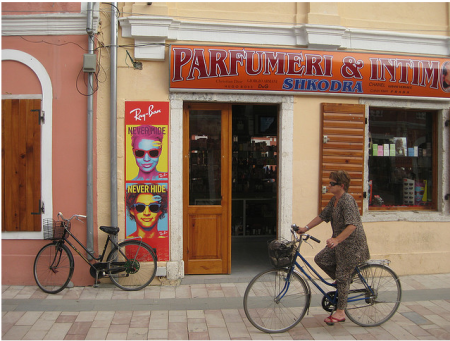 One of the cheapest countries in all of Europe

Because Albania isn’t (yet) thought of as a tourist destination, the prices in this tiny South Eastern European country are really, really low. In fact, Albania has some of the cheapest prices in all of Europe! A large pizza, for example, can be purchased for as little as one Euro… and lodging can be had for 7 Euros or less.

If you like mountains, Albania is the place to be! While the country certainly has its flat spots, a large majority of the country is made up of tall, green, maze-like mountains. For some cyclists, Albania’s mountain landscape is a dream come true. For others, the mountains of Albania will only serve as a hurdle that needs to be crossed. Either way, it’s hard to ignore the beauty that is Albania! 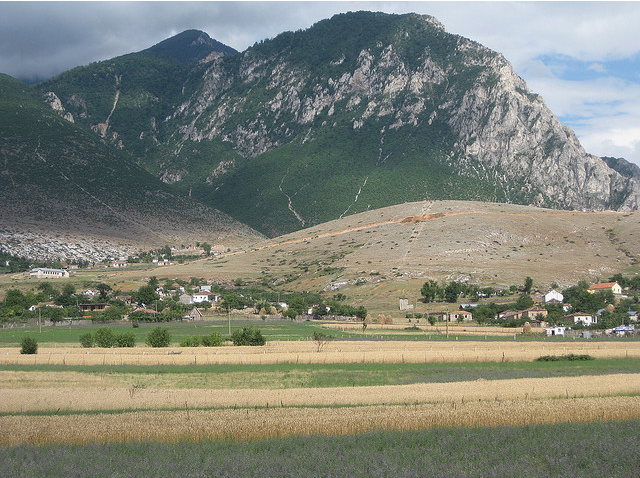 The people are friendly and helpful.

When you travel sometimes, you hear negative things about a place you plan to visit, but once you get there you realize that the things you’ve heard are entirely untrue. This is the way many travelers feel when they first arrive in Albania. When you ask many of the people in neighboring countries about the people in Albania, you’ll get nothing but negative remarks. But the truth is, most people in Albania are nice, friendly, helpful people who will go out of their way to make sure you enjoy your stay in their country. 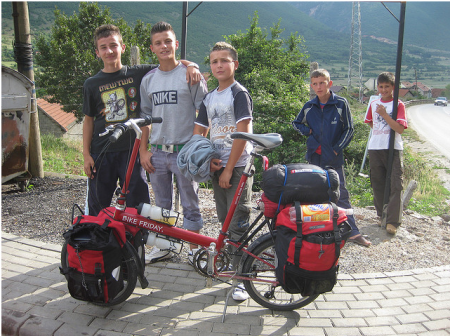 A historically fascinating part of the world.

Historically speaking, Albania’s got a lot to talk about. Not only is it one of the few countries in Europe with a large Muslim majority, but the country has a long history of conflict with its neighbors and the communist regime. While many of Albania’s neighboring countries still have negative feelings toward the country and its people, and the remnants of conflicts gone past can still be seen all across the nation, Albania is moving forward. In 2009 Albania became a member of NATO and the country is currently making strides to become a part of the European Union. If you’re a history buff, Albania is certainly worth a peek. 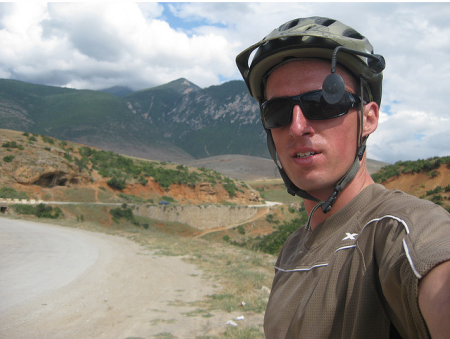 Darren Alff has cycled across 29 of the 50 United States and dozens of different countries around the world. Today Darren continues to travel the world by bike while at the same time teaching others about the joys of bicycle touring and world travel on his website at www.bicycletouringpro.com.

Next up in  the A-Z of Bicycle touring:  Top 5 Reasons to go Bicycle Touring in Afghanistan.  A guest post by Rob Lilwall.

This is a guest post from David Piper of  tra-velo-gue.co.uk If you’re looking to start touring but think Azerbaijan a...