Adventure, fear, adrenaline. I don’t want to be flippant with this reason. It is of course incredibly risky going through Afghanistan. I cycled through in 2007, and it has got even riskier since then. And I also tried to minimise the risks as much as possible: by staying with NGOs or people I trusted at night (no camping); by only riding in daylight; by only riding north of Kabul.

In fact, I even caught a bus to get across the Khyber Pass, breaking my “cycle every mile” rule for the first time on my 3 year expedition. So, adventure, yes, if that is what you are really after – as long as you know you are not invincible and it is highly inadvisable and you may never come out the other side. So with all those disclaimers in place… yes, it is a wonderful adventure, which will make you feel totally alive. Now onto the next, more positive points. 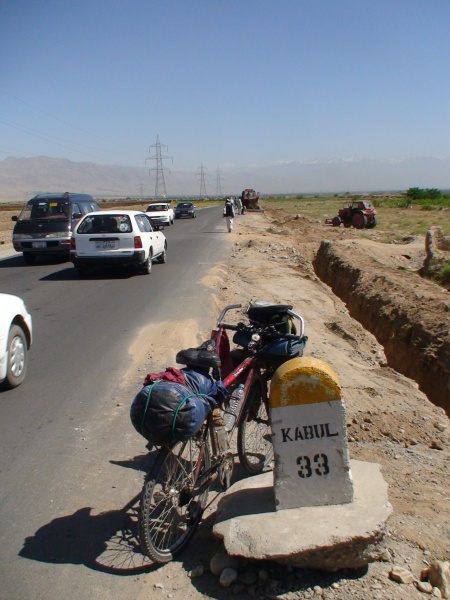 Spectacular scenery. The Hindu Cush are some of the worlds beauties. Jagged, raw, angry mountains; snow capped, defiant to any who would tame them climbing out of Afghanistan’s ancient soils and touching the sky. 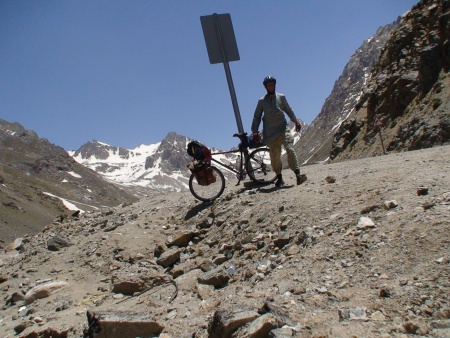 Wonderful people. They have suffered so much, but nearly everyone I met was friendly and polite, and took care of me. All they want to do is get on with their lives in peace. Occasionally I did meet less friendly people, which was usually my cue to jump back on the bike and keep pedalling, hoping they did not decide to chase me in a car (which they didn’t) 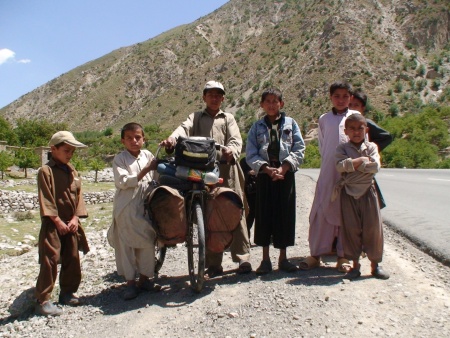 History – Babur’s tomb, the ancient city of Balkh (where Alexander got married), Mazar-e-Shariff. If you are interested in the history of Central Asia, Afghanistan is unbelievable. 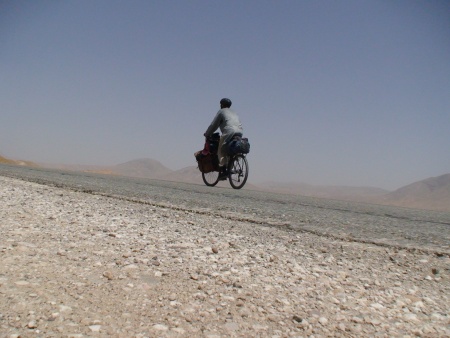 Good short cut – if you are coming through from Iran to India – going through Afghanistan is quicker than going over the top through Turkmenistan, Uzbekistan, etc. But that alone is clearly not a reason to take such a risk. 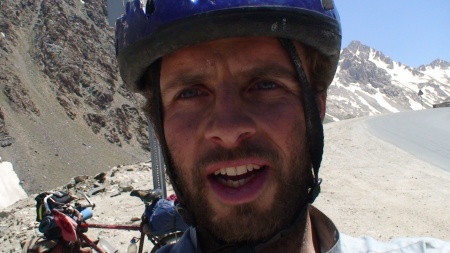 The North American original edition of the “Cycling Home From Siberia” is coming out on April 5th 2011 (published by Howard books, an imprint of Simon & Schuster). Available for pre-order from Amazon.com

Rob has a New Expedition in the pipeline – currently under discussion with TV broadcasters. It definitely fits the bill as a sequel to Cycling Home From Siberia, but this time it’s not on a bicycle. More info to follow shortly.

Next up in  the A-Z of Bicycle touring:  Top 5 Reasons to go Bicycle Touring in Australia.  A guest post by Nicolai Nicolai Bangsgaard  of Worldtravellers.dk

This is a guest post by Darren Alf of  Bicycle Touring Pro. Reason #1 Few tourists means a unique and...