This is a guest post by Nicolai Bangsgaard of www.worldtravellers.dk.

It’s been one year since I got back to Denmark after having completed (in February 2010) a 4-year solo bike ride around the world. Giving talks around Denmark, I’m often asked “So what’s your favourite country, Nicolai?”

I pedalled 62.000 km through 53 countries, and – admittedly – I have a habit of falling in love with most of the countries that I spent a reasonable amount of time in. Despite of this, one country really sticks out: Australia. Even now, 3 years after I left that country, headed for New Zealand, not a week goes by without me remembering the fantastic 6 months I spent there.
My love for Australia (as a bike destination or otherwise) has many faces, and the following 5 things I love about the continent is but a meager and incomplete list:
1. THE OUTBACK.
Crossing the continent from Darwin to Adelaide was one of the absolute highlights of my RTW journey. The isolation and lack of civilization, the colors of the outback (red sand, black asphalt, blue sky, green trees/bushes), the seemingly endless black bitumen ribbon connecting impossible horizons, the simplicity and focus in the saddle, the ease of finding a fantastic and lonely spot for your tent at night, the sense of purpose and being in contact (with nature, myself, and the bike): it all made for a stunningly beautiful, magical experience that I’ll just never forget… 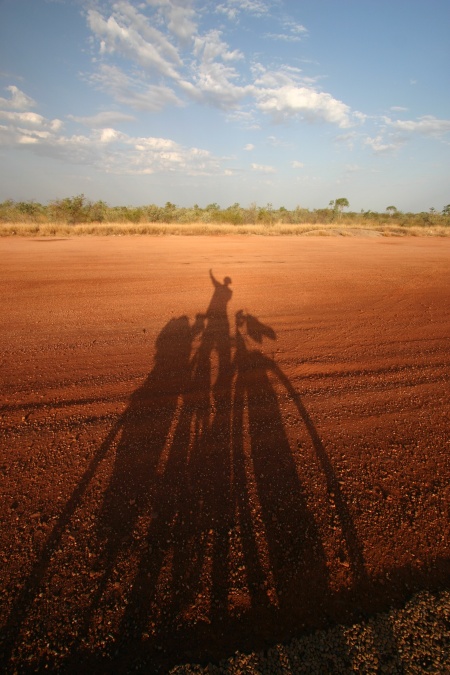 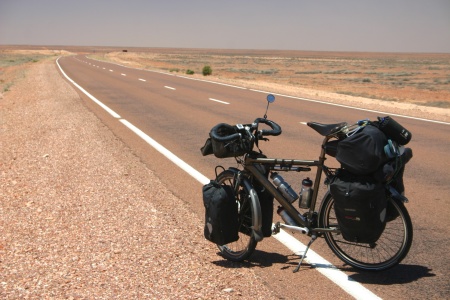 2. THE COASTAL SCENERY.
The coastline from Melbourne to Sydney is – in my eyes – one of the most scenic I’ve ever seen. It really took my by surprise. The relative lack of tourism in the southeastern corner of the country also added to the over-all attractiveness. The roads do occasionally have some insane – but always short – killer ascents, but the sea/bay views generally more than compensate. 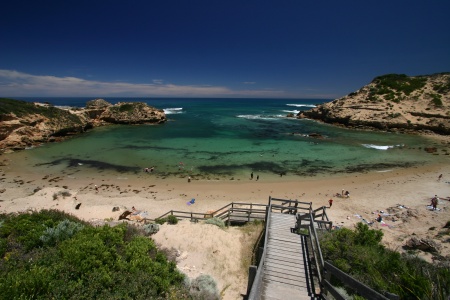 3. PEOPLE.
To me, generally speaking, the Australian people is a very easy-going, extremely hospitable and loving lot. Instead of meeting the stranger (me!) with hesitation and preconceptions, I was often handed a cold beer (always welcome around here), and with it the invitation to come over for a little chat. That’s a great way to greet your neighbor and I love Aussies for that attitude. 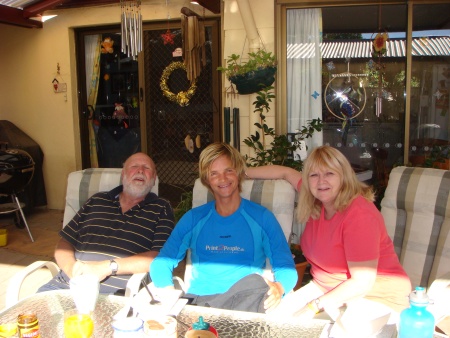 4. THE CITIES.
Apart from Rio de Janeiro no city in the world compares to Sydney when it comes to natural beauty (see my Top 25 Beautiful Cities in the World). With such a magnificent setting, Sydney will probably always be on my list of places, where I’d love to live one day. Melbourne and Adelaide is also some of my favourite cities in the world, with a great cosmopolitan feeling to them, great nightlife (especially compared to the outback), international food, music scene, atmosphere etc. 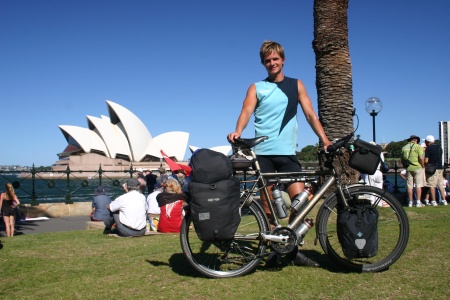 5. THE CLIMATE.
I visited Australia from September (Northern Territory) to March (New South Wales) 2007-2008, and generally had just fabulous weather. Humid, rain-free and sunny in the north; dry, hot and sunny in the outback; humid, relatively dry, and warm/hot in the south/southeastern parts. Everything seemed to take place right under the sun – or so it seems in my memories – which is never a bad place to be… 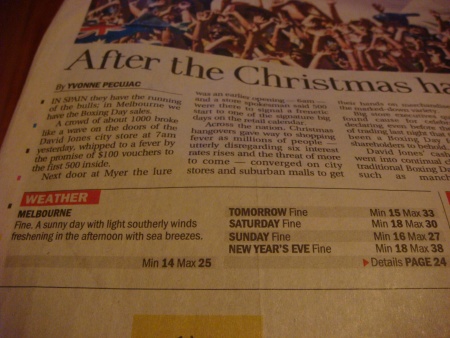 So, to me the answer to the question about my favourite country is really an easy one: Australia it is…
Profile:
Nicolai Bangsgaard (b. 1976, in Denmark) is a round-the-world cyclist, anthropologist, writer and self-taught photographer. He lives in Copenhagen, Denmark, and currently earns his living by giving talks/presentations about his 2006-2010 RTW bike ride, while writing his first book and planning future adventures.
Website: www.worldtravellers.dk
Photo gallery:  Flickr Photo Stream

Next up in  the A-Z of Bicycle touring:  Top 5 Reasons to go Bicycle Touring in Angola.  A guest post by Paul Morris of The Journey Home.

This is a guest post by Rob Lilwall. Reason #1 Adventure, fear, adrenaline. I don’t want to be flippant with...