A look back at what we’ve been up to since the last update way back in September.

4 Number of border crossings.  Paraguay to Brazil, Brazil to Argentina, Argentina back to Brazil, and finally Brazil to Uruguay.  Which we technically crossed illegally.  Well, we haven’t officially departed brazil because when we turned up at the border we discovered there was no immigration post. Yep, you guessed it, the magic stamp was being given some 100 kilometers back.  What’s up with Brazil and borders?  This is our second such experience.  Thankfully, the Uruguayans stamped us right in without fussing about exit stamps from Brazil.  Saved us backtracking, but probably means we’ll be blacklisted from Brazil.  All I can say is that fatigue inhibits good decision making.

3 Number of new electronic devices purchased.   One new computer and two new MP4’s. While lugging around two computers on the back of a bike may sound a little extravagant, it sure does cut down on the arguments.    No more, ‘Are you almost finished?  What can you possibly be doing on that computer all this time.  You know I also want to check my e-mails.’  The extra weight is well worth the peace.

11 Hours spent visiting some of the world’s most spectacular waterfalls.  Iguazu, of course.

7 Number of e-books read.  Now you see why we needed a second computer.

73 Hours spent listening to podcasts while pedaling.  And there you have it, the reason for the new MP4’s (although I really wanted an I-pod, but you know what my frugal French husband thought of that).

22 Number of days spent waiting in Asuncion for shiny new passports from the French authorities.  Mine was expiring and Eric’s was chock full of stamps.  Used to be you could apply in one country and pick up your new passport in another country down the road.  No more.  ‘Heightened security,’ they say.   More like heightened hassle.

4.5 Number of liters of ice cream devoured.  The best being a liter we shared with new friends in Asuncion.  There’s just something about everybody taking up spoons and digging into a liter of creamy goodness that seems so convivial. 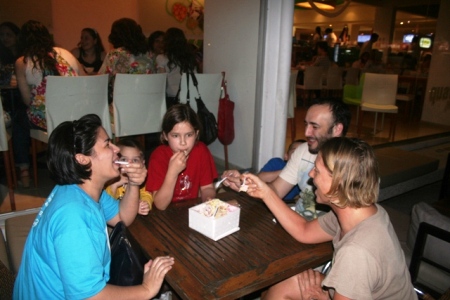 1 Number of museums visited.  Just one, but it was excellent.  The Mennonite museum in Filadelfia, Paraguay.  We learned all about how this hardy folk carved out a colony in the inhospitable Chaco.

33 Number of times we have eaten pasta.  Spaghetti or macaroni is about the only choice we have to make around dinner time.

2 Number of cyclists met.   Incredibly, the last time we bumped into other touring cyclists on the road was way back in Colombia.  Can you believe it?  Not a single cyclist had crossed our path in more than six months.

18 Number of nights spent camping.  All of them free.  We continue to be amazed at the sense of hospitality in South America.  It’s a rare occurrence that somebody turns us down we when request to camp on their land.  Ranches, gas stations, churches, community centers, police stations, schools…people everywhere have welcomed us with a smile. 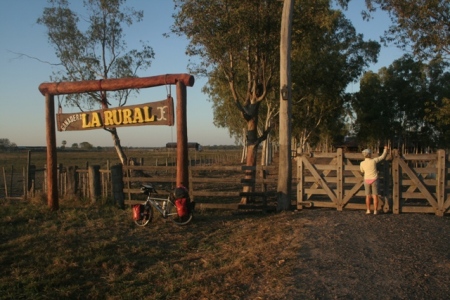 29,279 Number of kilometers we have pedaled since leaving the United States in December 2009. 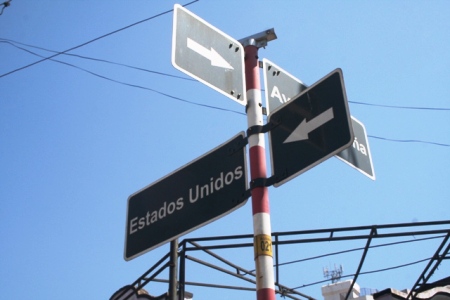 11 Number of rainy riding days.  Not too bad, I suppose.  The problem is that we’ve left the tropics and riding in the rain leaves us sneezing and hacking away for days. Yes, I grew up in arctic Montana, but that doesn’t equate with a fondness for negative temperatures.  Any suggestions for dealing with the wind chill in Patagonia? 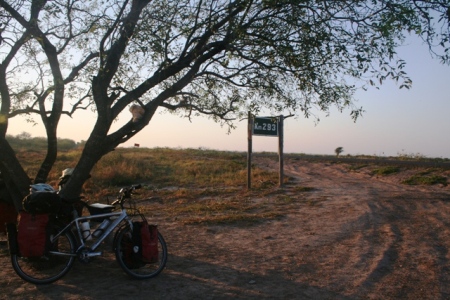 6 thoughts on “Bicycle Touring by Numbers”

A last look at brazil..beautiful camping and cycling  Stephen Spender “Travel is an art which has to be created...