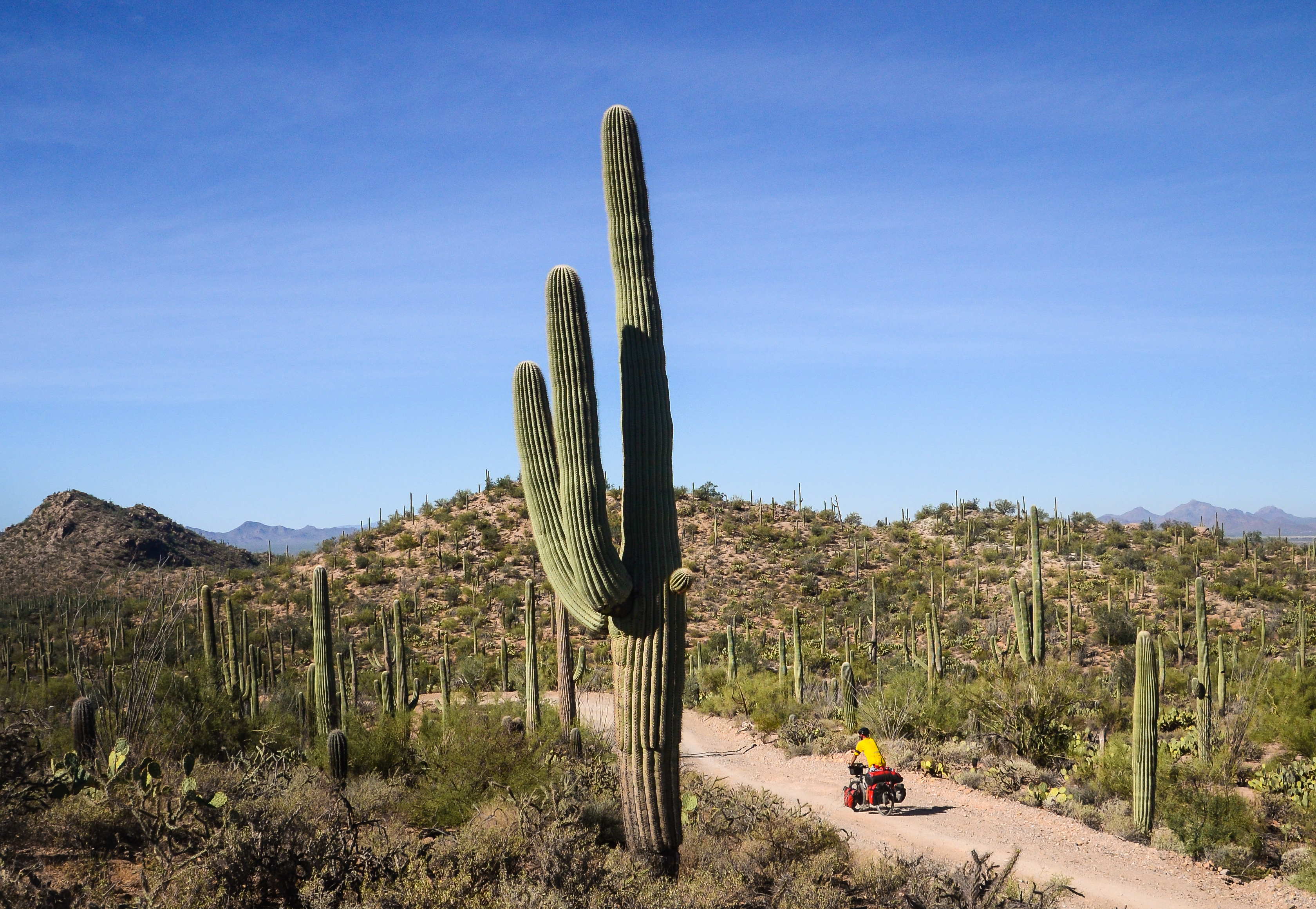 I was down to my last half liter of water.  Bumping along a rough track in the Arizona desert, this lack of H2o was some cause for distress.   We ought to be passing a ranch about now.

But where was it?  The empty desert stretched out before us.  The cowboy we’d crossed paths with earlier in the day swore there was a ranch out here.  “Can’t miss it.  A giant green oasis in the Arizona desert,” he’d assured before peeling off in his pick-up truck.

After our rough ride down Mount Lemmon, we were ready for even more dirt. Life on the road had gotten a bit too tame and I needed some adventure.

Many American highways rate disappointingly low on the adventure scale.  Sharing the road with fleets of massive 18-wheellers can be frightening.  Faceless cities and towns all meld into one.  A dull succession of Dollar Shops, fast food joints, and big box stores.

Dirt roads, on the other hand, almost always lead to adventure. Those rides are the ones that stick in your mind years later.

Now, I like my adventure slightly tamer than some. A week way-finding on a barely-visible track through some remote mountain chain is about as enticing as a game of Russian roulette.

Each to his own, as they say.  Adventure management got significantly easier once we joined the 21st century and equipped ourselves with GPS-enabled cell phones.

For the most part, we no longer freak out, wondering whether or not we’re on the right road.  That’s a massive change to our pre-GPS cycling days.  Even in 2015 (when we biked  Japan), we regularly took wrong turns and ended up hopelessly lost, often being forced to backtrack long distances.

No more. Clutching my $100 Chinese cell phone (love ya’ Xiomi) equipped with the powerful (and completely free) My Maps.me app I knew exactly where I was.

The app showed a big blotch of green a few miles ahead.  That had to be the ranch.

We huffed and puffed up one last evil hill and suddenly a glorious emerald green oasis came into view:  the Smallhouse Ranch. Time to top up those water bottles! 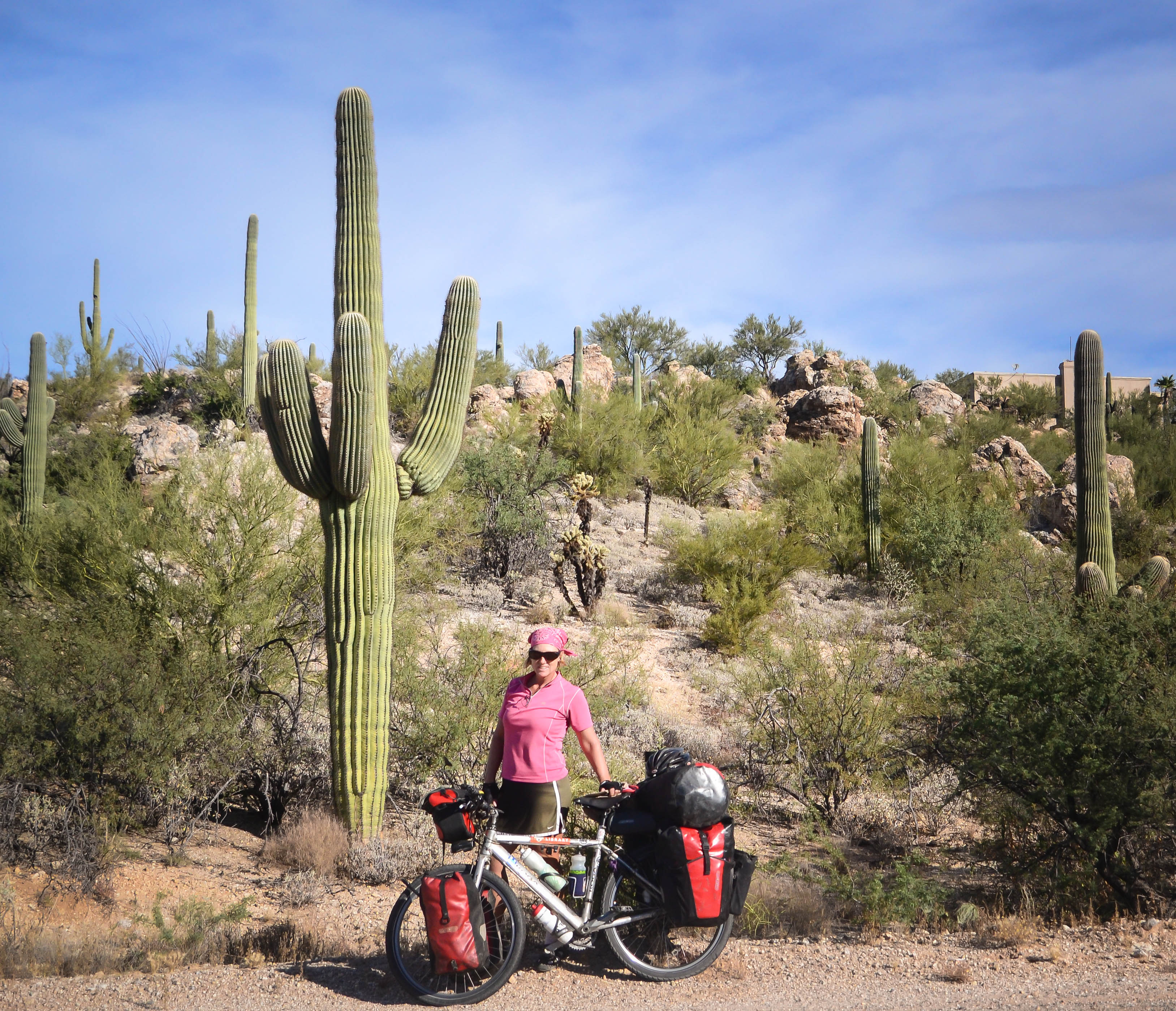 Ready to do battle with the big hills ahead. 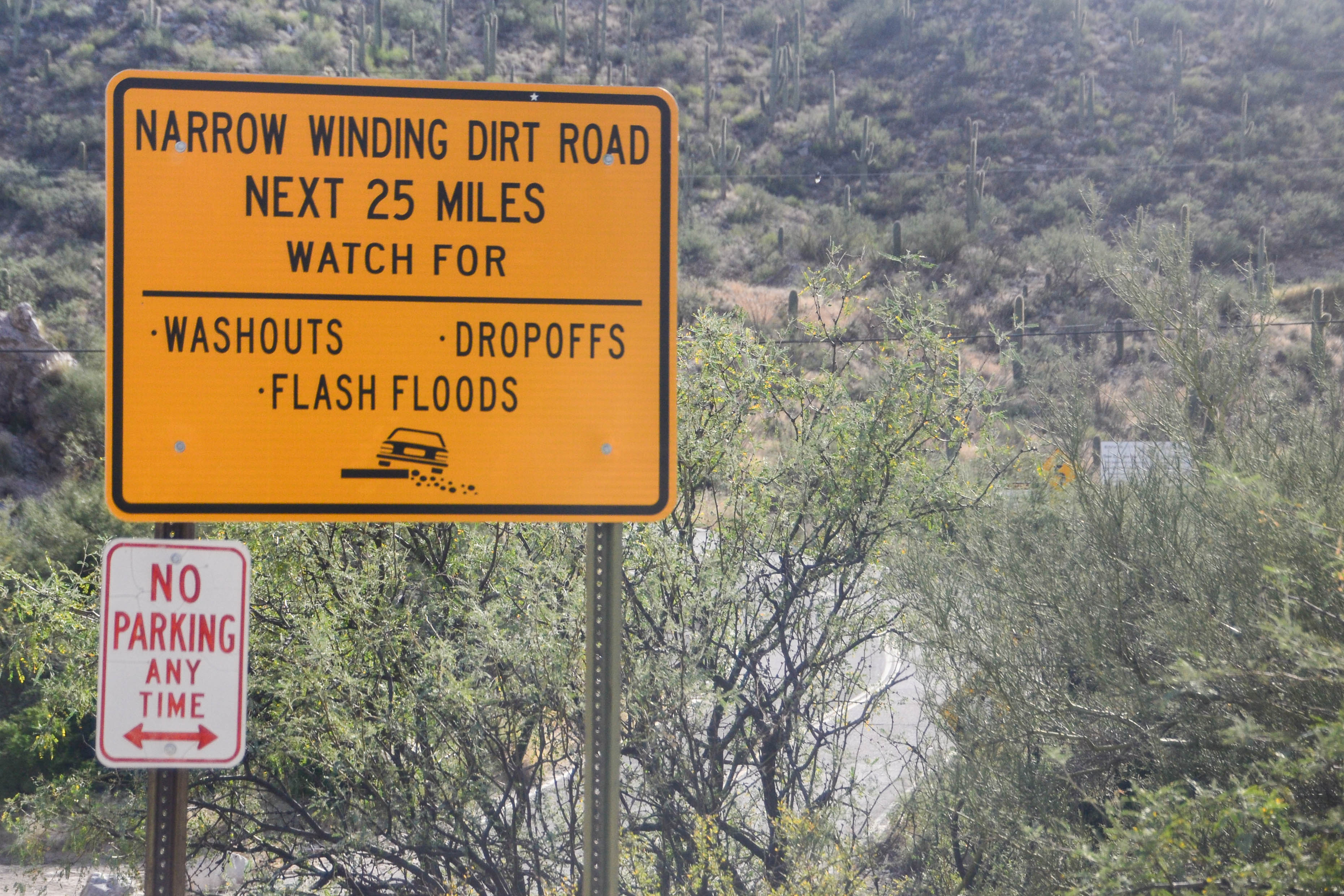 Oh they're just trying to scare us. 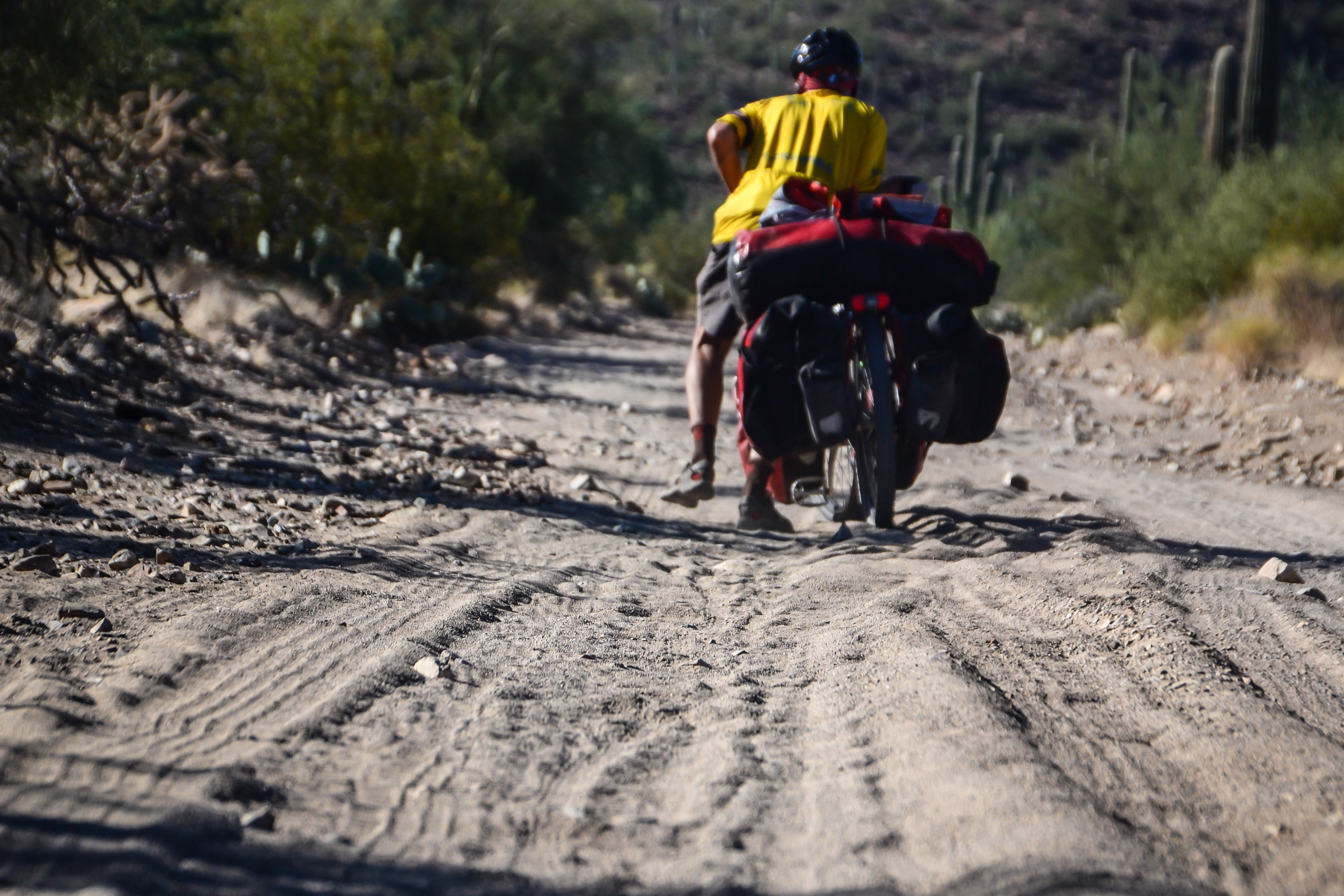 There's always a price to pay for adventure. 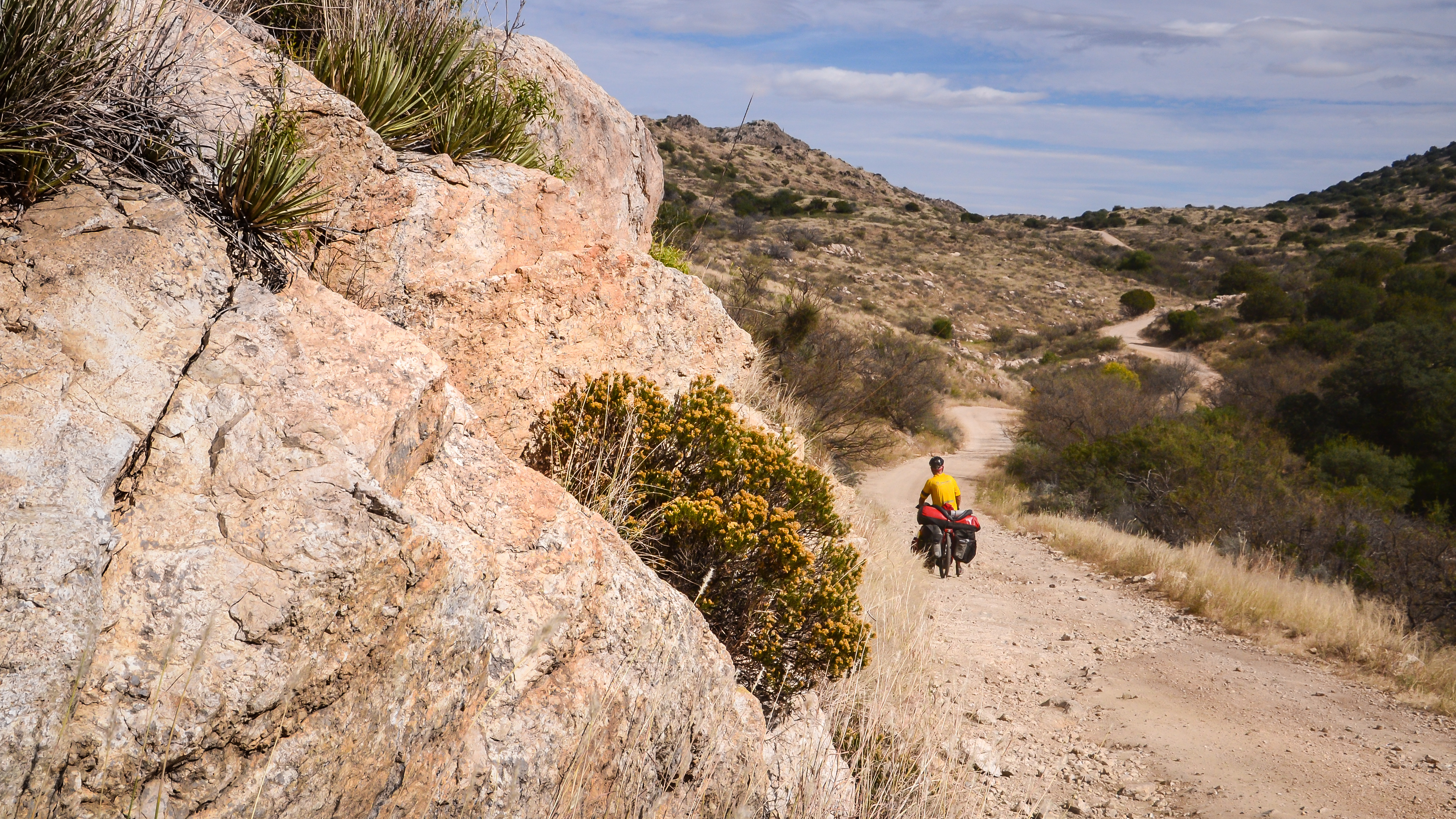 Are you sure there's a ranch out here? 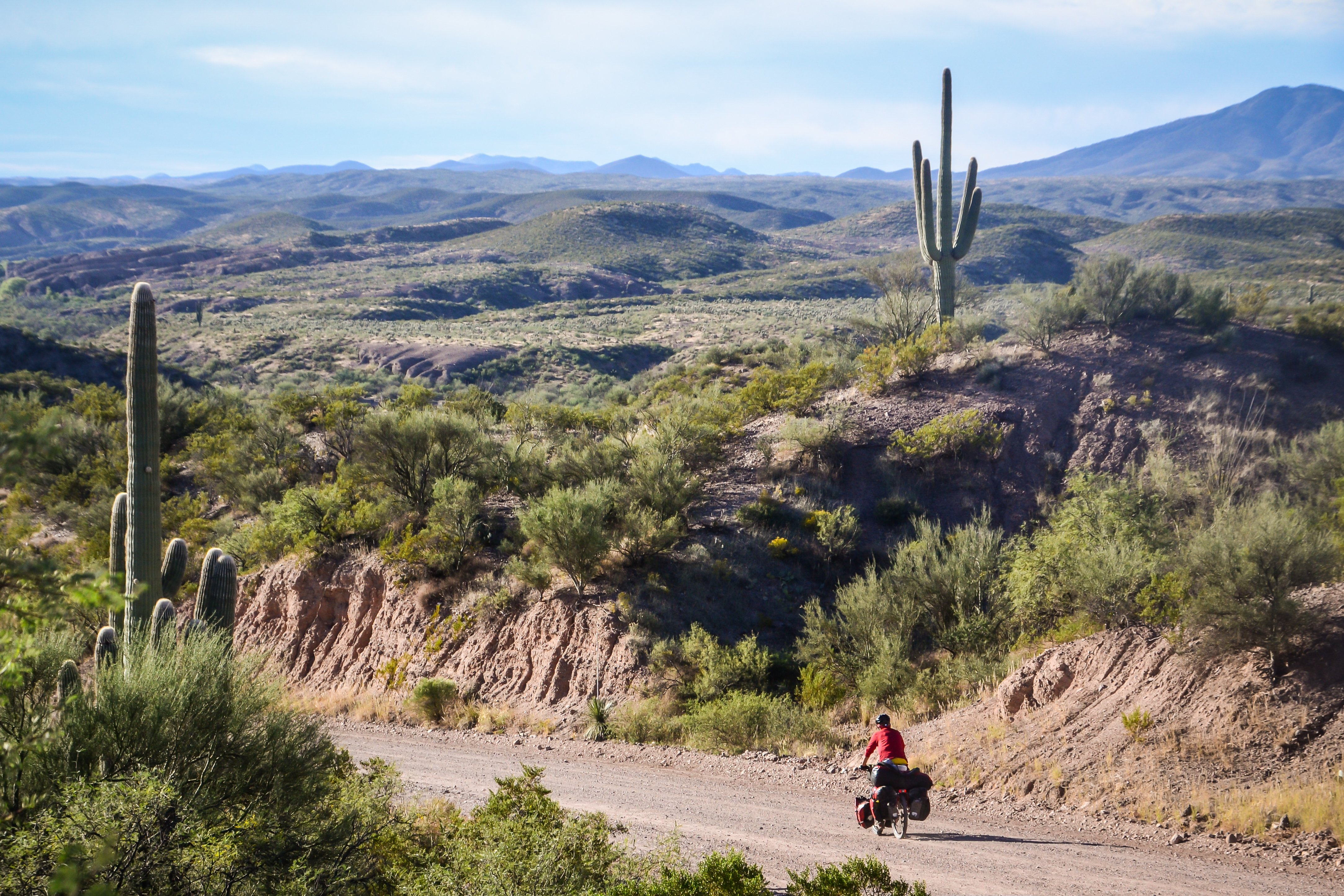 Have faith. Just a few more pedal strokes and the landscape will transform into a sea of green. 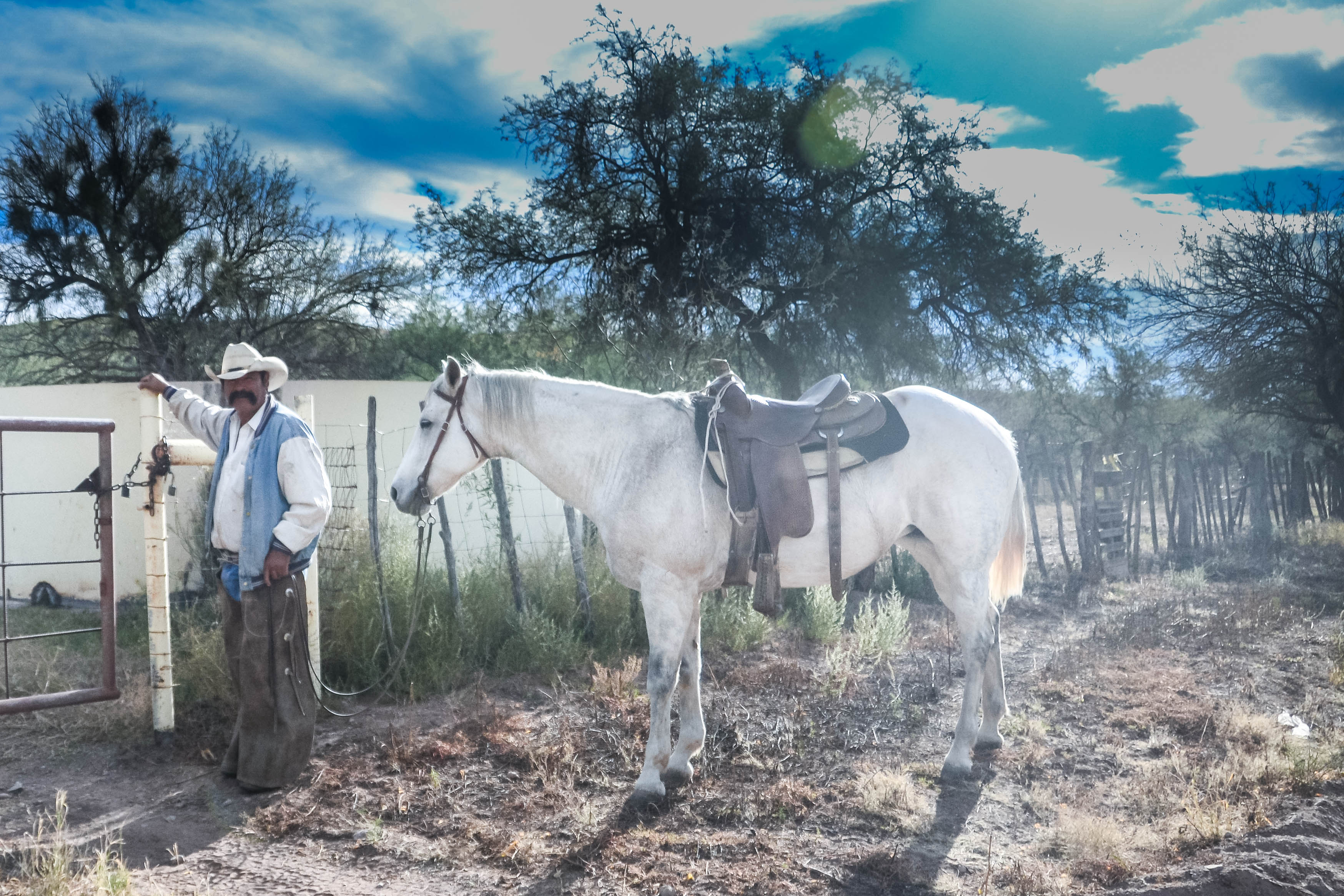 Water and a spot to pitch the test. Gracias, amigo! 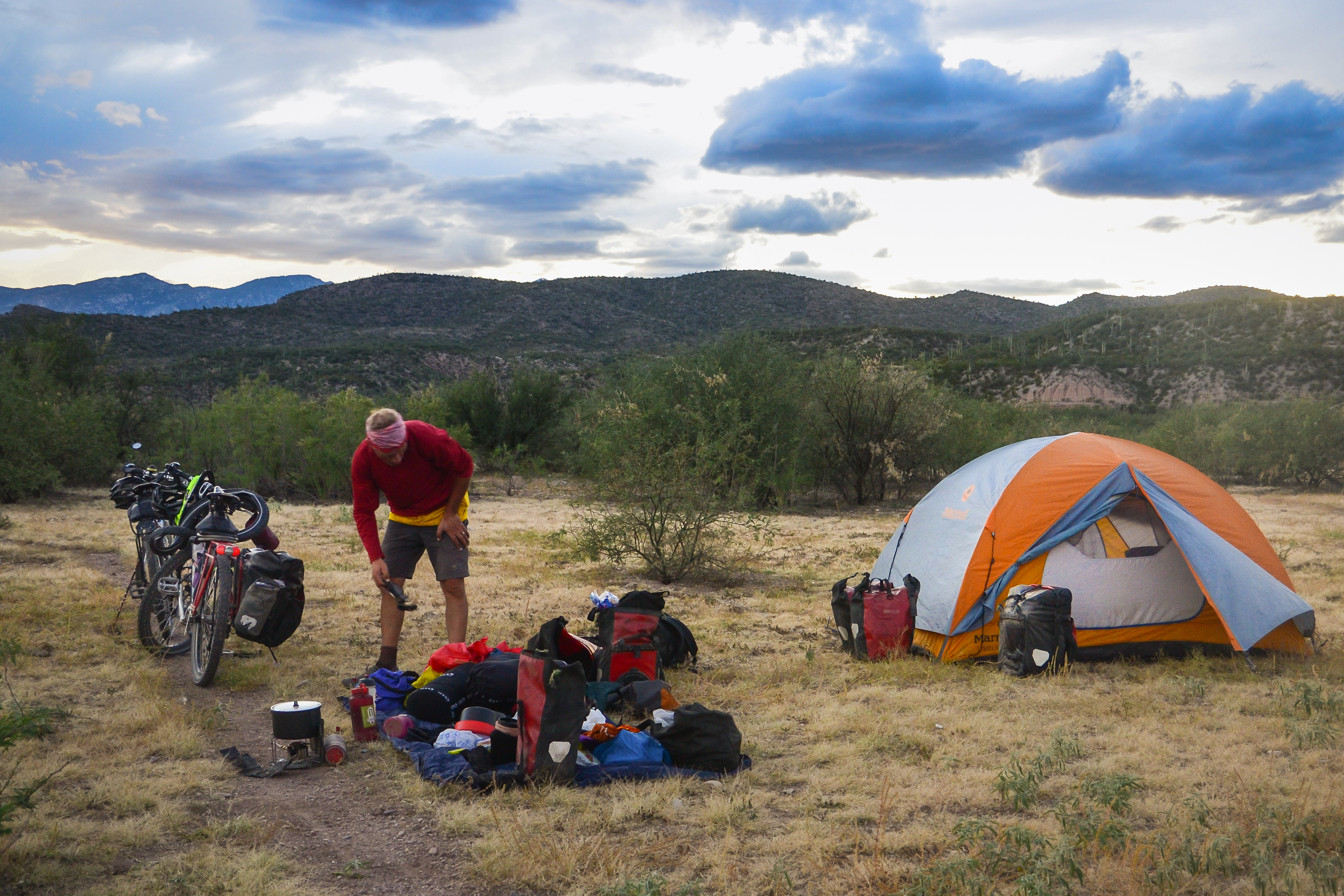 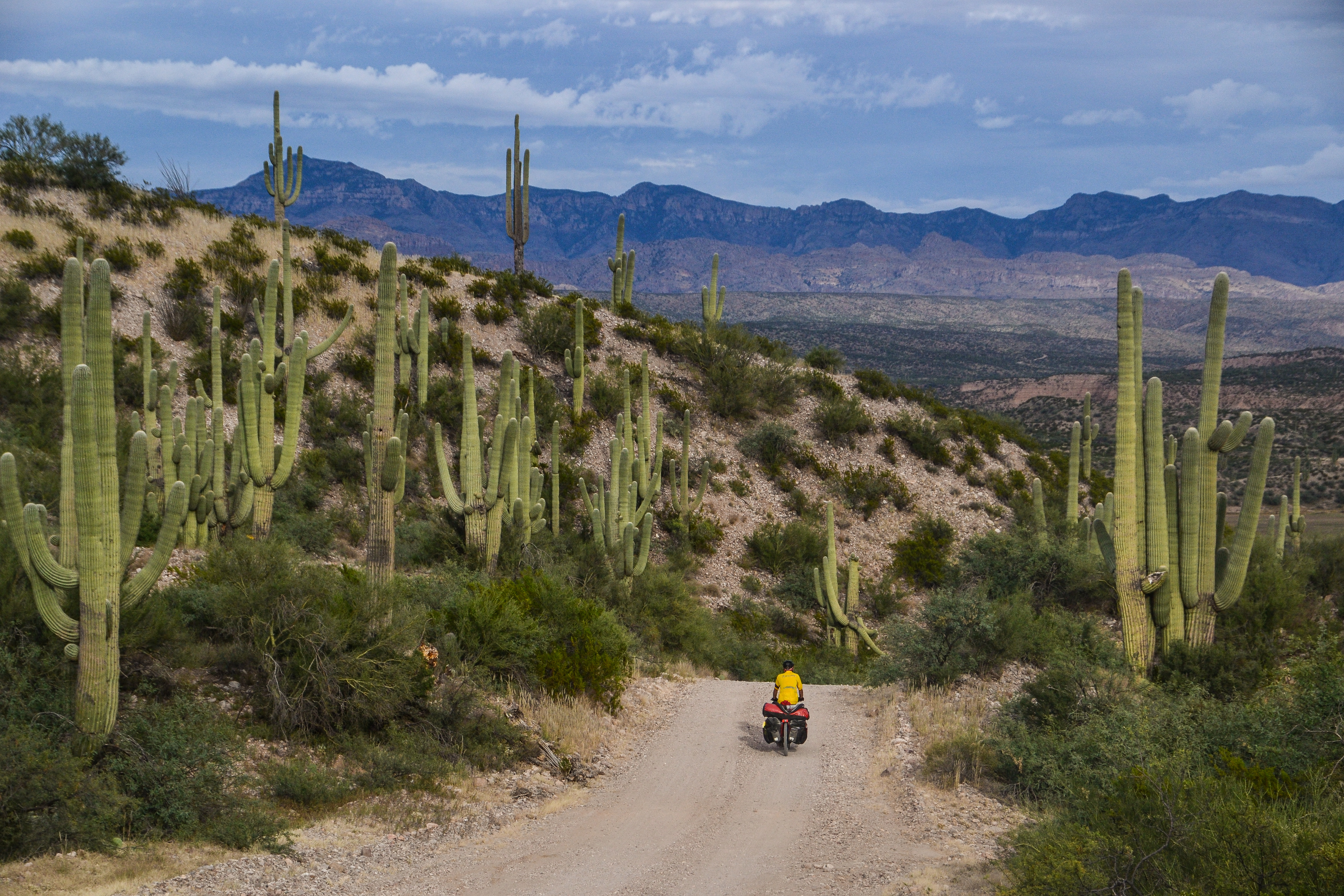 Back on the road. Ready for another day of Arizona bike touring adventures.

Down to the Last Drop in the Arizona Desert

One of Central Asia's Top Cycle Touring Spots You're forgiven if you can't quite place Kyrgyzstan on a world map....