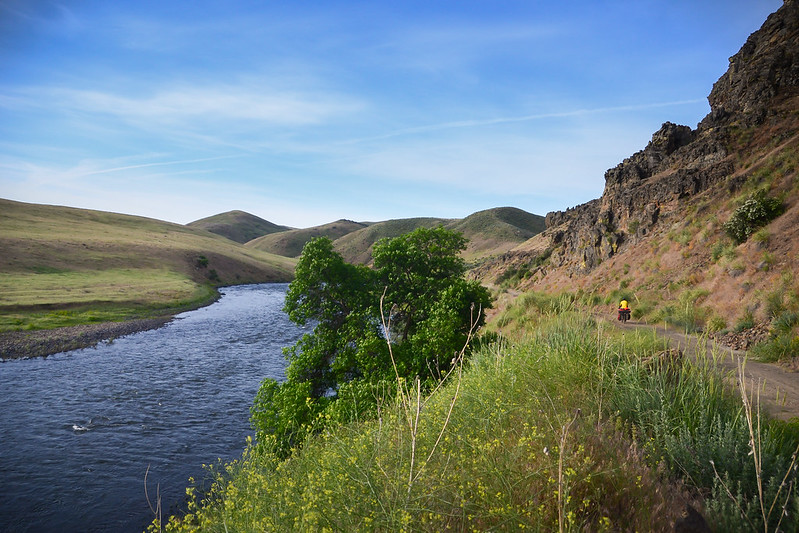 “Those roads are probably still buried under three feet of snow.  You’ll have a tough time making it through.”

The forest ranger in McCall confirmed what we’d begun to fear: it was still too early in the season to attempt the Idaho Hot Springs Route from Adventure Cycling.

Eric and I let out simultaneous sighs of deep disappointment.  Perhaps your idea of a round the world cycle tourist is a carefree soul who goes with the flow, meandering around the world at her leisure.  Not us. We like plotting routes and sticking to plans (albeit loose ones).  Not that that always works.

Summer 2016 was originally slated for cycling the majestic Pamirs.  Central Asia has held the top spot on my big touring wish list for almost a decade. Unforeseen events called us back to the United States. First, we’d settled on biking across America via the Northern Tier Route.  When those plans fell apart, we’d sketched the Idaho Hot Springs Route.  And now it looked like that, too, was undoable.

Of course, we could always compromise and bike the main highways.  Snow wouldn’t be an issue.  But, the Idaho Hot Springs Route is meant to be one of the most extraordinary rides in the US. According to Adventure Cycling, here’s what we’d miss:

The Idaho Hot Springs Mountain Bike Route guides riders over and through the breathtaking landscape of central Idaho. From blue ribbon trout streams to sub-alpine terrain and cozy mountain towns, riders will pass through some of the most spectacular country the West has to offer, with the opportunity to indulge in the highest concentration of soakable hot springs in North America.

We definitely didn’t want to miss the opportunity to bike through breathtaking terrain and soak off the sore muscles in remote hot springs. But doing the route in late spring can be problematic.   The ride is mostly gravel and dirt on little traveled forest service roads.  Crews had yet to dig them out for the summer season.  It would be foolish to attempt the remote Hot Springs Route while high passes would still be blocked.

“Got any recommendations for other rides?” I asked the kindly forester.

“Well, you might try the Umatilla.  Real dry over there.”

“Right west of here over in Oregon.  Desert country.”

Desert.  We liked desert.  We loved biking Oman and that was desert.  Sounded like a plan.

Roaming around the internet we stumbled on many fine resources for planning a bike tour in Oregon. If you want to plan your own Beaver State bicycle tour we can highly recommend the excellent Ride Oregon Ride and Oregon BikePacking.

We soon realized America is getting seriously on board with bicycle touring.  Wow.  That’s one development in the right direction.  Not only is Adventure Cycling expanding their national route network, states and individuals are also busy plotting new routes.  It’s an exciting time to be a  long-distance bicycle traveler in the USA.

But it turns out the very best way to discover interesting cycling routes is still word of mouth.

While poring over maps together, Aaron (our Warm Showers host we spoke about in the previous update) mentioned the Weiser River Trail and told us it would take us all the way from New Meadows to the town of Weiser on the Oregon-Idaho border.  Perfect.

A lot is packed into this 84-mile long trail.  The former railway line took us from heavily forested alpine meadows to bone dry canyonlands.  Every inch of it was serene and spectacularly beautiful.

We rode through many miles of riparian habitat and public lands.  Deer, elk, heron, bear, waterfowl, raptors and wild turkeys are purported to roam the land.  Lucky for us the bears steered clear, but we did spot deer and countless colorful birds.  The trail surface was reasonably good (some chunky gravel at times) and the camping spots unforgettable.  I’ll let the images tell the rest of the story. 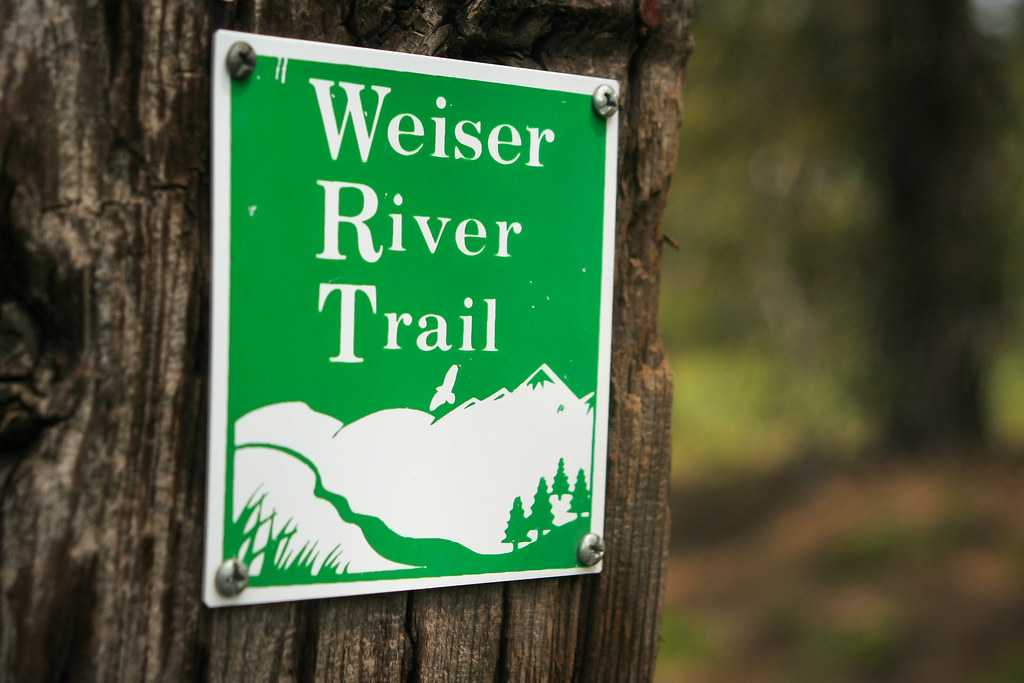 Back in the USA- bicycle touring in Montana and Idaho

One last ride across the University of Montana campus and we were ready to roll.   A familiar feeling of intense...