If a desert country strikes you as improbable place for a bicycle tour, read on and see if guest author Steve Cayford can change your mind.

Desert. If you like deserts there’s a good chance you’ll like Mauritania; that’s what the country’s all about. Sand, sun, wind, wide-open skies, cold nights, warm days. (Hot days in the summer I hear, but quite pleasant in winter.) It’s beautiful. 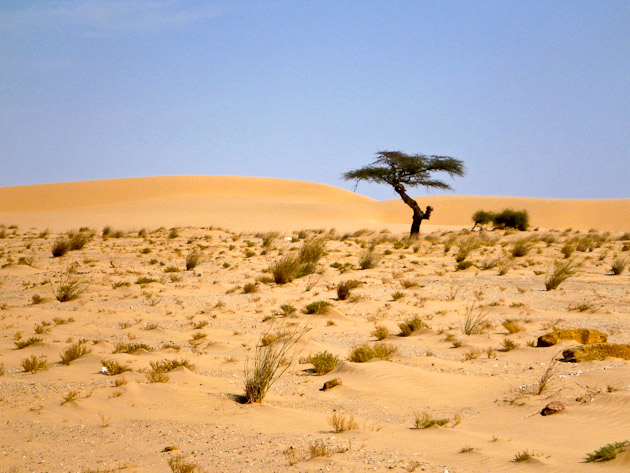 Little traffic. Outside of Nouakchott and Nouadhibou you won’t find much traffic on the roads. Even on the only paved North-South route across the country you can go for fifteen minutes or more without seeing a vehicle. Mauritania has one of the lowest population densities in the world and most of that population lives in Nouakchott, Nouadhibou or along the Senegal river.

Safe. You may have heard about terrorist groups occasionally operating in Mauritania. While true, this seems much exaggerated. And the flip side is that the Gendarmes will be very attentive to your safety as a foreign traveler. Unfortunately this means that you can’t camp anywhere you like in the desert. Fortunately it means you can camp next to a gendarmes checkpoint and will probably have access to water, conversation, and possibly an invitation to dinner or tea. 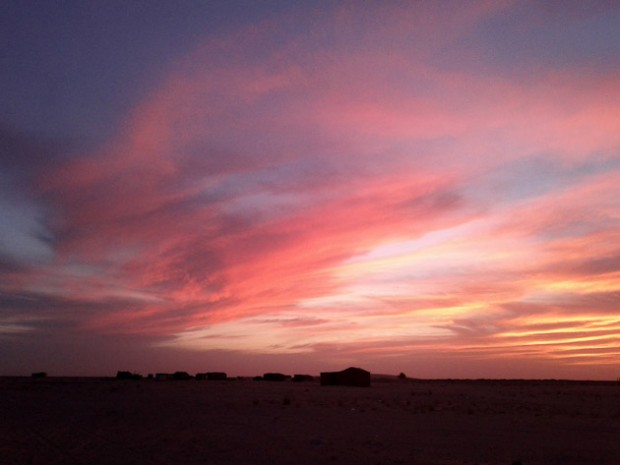 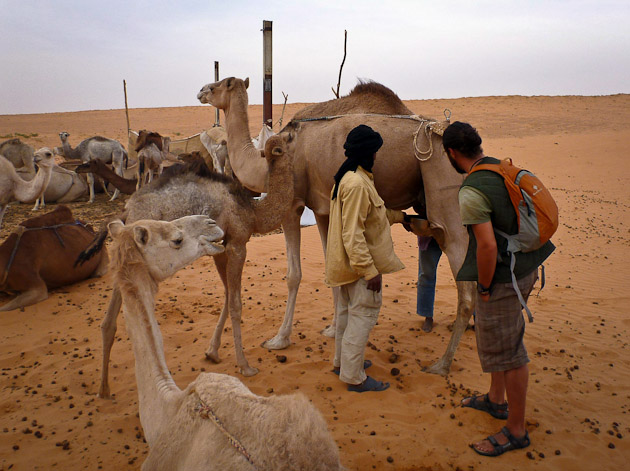 Friendly, interesting people. Almost every encounter in Mauritania was friendly and respectful. Straddling the border between Arab Maghreb and sub-Saharan Africa, Mauritania is a blend of cultures and races while maintaining a distinct, hospitable culture unique to itself. 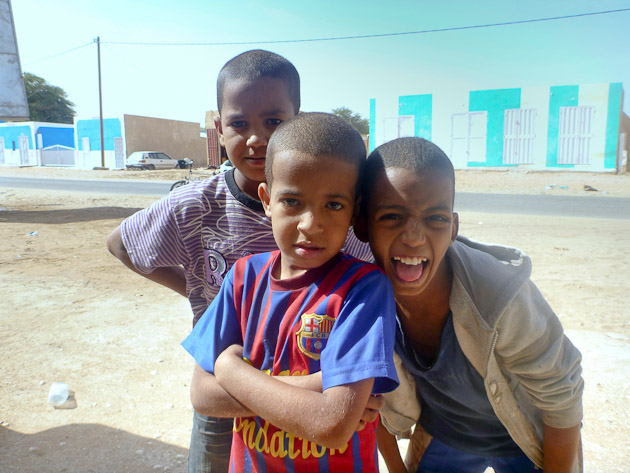 About the Author
Steve Cayford is an IT engineer and programmer currently living in Portland, Oregon, USA, after a recent bike trip from London, UK, to Saint-Louis, Senegal. He grew up in Nigeria, speaks pathetically poor French and has previously taken several longish bike tours in the US. More at dafarafet.com 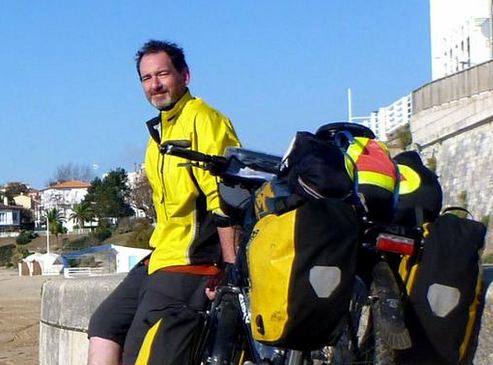 If you would like to contribute to the  A-Z of Bicycle Touring  project, get in touch at worldbiking@gmail.com.

Six months from now we’ll be 8,000 kilometers south of the equator somewhere on the South Island of New Zealand. ...