Buried in the jungle, Tikal has the premier Mayan ruins in Guatemala. It is recommended that if you do decide to hang around there that you don’t get completely baked as you might find yourself having a few religious moments (especially in front of Temple 5 – which is particularly scary and mind bending). I defy any to go there and not come away with a modified sense of your (insignificant) place in the space/time continuum and the universe more generally. 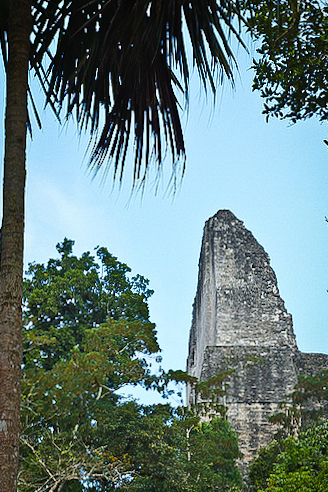 Tikal gets a second photograph as it’s such a cool place. 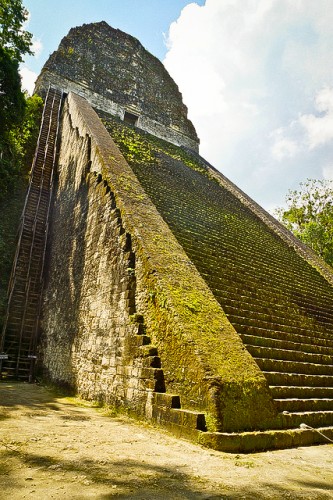 3. The Island of Flores

Flores is a lovely, if not heavily touristed, little island. Blessed with internet cafes, expensive gringo food and beer and loads of intense looking backpackers, some of whom are sporting hippie regalia and gibber inanities on cue. 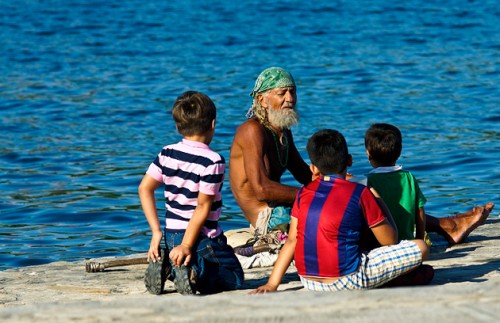 After a day of cycling through the searing heat, try camping in a banana plantation for a bit of stealth camping. Pitch a tent without the fly just to keep the mosquitoes and creepy-crawlies at bay and catch a passing breeze while gazing up at a huge blanket of bright stars, the fire-flies flicking about in the tops of the banana fronds. Then be serenaded by the screeching moneys. 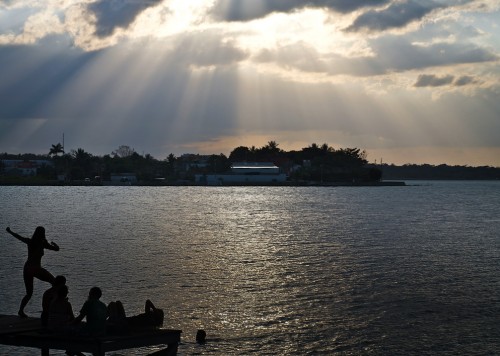 The local Mayans are difficult to photograph unless you are particularly sneaky with your candid photography and have a long lens and one of those screens that flip around. 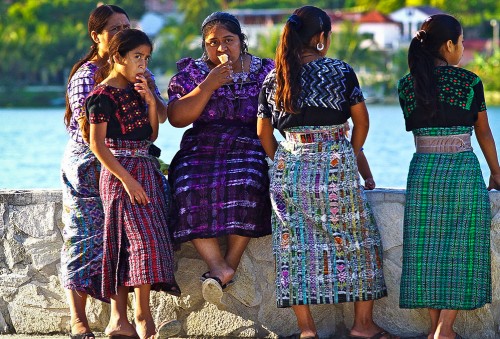 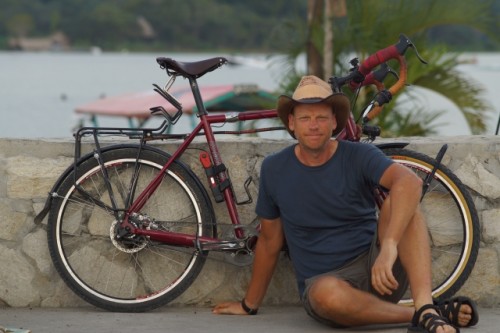 Buff3y the Hard-Core Adventure Cyclist (A.K.A. Bob Stanley) started his cycling career after attending the Wallerawang Theological Community College for the Intellectually Inconsistent (WTCCII). Soon after his expulsion he left the country and pedaled through southern China, Tibet, Nepal and India (1995). Having contracted the taste for touring cycling, he established himself as a global adventure cyclist by biking from Holland to India (1997) via the former Soviet Union CIS states and Western China. After a 14 year period to recover from this exertion, he is now cycling the Americas.

If you’re prepared for the ponderings of a touring cyclist who is probably exhausted, conceivably sun-struck, often drunk and definitely losing a lot of his marbles out there on the road, go to Buffy3ysBicyclingBlog.

Most cycle tourists rank “Easy Interaction with Locals” as one of their top reasons for travelling by bicycle.  Whether it’s...