If you’re keen to explore Africa by bicycle, but not sure if you’re up for too much adventure The Gambia is the place to start.  Guest poster Peter Gostelow tells us why.

The Gambia is Africa’s smallest country – a thin 50km-wide slither of land, which extends inland from the West African coast some 200km. This means that nowhere is too far away to cycle, and you could pretty much see every corner of this snake-shaped country in the space of 7-14 days, which makes for an ideal short your. Should you run into trouble you’ll never be far from the small capital, Banjul.

The River Gambia bisects the centre of the country, which makes route-planning easier. Cycle from the coast up one side, cross the river on one of several ferry crossings, and pedal back on the opposite bank. It’s what I intended to do, but I was nursing a wound so walked some of it instead. 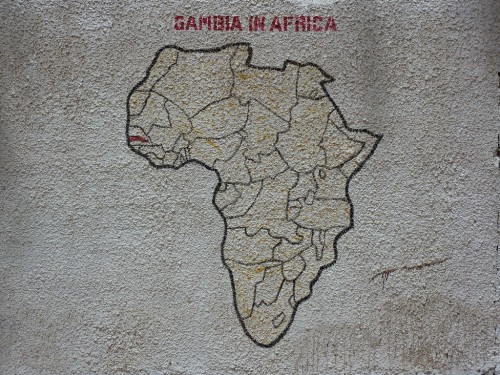 The Gambia is a breeding ground for migratory birds and has almost 600 recorded species here. I’m no bird-watcher, but it was noticeable how many different species I saw whilst walking and cycling through the country. West Africa doesn’t compare with east Africa for its National Parks and wildlife, but birds it has in abundance. And one of course doesn’t have to pay a price to see them. Taking photos of course is never easier – this one here isn’t mine. 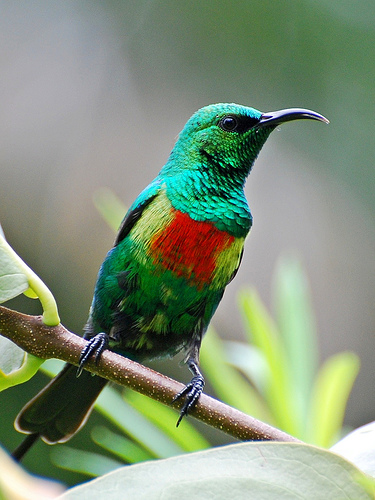 They might not be the words you want to hear (in fact away from the coastal area you won’t hear them much in The Gambia) but if you’re an English-speaker The Gambia is a refreshing break from the rigours of travelling in Francophone west Africa.

If you’re on a long tour and coming all the way from Morocco, The Gambia is in fact the first English speaking country in West Africa, and the last until you reach Sierra Leone. It was once a British colony and most people will at least speak some words to ease your time here.

After dealing with petty officials in French-speaking Senegal and Guinea, The Gambia makes life for an English speaker much easier. 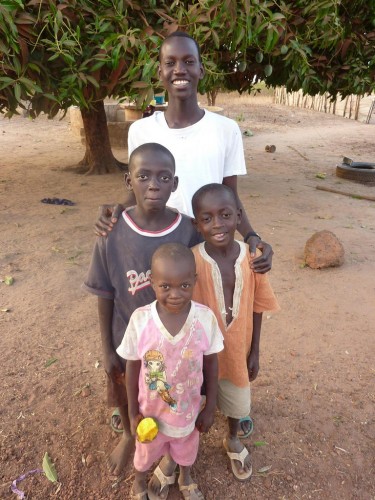 The Gambia’s short coastline is one long and very beautiful stretch of palm-fringed white sand, and it’s the main reason tourists come to the country. But not all of its 50km-long coastline is lined with European sun-bathers.

Travel away from the resort area of Senegambia and you’ll have a beach to yourself, maybe even a beach-bar. With the owner’s permission I rolled out my sleeping mat in one such place for a night under a palm-thatched shelter some 20 metres from the Ocean. Beaches make great places to start, end, or break up a tour, particularly in a region like west Africa. 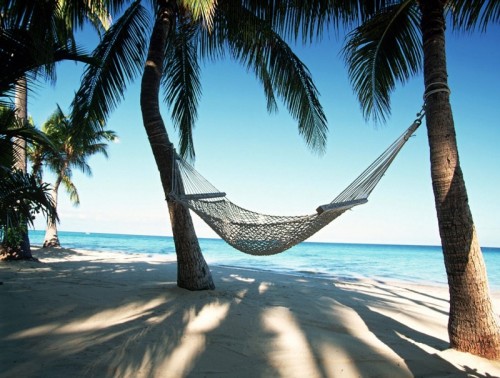 Several countries in Africa claim this title (Ghana and Malawi as well I think?) but compared to neighbouring Senegal, The Gambia is a relaxing buffer, whichever direction you might have come from or border you crossed to arrive here.

Politically stable, at least in comparison to much of the region, The Gambia receives thousands of tourists between October-April. This means that being a Toubab (white person) doesn’t bring with it the same level of curiosity that can sometimes make touring through Africa an added and wearing challenge.

And because of the influx of European tourists during the winter months, it is one destination in west Africa where cheap flights do exist, should you be planning to fly in directly.

There are few dangers, although like elsewhere in Africa muggings do take place, and walking alone at night should be avoided in beach-side areas.

Most people recognise the importance of tourism to the country, and this is reflected in the friendliness and hospitality of the people, which is always amplified on two wheels. And finding accommodation, from cheap mosquito-dwelling Guest Houses to fancy resorts and lodges is not as challenging as elsewhere in Africa. 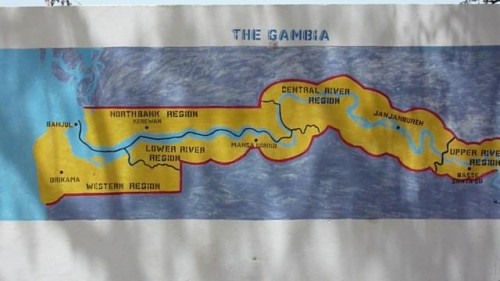 About the Author
In 2003 Peter Gostelow moved to Japan to teach English and two years later began  The Long Ride Home, a 50,000km bicycle journey back home to the UK.

Since returning in 2008, he has used his Photography and experience from the road to speakto a range of audiences. He has also contributed to the Adventure Cycle Touring Handbookand the CTC magazine.

You can follow Peter’s cycling adventures on The Big Africa Cycle.

If you’d like to contribute to the A-Z of Bicycle Touring project, get in touch at worldbiking@gmail.com.

One thought on “Top 5 Reasons to Cycle the Gambia”

Then and Now: Vietnam Revisited