Do you know anyone who’s cycled Djibouti?  I know I don’t, but after reading this guest post by Kyle Henning I just might have to find out for myself what the fuss is all about.

With less than a million people, most of whom live in the 2 big cities, Djibouti is one of the least populous places in Africa. The rolling hills in the center give way to flat, barren desert in the south. As I approached the Ethiopian border, I literally saw nobody. The wide, paved highway made the riding safe, and trucks gave me enough room. After turning off the main highway to take a less-traveled road toward Dire Dawa, Ethiopia, there were no towns or people until the actual border. It felt so freeing to ride alone, taking in the martian landscape. You can just get lost in the scenery, listen to the wind, and almost meditate while you pedal along. The people I did meet were all very kind to me. 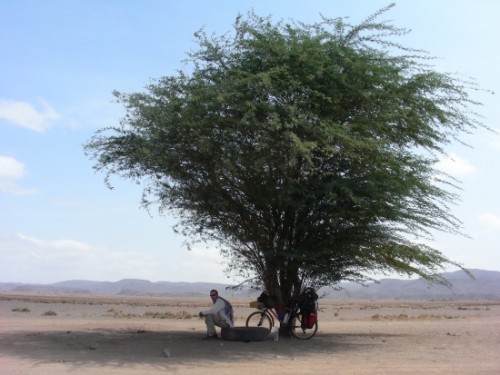 The salt lakes in Djibouti, Ethiopia, and Eritrea have been mined for centuries. With few roads connecting the desert lakes to the cities, nomads move salt today the same way they have for a thousand years – by camel.
Camel caravans cross the desert, carrying salt hundreds of miles to sell in Djibouti City, Asmara (Eritrea), and Mekele (Ethiopia). Seeing a caravan is like traveling through time. This occupation has been largely unchanged over centuries, and nomadic people still rely on natural water springs to get them through the long journeys.
Passing the caravans by bicycle was a wonderful experience. The people greeted me with smiles and applause. Just be wary taking photos as they seem to believe that a camera will capture their camels’ souls.

Djibouti is strategically located to combine Ethiopian, Somali, and Arab cultures, with a little French remaining from its colonial days. You can eat injeera, seafood, and a baguette in the same meal. You can hear Somali conversations in Planet Hollywood.
It’s also fun to watch the newly arrived American GI’s wander around Djibouti City, completely dumbfounded by their new surroundings. This grab-bag of world cultures offers something different around every corner. 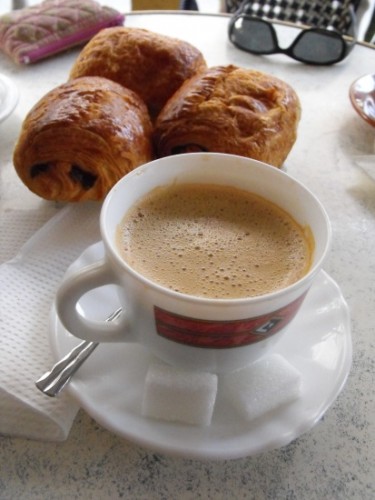 Certain months out of the year, whale sharks circle the harbor gobbling up plankton. Even amateur swimmers can snorkel with these gentle giants. At the eastern end of the harbor, near Djibouti City, there are reefs where the sharks are accessible by boat. Take a day to snorkel (scuba diving is not allowed with the sharks) and take in the ocean views. Scuba divers can also do separate dives in the reefs away from the sharks. On my dive, the Red Sea showed it’s abundant underwater life, including sea turtles and giant eels. Being basically the only dive site in the horn of Africa (Eritrea and Somalia are not really feasible), it’s a unique place to see African sea life and Africans’ relationships with the sea. 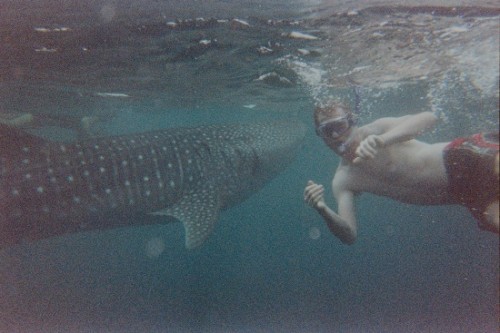 At 155 meters below sea level, Lake Assal is the lowest point on the African continent.
This salty lake supports no life, which is part of it’s beauty. A giant depression opens up in the barren desert of sand and volcanic rocks.
There’s an old paved road that is falling apart, but still rideable, descending from the highway and dead-ending at the lake. I rode up this monster, so it’s certainly possible to ride down and back.
There are no places to buy food or water, and very few cars, so be prepared with everything you need for 2 days on a bike in 50+ degree desert.
The lake is one of the most beautiful sights I’ve ever seen, and riding out of it while nomads and their camels passed by me was one of the best days I’ve ever spent on a bicycle.
If you ever find yourself in this little country, a visit to Lake Assal should be first on your list. If biking to Lake Assal is a bit too harsh, you can hire an air-conditioned car from Djibouti City or Tadjoura. 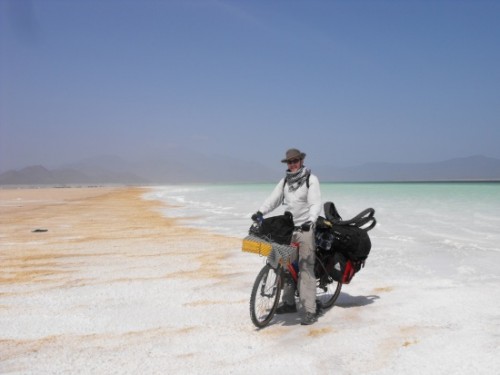 About the Author
Kyle Henning is an explorer and development worker. After finishing his service with the US Peace Corps in Ethiopia, he embarked on Low2High: Africa – a human-powered, solo expedition from the lowest point in Africa to the highest. After cycling over 2,900 km through four countries, Kyle arrived at the base of Mt. Kilimanjaro and trekked to the summit of Uhuru Peak (5,895m above sea level). The expedition was a fundraiser for the New Day Children’s Centre in Bahir Dar, Ethiopia and raised over $4,900 USD. Read the full story on Kyle’s blog at Low2HighAfrica.

Does this guest post make you want to hop on your bike and hit Africa or would you rather stick to tamer places for touring?  Share your thoughts in the comments section below.

The Alaska Highway: 10 Snapshots from the Road

Mile zero The Alaska Highway greets us with a determined headwind.   Rather than let it shake our determination, we hunker...