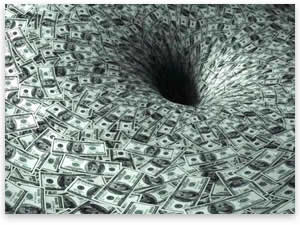 That’s all it took for a bold bicycle thief to bound away on Eric’s fully-loaded KOGA.

Those careless 60 seconds in Bolivia will probably turn out to be the most costly moments of my life.

Because when you add it all up, those 60 seconds of distraction tally up to a painful $6,000.

Six thousand dollars!  That’s about what we spent in our first 9 months of cycling around South America.

Now, I’ve always been one to preach that bicycle touring is affordable for everyone.  So when Eric ran the figures and claimed that replacing bicycle and gear would run around $6,000, I was catapulted into a state of shock and disbelief.

$6,000 is an enormous sum of money to two itinerant cyclists whose yearly accommodation expenditure in 2010 was just $182.

No way, I thought.

Here’s more or less how it breaks down:

The truth of the matter

Of course there are ways to get back on the road for less than $6,000.  A less robust bike, deals off e-bay, second-hand shops and such.

But the actual value of all the stuff we were lugging around was pretty high.  Fortunately, we never had to fork out $6,000 for those $6,000 worth of goods.

Sponsors set us up with a lot of great gear we could have never otherwise afforded.

And in spite of these tough economic times, a few loyal sponsors are coming through in our post-theft time of need.

We’re particularly grateful to the fine folks at Koga who are helping us out with a substantial discount on a new Koga Signature World Traveller.

Kogas are expensive .  But they’re worth it.

Eric’s convinced there’s no other bike on the market that can withstand the rigors of almost 100,000 kilometers of world travel.

Help from around the world

And with the financial support of blog readers and friends in the bicycle touring community, we’ve cut our losses to a mere $3,000 blunder.

A huge thank you to all who’ve pitched in to help us out after this unexpected financial setback.

We are truly amazed at the generosity and kindness we’ve experienced and incredibly grateful for the help.

Slowly we’re getting back on our feet.  Adjusting to the idea that our circumnavigation of South America won’t come to fruition this time round (but we will catch those countries sooner or later).

The decision to change course wasn’t an easy one.  We wrangled long and hard with returning to the US or remaining in South America.

All things are possible, but…

I won’t say it would have been impossible to stay in Bolivia and get equipped with a new bicycle and gear.  But hard.  Pretty damn hard.

You probably don’t want to be bored with the details.  But suffice to say there are tricky customs rules and exorbitant shipping costs, coupled with the possibility of less than honest officials who might just hold a high-priced bike hostage.

You might just be saying to yourself, “Hey, aren’t Eric and Amaya the ones who drone on about how great gear and a fancy bike really aren’t necessary (see Myth Number 3)?”

You may be thinking, “I’m sure they sell bikes, stoves, sleeping bags, contact lenses and computers in Bolivia.”

And they do.   Of course they do.  There are bikes and sleeping bags, contact lenses and camping stoves.  All that stuff’s available in Bolivia.  It’ll cost you, and the quality won’t be the greatest, but if you search hard enough you can get pretty much everything you need for a bike tour.

A change of heart

Let me clarify my thoughts on great gear and fancy bikes.

They’re not necessary in most cases.  But quality gear and a tough touring bike do make a difference.   Especially if  you’re taking on high passes over 5,000 meters and sleeping out in sub-zero temperatures in remote areas.

Call me spoiled, but I’m fond of thick down sleeping bags, multi-fuel stoves that keep on cooking and bikes that don’t bust when you’re climbing some high Andean pass that’s a three days’ walk to the nearest village.

Eric loves his dependable KOGA.  He’s got an unhealthy attachment to his KOGA.

So, with a lot of hand wringing and more than a few tears, we opted for what seems to be the easiest and best solution.

A cheap flight to Florida. Back to the USA.

Back to the land of mind-boggling choice and efficient customer service.

Back to the land of bargain-priced computers and ubiquitous outdoor shops.

Back to the land of plenty where arranging the shipment of a shiny new KOGA is as easy as ringing up UPS. 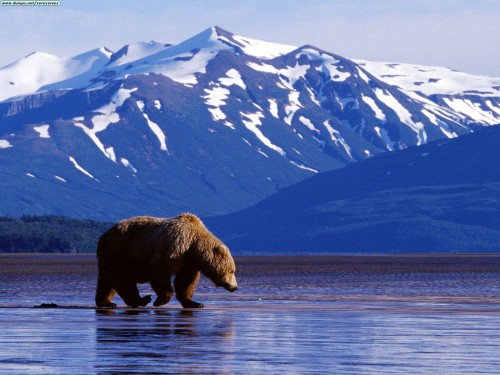 We’re busy organizing new gear and working out Plan B.

Yep, we’re heading north.  All the way to the Arctic Circle.

It’ll be quite a ride.  Get ready for grizzly bears and glaciers, towering mountains and long stretches of tundra.

Sure, Alaska’s not the Andes, but still a pretty good way to get over the heartbreak of our aborted South America circumnavigation.

Can you help?
If you’ve got a little spare cash and would like to send it our way, please do.  We will be eternally grateful.

A $6,000 mistake: post-theft thoughts on moving on

This is a guest post by Olivia and Bhinti from Crazy on Bikes. Heading south via Central America takes one...