This is a guest post by Tom Allen of Ride Earth and Tom’s Bike Trip.

If you love slogging for hours up 40km ascents and burning down the
other side, then repeating the process over and over again for days on
end, then Armenia is for you. There is literally no route through this
tiny nation that doesn’t involve serious mountain passes. The highest
on the through-route to Iran is over 2,500m in altitude, and day-rides
to areas such as Aragats can reach over 3,000m. The gradients are

unforgiving and the climbs very, very long, but luckily the traffic is very low. 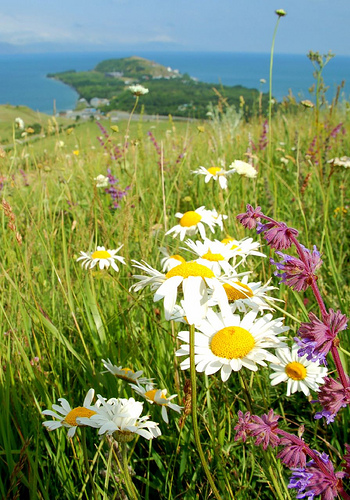 Armenia is small and the population is low. While it’s possible to
cover the country end-to-end from Georgia to Iran in less than a week,
it’s really worth taking the time to explore the minor routes and the
road down to the Iranian border. The even-more-mountainous
Nagorno-Karabagh represents a unique opporunity to travel in an
autonomous and stable yet still internationally disputed territory,
with the same currency and language as Armenia itself and a permit
easily obtained in Yerevan.

Lake Sevan, a large high-altitude lake at nearly 2km above sea level,
is one of Armenia’s natural wonders. Although a popular destination
for summer day-trippers from the capital, much of the lakeside is
quiet and accessible away from the tourist beaches around the
peninsular – perfect for wild-camping and swimming. And if you’re
heading south to Yeghegnadzor, the mountain road is one of the most
dramatic you’ll find this side of the Pamirs.

Armenia, on paper, sounds dangerous and difficult. It’s still
officially at war with Azerbaijan, the borders are closed on the
Turkish side as well, and there’s no end to the reports of tension
between these nations. But none of this need put you off – the reality
of Armenia is very stable; transport by bus and train from Tbilisi is
easy and cheap, as is coach travel to and from Tabriz and Tehran. As a
foreigner, you’ll still be a relative novelty – most foreign visitors
still come from the Armenian diaspora, and this usually works in your
favour. (Except with taxi drivers, who’ll try to rip you off.)

The national symbol of Armenia lies ironically on Turkish land, but
the sight of Ararat on a clear day is something that will stay with
you forever, however clichéd that might sound. It alone is reason
enough to visit the up-and-coming capital of Yerevan, and to spend
some time relaxing in the modern city centre, marvelling at the
contrast between the glamour on show here and the shambolic make-do
lifestyle out in the provinces.

Tom Allen is from England.  He regularly goes on bike adventures to scary-sounding places like Sudan, Iran, Yemen, Syria and Mongolia, and finds that they’re not actually scary at all.  2011 will be the year in which he writes a book and makes a film of his travels.

Humbled by the Andes: 29 switchbacks…and then came the hard part

Curva 3 and already I was short of breath.  Gasping and gulping in precious oxygen. I reckoned we were at...