This is a guest post by Paul Morris with photos by Peder af Geijerstam.

1.       The People are amongst the friendliest in Africa.

“The Angolans show immense hospitality towards visitors”, Peder af Geijerstam on his blog recording his ride from Stockholm to Cape Town (www.bedui.com).  Riaan Manser makes similar comments;  he should know, he spent two years cycling around the coast of Africa (read Around Africa on my Bicycle)

2.       Natural Beauty:  “Angola was the most beautiful of the 34…”  quote from Around Africa on my Bicycle by Riaan Manser.  See numerous large rivers, including the mighty Congo in the north of the country, Baobab forests, deserts and tropical jungle.  Peder says “Angola is the most beautiful country I’ve ever visited. The people, the cities and the buildings, and the nature.”

3.       The road network is being improved at an incredible rate thanks to Chinese investment and expertise (like it or not).  Roads previously passable only by off-road vehicles and the (very) occasional intrepid cyclist are now being well graded or tarred.

4.       Angola is a true “off the beaten track” destination.  You’ll be visiting somewhere unique, challenging and without hordes of wealthy package tourists!

5.       Experience a country in transition.  Angolans are fighting hard to put the long civil war behind them.  The country is changing fast and your visit can help get the country back on its feet.

Paul preparing for his ride to Angola. 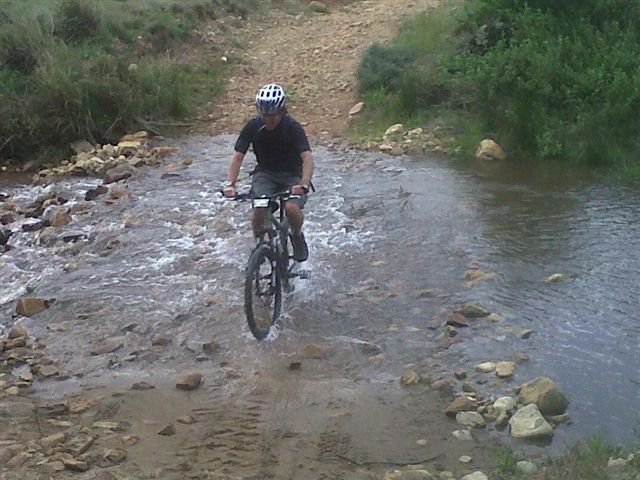 Paul Morris is planning a journey through Angola. To put some ghosts to rest.  Join him as he makes his journey home.  Angola Journey.blogspot.com

Peder af Geijerstam hails from Stockholm, Sweden and has cycled through Europe, Africa, the Middle East and Central Asia.  He blogs at Bedui.com.

This is a guest post by Tom Allen of Ride Earth and Tom's Bike Trip. Reason #1:   Mountains If...