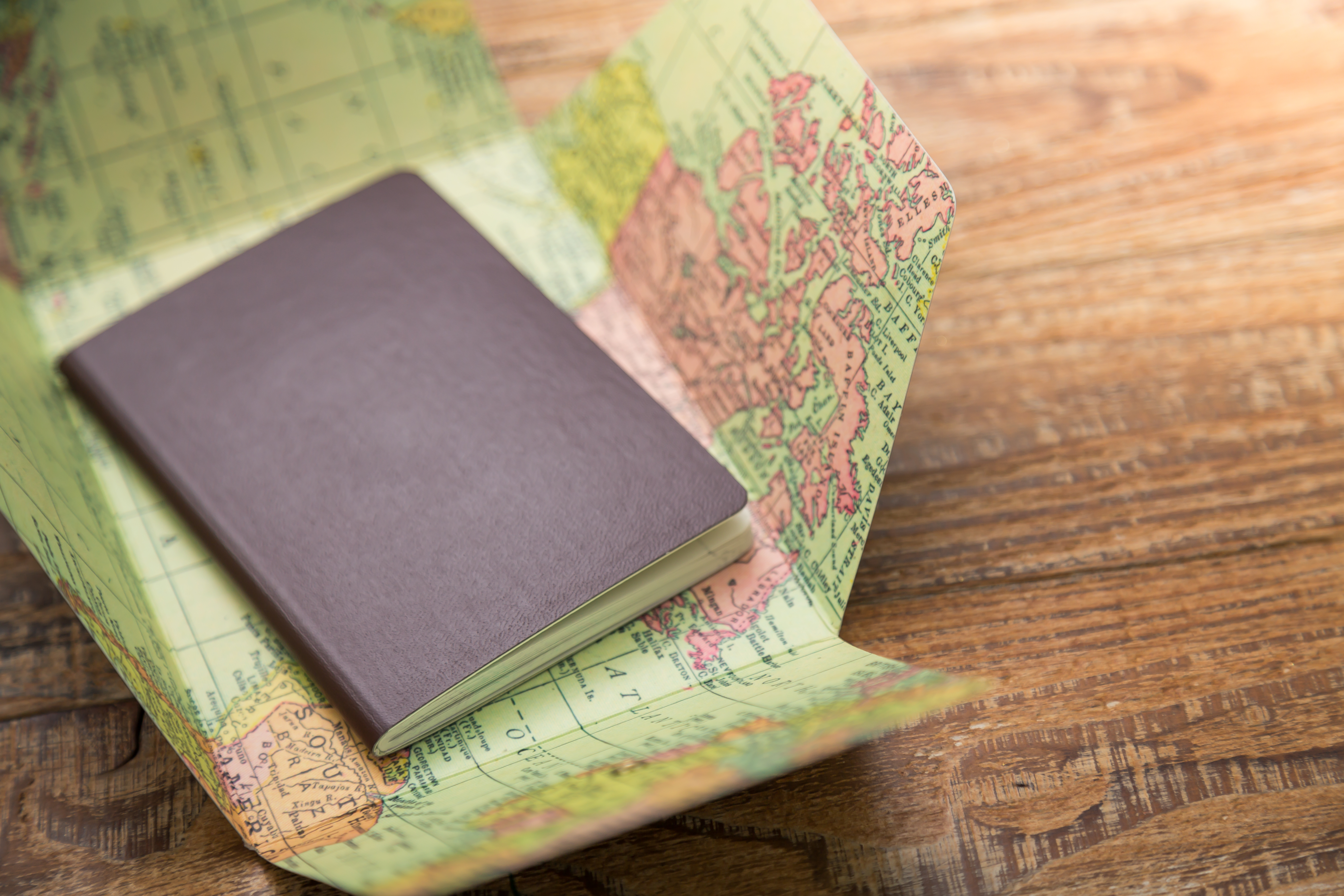 We were stuck on the border between Mexico and the United States.  Officials on the American side didn’t see reason to let my French husband back in the country.

No, Eric hadn’t done anything wrong.  He’s got a B-2 visitor visa which allows for stays of up to six months at a time over a ten year period.

The thing is, official visa regulations don’t specify how frequently B-2 visa holders can visit. In theory, you could just walk across the US border into Mexico or Canada, turn around, and come right back to the USA.

We’d crossed into Mexico before Eric’s allotted 6-months in the US expired.  So far, so good.

No reasonable person wants to overstay in the USA.  It’s not like in Sudan, where officers just smile and wave you past border control even though your visa officially expired two days back.  Or even Laos, where over-stayers pay a nominal fine for each extra day.

Nope.  Make a slip up with your USA exit dates and you’re likely to be barred from reentry for several years.  Possibly worse, in Trump’s America.

A Change of Plans

And then I got freaked out about safety.  That’s what happens when you spend too much time on the US State Department website.

U.S. citizens have been the victims of violent crimes, including homicide, kidnapping, carjacking, and robbery in various Mexican states.

Gun battles between rival criminal organizations or with Mexican authorities have taken place on streets and in public places during broad daylight. The Mexican government dedicates substantial resources to protect visitors to major tourist destinations and has engaged in an extensive effort to counter criminal organizations that engage in narcotics trafficking and other unlawful activities throughout Mexico.

Sonora is a key region in the international drug and human trafficking trades. U.S. citizens traveling throughout Sonora are encouraged to limit travel to main roads during daylight hours and exercise caution on the Highway 15 corridor from Nogales to Empalme.

Criminal activity and violence remains an issue throughout the state of Chihuahua and its major cities.

Over the years I’ve grown more—not less—safety conscious. Maybe that’s due to age.  It’s a well-known fact that risk aversion increases as we get older.

But I think the main reason I’m less willing to take chances with my safety is that I’m better informed.   Well, at least I listen to more news (via podcasts—mostly from NPR and the BBC).

Don’t get me wrong, listening to a steady stream of the world’s woes as recounted by the media hasn’t made me fearful of exploring our planet.

Our world is a wonderful place, full of mostly kind and generous people.  This is I know from first-hand experience.

Iranians are NOT religious fanatics who want to kill westerners.  Poor African villagers are NOT thieves who will strip your bike as soon as you turn your back. Rednecks in Texas do NOT hate cyclists and attempt to run them off the road at every chance.

But there are a few bad apples everywhere. And kidnapping is an increasingly popular pastime in the 21st century.

I’ve listened spellbound as kidnapping survivors recounted their ordeals.  Experienced war journalists have given podcast accounts of being held by ISIS in Syria.  The wife of a factory owner in Mexico shared her experiences negotiating for the release of her husband.  A British woman told how she was awoken in the middle of the night by armed men who whisked her away from her resort off the coast of Kenya.  A despondent shopkeeper in Venezuela explained how thugs kidnapped his son as he trudged home from school.

So, yes, people do get kidnapped.   And it’s not just the wealthy that are affected.

What are the odds of foreign cycle tourists in Mexico getting kidnapped?  Probably pretty low. Targeting foreigners would mean international attention and that’s something most criminals steer clear of.

I know the biggest risk I run by riding across Northern Mexico—even in areas deemed extremely dangerous by the US State Department- is getting hit by a distracted driver.  Smartphone addicts are the real danger to two-wheeled travelers.

I also know that I couldn’t really relax and enjoy a ride across Northern Mexico.  I’d worry too much. I’m the first to admit my kidnapping fears are slightly irrational.  But, as much as I might like to be a carefree individual who could ride her bike through slightly sketchy spots without concern, that’s not me.

That’s why we were being held up at the US border post between Agua Prieta and Douglas, Arizona. The US immigration officials didn’t think our one-week stay in Mexico amounted to a substantial departure from the US.  Eric had just spent 6 months in the US and officials saw no reason to grant him six more, back-to-back.

Which would be really, really bad for us. We’d be stuck in Mexico(a place I’d concluded was too dangerous for touring) and we’d miss our planned flight from New York to Kazakhstan in early April.

Luckily, a kind-hearted supervisor decided to hear us out.

I passionately pleaded our case.  Eric wasn’t entering the country in order to ‘steal’ a job from a hard working American. We really did just want to ride our bikes across the southern US.  In a last ditch effort to convince the officials of our honest intentions, we pulled up bank statements and photos on our laptop to prove financial solvency and explain our bike touring project.

After three hours of tense dialogue, the coveted stamp was issued.  Eric was in for six more months.  Now it was time to ride to Tucson. 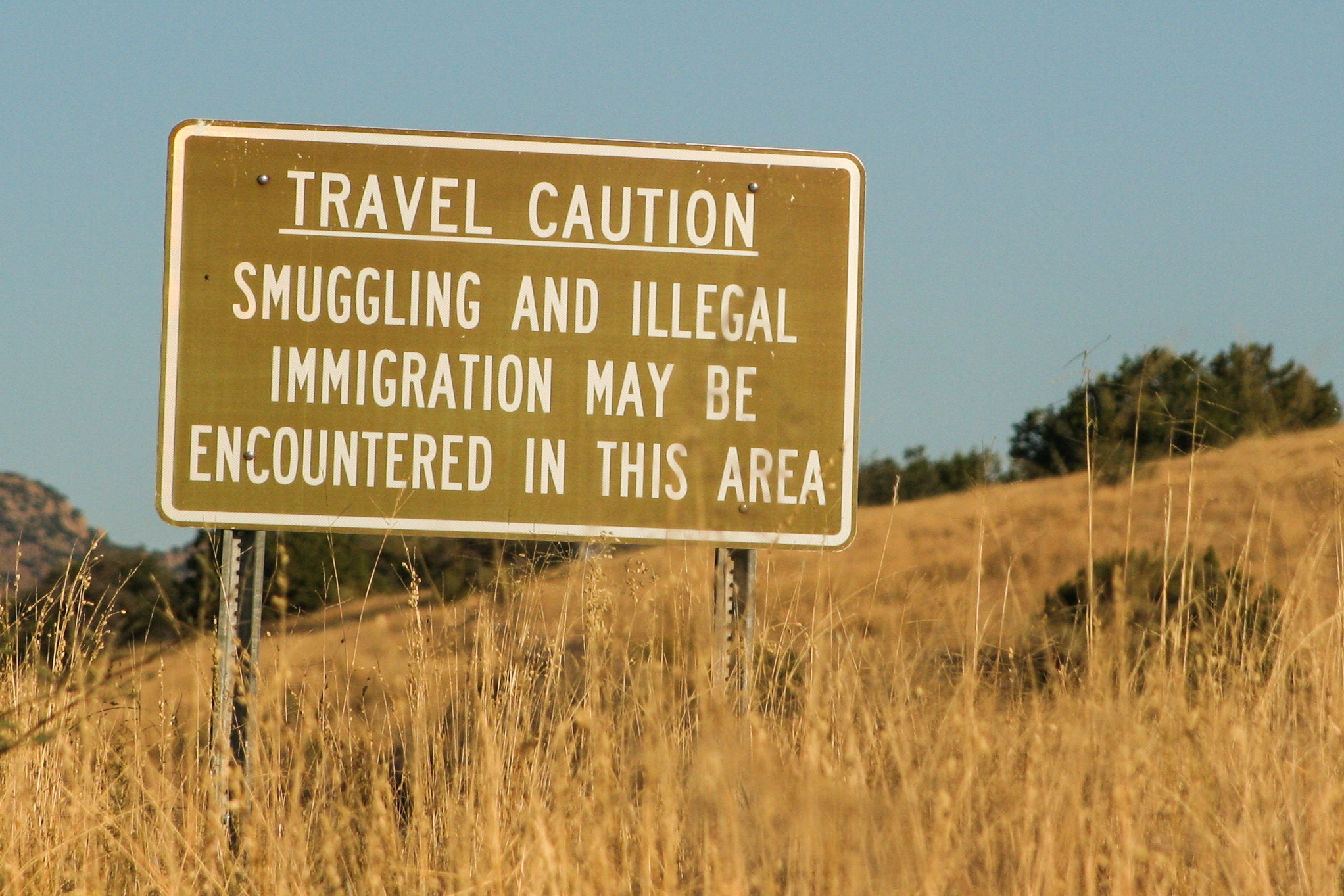 10 thoughts on “Complications at the Border”

Biking Across America on $7 Per Day

Can you afford a long-distance bicycle tour? I’m convinced a lot more people would go bicycle touring in the USA...