As we crested the summit, a gust of wind brushed away a thick tangle of clouds and our eyes fell upon a spectacular sight:  Mount Merapi, Indonesia’s most active volcano.

Despite Merapi’s daily rumblings the menacing plumes of smoke drifting over the peak, the fertile land is blanketed in terraced rice fields and symmetrical garden plots.  Rambling villages speckle the mountain’s slopes.

It’s a danger zone, not doubt.  Fortunately, when we passed, Fire Mountain was at rest.   Mother Nature humbled us without a lethal spraying of volcanic rock and ash.

Java’s got a bad rap amongst cyclists.  It’s crowded, its roads are treacherous and people less friendly than those on outlying islands.  Your best bet is to whiz through Java and get to the good stuff: Sumatra, if you’re heading north; Bali, for those travelling south.

This is all true if you stick to the main roads.  By day’s end your head will be throbbing from the cacophony of trucks rumbling by and motorbikes blasting past.

But route possibilities are endless on Java.  With the help of our GPS, Eric was able to navigate us through some beautiful backroads.

As long as the roads are flat, Indonesians embrace the humble bicycle.  Girls and boys in crisp uniforms trundle off to school on two wheels, hard-working villagers balance unbelievably heavy loads on ancient machines and the urban elite fly by on flashy bikes costing the equivalent of several years earnings for their rural neighbors.

It’s fun being part of the crowd. We get a few long looks, but nothing like the attention we garnered on Sulawesi.  The Javanese are industrious people, with no time to linger by the roadside chatting with foreigners and snapping their photo. 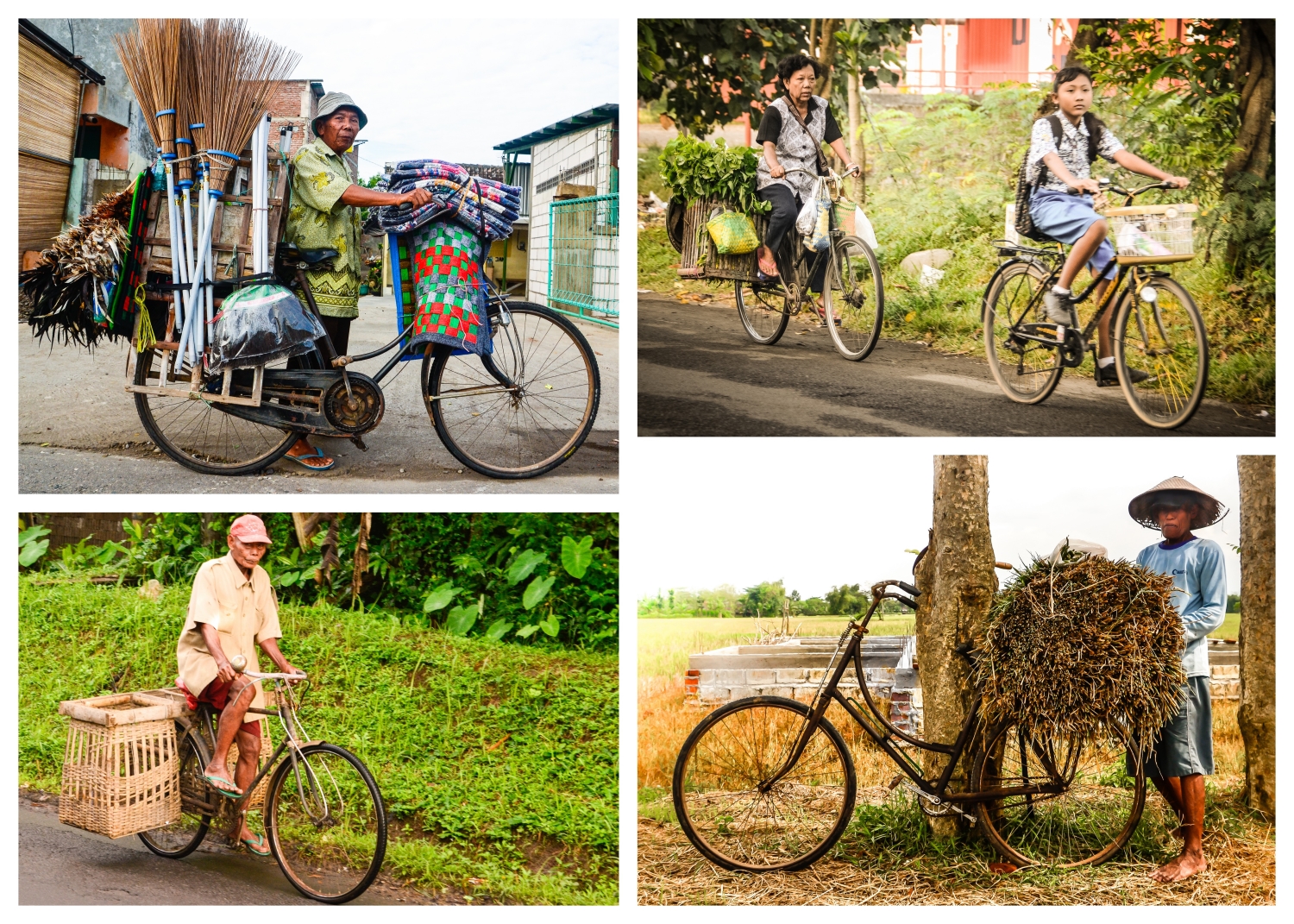 Well, at least the biggest cultural tourist attraction.  Bali’s beaches are, obviously, far more popular than 9th century Buddhist temples.  We’d had our fill of beautiful coastline on Sulawesi so wandering around ancient temples came as a pleasant change.  The setting,  a meticulously manicured park surrounded by lush tropical countryside  and  rolling hills, couldn’t be lovelier.

2 thoughts on “Venturing past Volcanoes”

We made It (but just barely)!