This is a guest post from British cyclist Dominic Luther of OneBikeOneWorld.

Venezuela is a fascinating country with its fair share of problems, but definitely worth a visit. The very noticeable prevailing winds come from the east, so if you start in the Gran Sabana you’ll get a delightful tailwind blowing you across the country.

When they’re not behind the wheel, Venezuelans are great people. They are willing to talk about their country and its intriguing idiosyncrasies. The people were much more open and free to speak than those in for example Cuba. They are also incredibly warm and giving, which after a long day riding through the hot and open plains of Los Llanos is just what’s needed.

I entered Venezuela from Colombia.  The ride from San Cristobal to La Grita and on towards Mérida is a definite highlight.  There is minimal traffic as it winds its way up and down a couple of mountain passes.

The 50kms before Mérida are a little busy, but after that you’re all by yourself as you climb up to almost 4000m. The climbs are generally well graded, which means they are quite long, and have brilliant views. It was closed when I was there, but the longest cable car in the world, from Mérida to Pico Espejo is supposed to open again in 2014.

For those who like hiking, Pico Humboldt, at just under 5000m is summitable without any technical climbing needed. 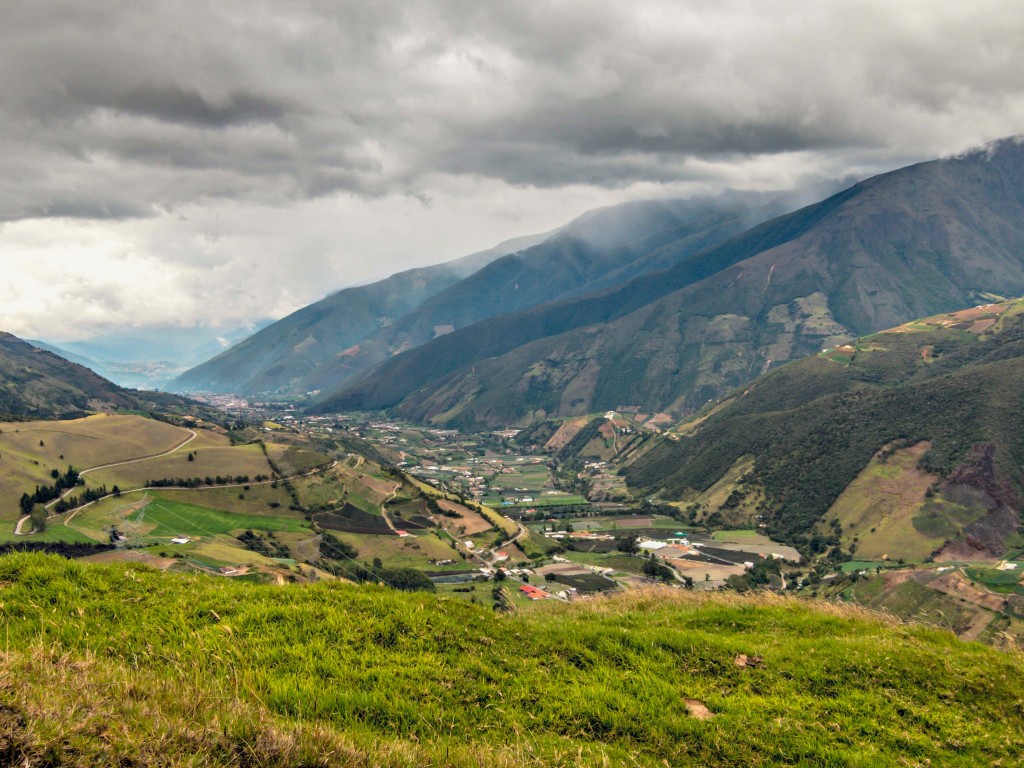 When I told people that the Andes was my favourite place in Venezuela everyone told me that was because I hadn’t been to The Gran Sabana.

Now that I have gone, I’m not sure.

I think it’s unfair to compare them. The Gran Sabana has numerous tepuis, table mountains, including the climbable Mount Roraima, whose summit is in Venezuela, Guyana and Brazil.

There’s a long gentle climb up to it from the north, and once you get up you’re met by the national guard who are happy to share a coffee and a snack with you as a reward. The greater reward is just a few kilometres further along, when you start to enter the rolling hills and the saltos – waterfalls – that are dotted everywhere. The largest, which you have to fly to, being Salto Angel (Angel Falls) the world’s highest waterfall with a single drop of 807m. The area is filled with indigenous villages, who live very differently to the modern Venezuelan, and can be a delight to talk to.

The 3 peak months are April, August and December, and outside of that you have a huge area with countless wild camping opportunities next to your own river. 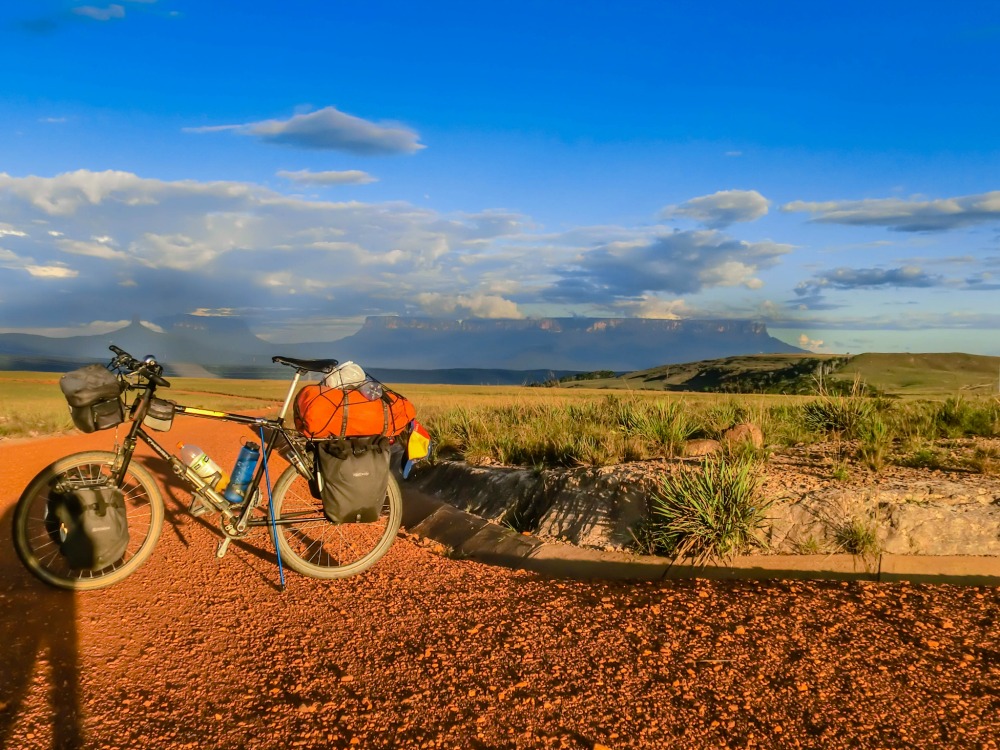 It seems that many people arrive in Colombia and head straight south to Ecuador and beyond and thus miss out on Venezuela. People in the country know this and are so happy that you’ve taken a diversion and come to their country. There are still parts of Venezuela where a touring cyclist is incredibly rare, and that can be pretty wonderful – as long as you don’t mind a few confused stares. 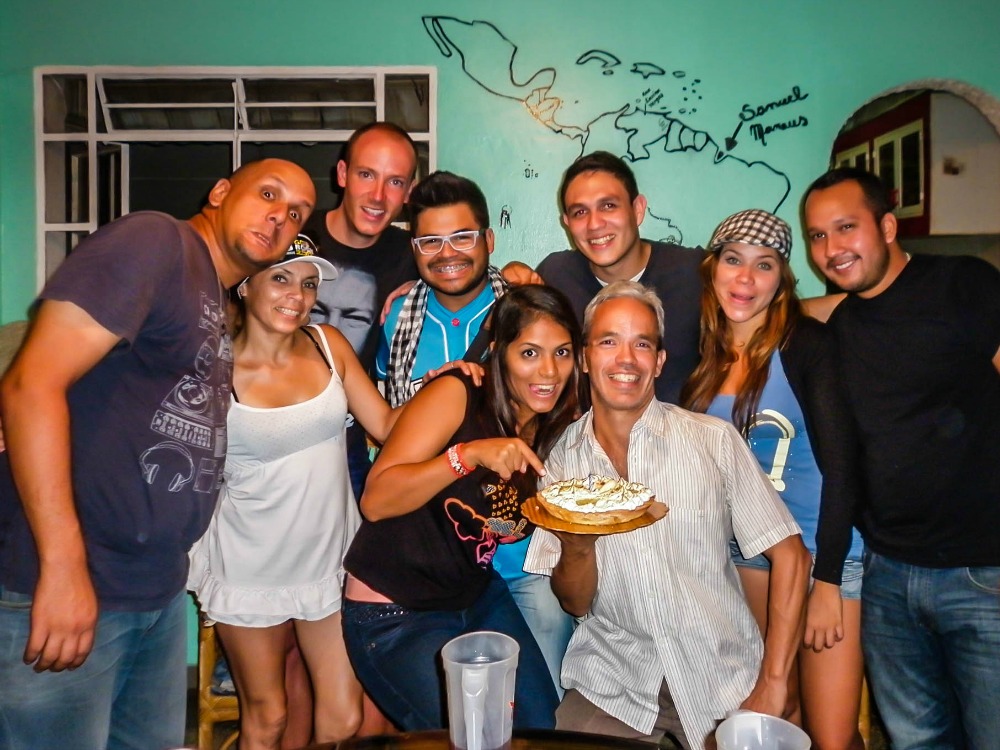 The official exchange rate at time of writing (Nov 2013) is fixed at 6.3 Bolivares to a USD. The black market rate? Round about 60. That doesn’t mean that it’s 10x cheaper than your average country, but at the black market rate it means a set menu that in neighbouring Brazil would cost $10 or in Colombia $5 costs less than $2. These prices apply to any domestic products, so you can’t turn up and buy ridiculously cheap electronics. Having said that, make sure you bring USD or convert your money at the border as if you use the ATM’s in country you’ll be paying official rate.

Dominic Luther is a 30 year old Englishman who spent 6 years working as an English teacher in Asia to save up for his bike touring adventure.

He’s been on the road since April 2011 and has covered 50,000 kilometers and 16 countries between Florida and  Suriname.

He’sl keep going until the motivation ends, be that in 6 months or 6 years.

The Joy of Suffering

Eric shot me a look of quiet desperation, “Why are we putting ourselves through this?” It was a fair question....