One reason bicycle touring is so beloved is that it drags us away from all the distractions of daily life.

While out riding, we stop obsessing over Twitter followers, Facebook likes and the latest i-phone apps.   Being out on the bike, we distance ourselves from the latest political upheavals and forget about Islamist militants in Mali, budget cuts in Europe and the widening gap between rich and poor in the US.

Need to get away from it all?  I can’t think of a better place than the Forgotten World Highway.  This New Zealand North Island ride is 180 kilometers of remote countryside miles from anywhere.  There are no supermarkets or souvenir shops, no tour buses and hardly any traffic.

What you will find is sheep and cows.  The odd farmhouse, eerie settlements long deserted, and deep gorges covered in native forest.  There’s even one rogue township (Whangamomona) which has asserted its independence and claims to be a Republic.

The Forgotten World Highway, I should point out, runs through some of New Zealand’s most rugged and scenic countryside.  This is not a ride for those unprepared to give the pedals some serious cranking!  There are hills, my friend, and lots of ‘em!

We warmed up for the Forgotten World on a nice stretch of coastal cycleway near New Plymouth.  We’d just said goodbye to our Warm Showers hosts, Rhys and Diana.  It was an eventful departure, with Diana bursting in at the last moment with fresh rabbit roadkill for Gerald, the family dog.

Those are the travel moments that always stick with me.

With the easy cycleway cruising behind us, we headed into the hills.  The traffic soon petered out and we found ourselves alone with flocks of bleating sheep and curious cows wandering across the road.

Most of the Forgotten World Highway is paved–which is good because you need a nice smooth surface to tackle all the steep climbs.

In a couple of spots, the NZ government hasn’t gotten around to pouring tar.  You wouldn’t think 15 kilometers of gravel would be a big deal.  After all, If gravel is well packed it can be almost as good as a sealed road.

But when somebody from the highway department has just dumped a big load of fresh gravel and left it to be worked in by passing vehicles, you’re in trouble.

The bikes are almost impossible to control on such a surface.  It’s like cycling on marbles.  The tires (even our excellent Schwalbes) quickly lost their grip.   It takes all your concentration not to tumble. 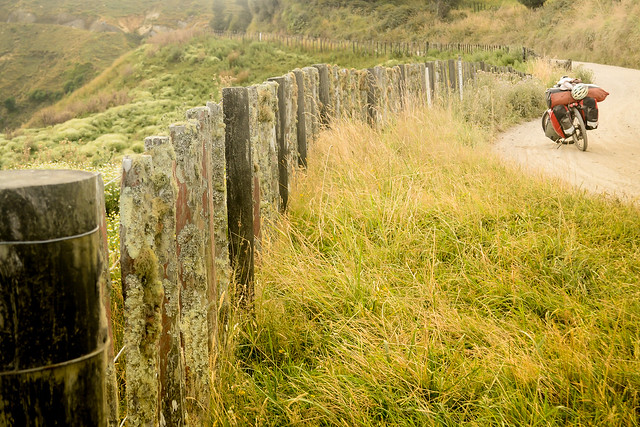 That night we pitched up at a farm run by sweet faced grandmother.  She was a recent widow.  Lonely, I suppose, but unwilling to leave the land she loved.  Before dawn the next morning, she was out in her wellington boots scattering feed for the chickens and milking the cows.

After our usual porridge (better these days with the addition of coconut flakes), we hopped on our bikes and bid her farewell.

We bumped along the gravel road, surrounded by emerald  green pastures.  We made good time up and over another steep climb.  In fact, it was up and down all day long.  We crossed paths with a couple other cyclists.  They were pushing decidedly less loaded bikes and I felt the slightest tinge of envy as they roared past.

But when it gets right down to it, I’m not willing to give up my little extras (big computer, pillow, yoga mat, extra clothes, serious stocks of food) for a lighter load. 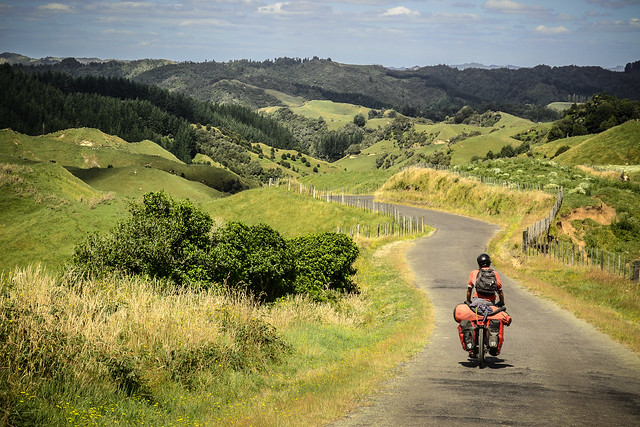 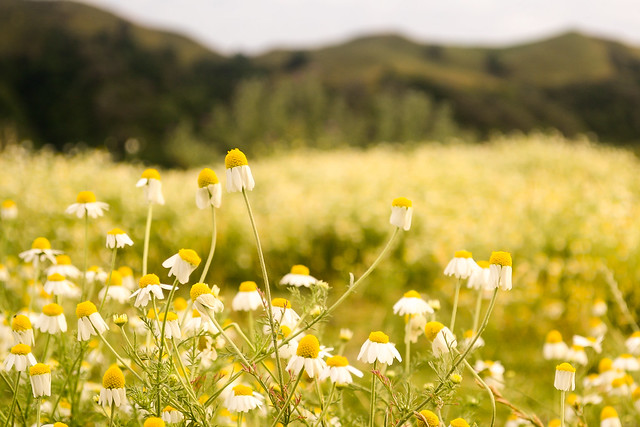 Finally we made it over the last big hill before Taumarunui  (and the end of the Forgotten World Highway) and called it quits for the day.  Our legs were heavy with fatigue and it was time to fire up the stove and prepare a big plate of pasta.

We discovered an abandoned farmhouse and decided to set camp up out back.  The water tap was still flowing, so we filled up our Ortlieb bladder, attached the shower nozzle, stripped down and rinsed off a couple days of sweat and grime.  It was with great satisfaction that we dove into the tent for a well-deserved rest.

A storm front rolled in overnight.  You can experience all four seasons in a day, that’s what they say about New Zealand weather.  Our final Forgotten World Highway kilometers were cranked out hunkered down in a deluge.

We rolled into Taumarunui soaked to the bone.  The rest of the day was spent huddled in the public library surfing the internet on the free WiFi.  We were back to the real world.

3 thoughts on “A Forgotten World”

I sometimes think we ought to hire ourselves out as rainmakers.  It seems wherever we cycle the wet weather follows. ...