On his ride across the Americas, Andrew Morgan discovered that the destinations that get the most hype aren’t always the most interesting.

This week he shares with us his experiences in an often-forgotten corner of Central America.

El Salvador, the smallest country in Central America, is a fantastic place to cycle:  it has a coastline of desolate beaches, locals who are eager to help travelers, and some of the most delicious food in the region.

The entire country can be traversed in a week or less by a cyclist.  This is unfortunate—there’s much more to see there than meets the eye.

You’ll have no problem camping in El Salvador.

Hotels that have the space will often allow you to pitch a tent on their grounds for a small fee.  One night I asked around for a camp spot and was directed to an area behind the local soccer field.

Every small village and town has a soccer field in El Salvador.  As tempting as it might be to camp directly on these fields—they’re always flat and usually grassy—cyclists should avoid doing so:  soccer is taken seriously in Central America and the fields the sport is played on are equally as important.  (More than once I heard people say that soccer was their religion.)

Between the beaches and farmland, El Salvador has plenty of places for a cyclist to stash his/her tent for the night. 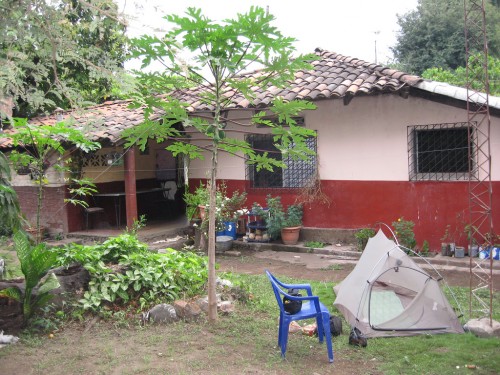 Salvadoreans I met were quick to flash me a smile and ask questions about my trip.

When I asked a farmer for permission to camp in his field one afternoon, he didn’t hesitate to invite me to camp in the yard behind his home.  We had a long dinner with his family, talking openly about local politics and crops grown in the area.

I left the next morning feeling not only as if I had learned an immense amount the farmer’s life, but like I had made a friend as well.

I never once felt unsafe while traveling in El Salvador.  Salvadoreans, like most people I met on my ride through the Americas, were kind and hospitable.

Because of the country’s budding tourist industry and because many Salvadoreans aren’t used to seeing foreigners (and especially foreign cyclists), I constantly felt as if people were inquisitive about me and my trip.  Starting conversations was easy. 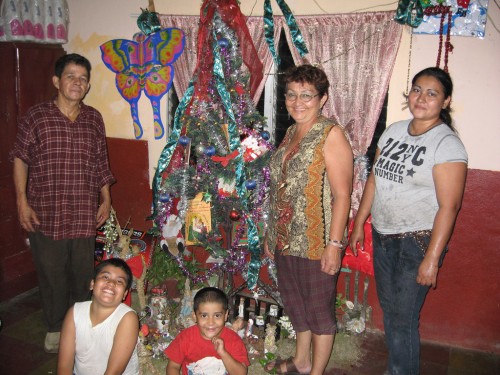 Although El Salvador is the most densely populated country in Central America, you’d never guess it by traveling its roads.

Wide-shouldered at times and often free of traffic, the roads I cycled were always well paved.

Taking a coastal route through El Salvador affords a cyclist with breathtaking views of empty coves and crashing turquoise waves.  Some of the climbs are tough, but the scenery, very similar to views found along the northern California coast, is worth the effort.

Further inland you’ll see volcanoes looming over fields of maize and sugar cane.  On one seemingly deserted stretch of road, I spotted a group of kids selling iguanas—$12 US a piece—by the roadside.  Pulled from the trees by hand, the lizards, if the kids were lucky, would end up on someone’s plate.

Whether you spot volcanoes or iguanas, the roadside scenery in El Salvador will leave you eager to see what lies around the next bend. 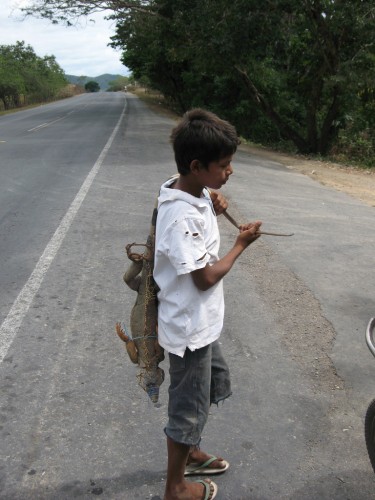 Bike trips hinge on the food that fuels them.  El Salvador is definitely home to cyclist-friendly cuisine.

Pupusas, a national staple, are thick, doughy tortillas filled with cheese, beans, or meat.  You can find them at roadside stalls and sit-down restaurants alike.

Not in the mood for something so heavy?  Try a standard breakfast of scrambled eggs, beans, and fried plantains.  Fresh fruit and hand-squeezed fruit juice are everywhere.  Bakeries serve up a variety of cheap pastries and cookies, perfect snacks to stash in your handlebar bag. 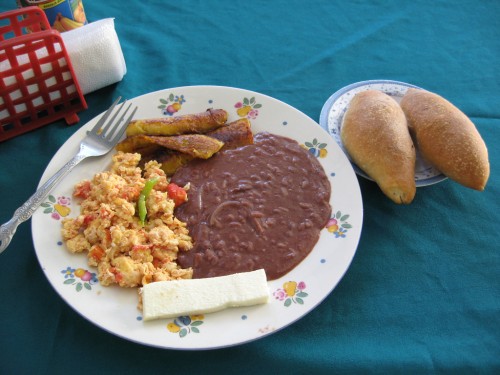 I had never heard of El Salvador’s beaches before arriving there.  Lined with palm trees, the black sand beaches that stretch up and down the coast are some of the prettiest you’ll see in all of Central America.

Unlike some of Costa Rica’s crowded beaches, El Salvador’s long stretches of sand are, for the most part, people-less.

An emerging surf scene is taking root at a handful of consistent beach breaks.  If you like to surf or have always wanted to learn how to, don’t hesitate to stop in one of the small beach towns—places like Sunzal—to rent a board and take a break from the saddle.

The beach camping is good year-round, with warm equatorial water never more than a stone’s throw from your tent. 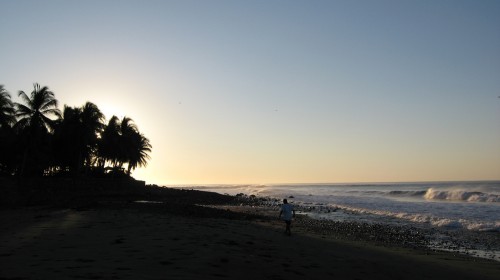 Andrew Morgan is a former teacher who spent two years cycling across the Americas.

The trip taught him that the world is still big, that people aren’t out to get us, and that we all want the same things in life:  love, health, security, knowledge, and opportunity.

A book about his world cycling adventures will be published soon.

More about Andrew’s two-wheeled adventures in search of tailwinds, smooth roads, and students he can learn from on his blog: TeacherOnTwoWheels.com

Ever been surprised by a country that wasn’t billed as particularly special?  Please share.

Emily and Max are only just back from their epic Africa ride.  The tiny country of Burundi left a big...