This is a guest post by Pat and Cat of WorldRiders2.com

This goes way beyond the Coca that locals there chew. We tried that in a tea but it only slightly upset our stomachs. When we think of getting high in Bolivia we remember being over 14,000 feet above Sea level several times.  We remember heavy breathing and free oxygen at Hotels. We cycled UP from Argentina and crossed the border at La Quiaca. There is an immediate change in altitude, attitude and the look and feeling of the scenery and the wonderful people. 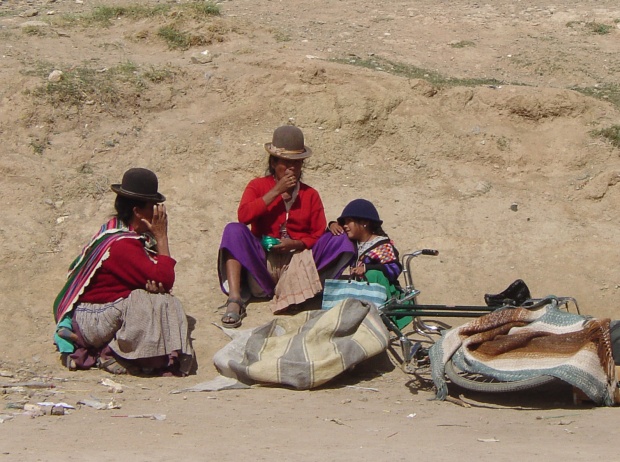 If you’re in to surrealism here’s your chance to live it. The Salar is the world’s largest salt flat. Locals make a living mining and refining the salt. We even stayed in the Salt Hotel. Yup, it’s completely made of salt including the tables and benches in the dining room.  One young Argentinean cyclist we met there kept licking the walls as though to verify it. We arrived during the WET season. A young French couple had cycled across, 50 miles in 3 to 10 inches of salty brine. Their bikes were ruined, needed new bearings and more. They told of not being able to sit or rest and to eat standing holding their bikes. We didn’t cross but did get there and revel in the surrealism. 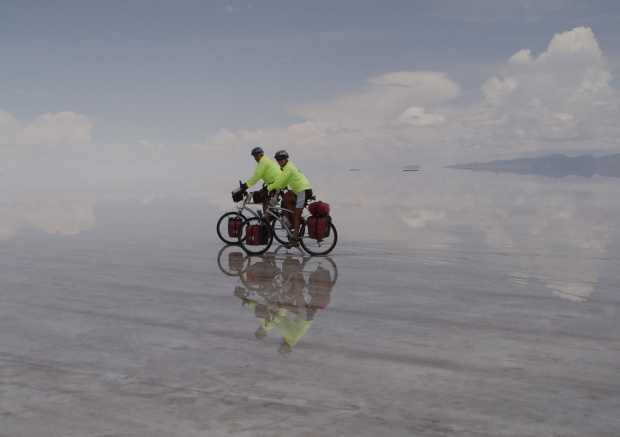 Trapped in rain and lightening we rode all day, into darkness. Then Rio Mulatos, cold swirling, knee deep, water. We pushed across, struggled up the muddy bank  and  into the village just as they lost all power.  Candlelight in a window drew us to Eloy. He cycled up in the rain, greeted us and insisted we come into his casita. Amazing guy, he has only one leg and one arm. He heated soup then again insisted that we sleep in his bed. Eloy manages the Bus Station. His insistence that there were rivers too deep to cross helped us decide to take a bus for the next 100km. Once on board we watched as the locals chattered and passed out coca from pouches. As they chewed they became very friendly. Then as the bus forded the third muddy river they all began to nod off. One guy said, “Don’t try to take our Coca away; we’ve used it for 1,000 years. It is to us what wine is to the French.” 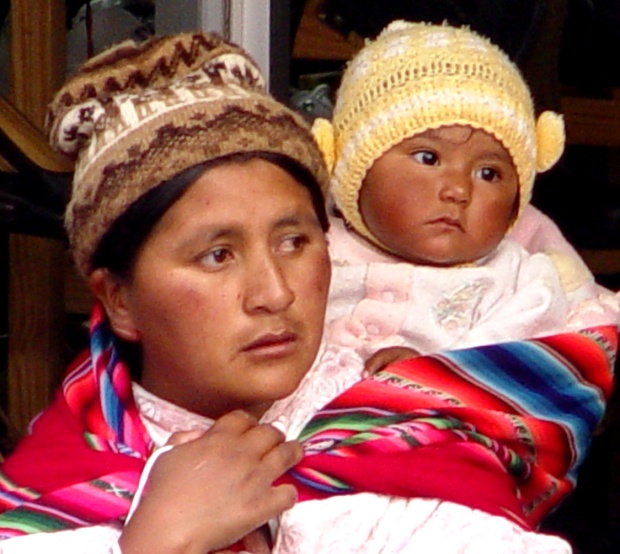 This Capital city, altitude 12,000 feet, sits in a chasm. Perched on the rim is the sprawling suburb of El Alto at 14,000 feet. Tired and ground down by altitude we tried to find a Hotel there. No luck, only a few tacky rooms above bars better suited for hourly patrons, if you know what we mean. So, we endured and found the ride down, down to be exhilarating. Aside from being the Capital, La Paz is also Bolivia’s largest city, home to more than 1, 500,000 Bolivianos. 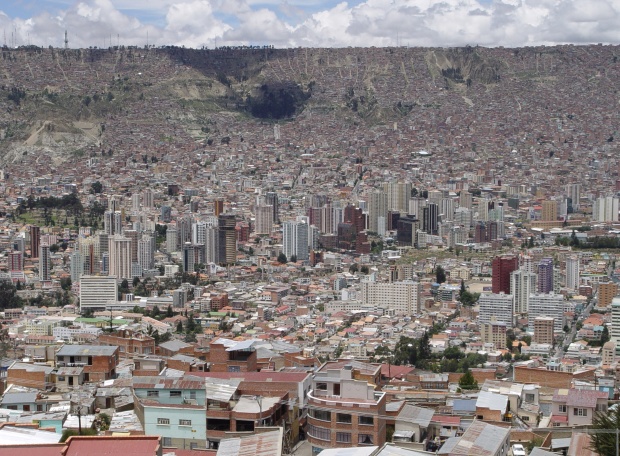 At over 12,600 feet this highest navigable in the world straddles the Bolivian/Peruvian borders. Aside from just a breathtaking views and Moorish style Cathedral the best of it for us was a boat ride to the Floating Islands. Formed with reeds they were originally built as protection from enemy tribes. What a unique way to live and although it’s a bit touristy a lot of the locals still live on these undulating floating islands. The reed boats were fascinating, too. 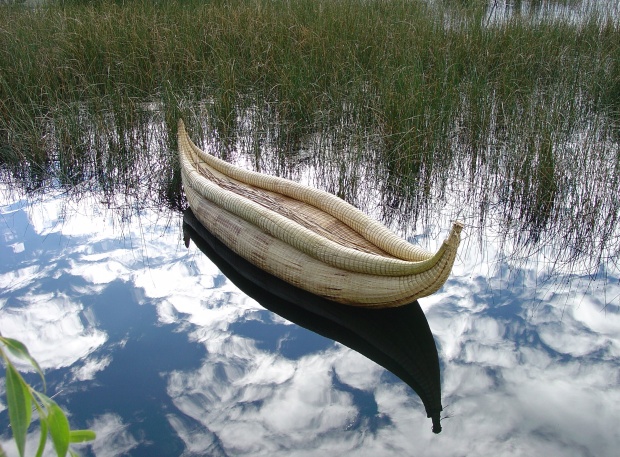 Pat and Cat are two California retirees who have cycled around the world.  They continue to set off on bicycle adventures across America.  You can read all about their travel tales at worldRiders2.com.
Top 5 Reasons to Cycle Bolivia

This is a guest post by Anne and Hadrien, the Veloptimistes. Reason #1 People are so kind: we meet great...